Norton Healthcare administered about 600 doses to kids and teenagers between 12 and 17-years-old across six of its sites Thursday. 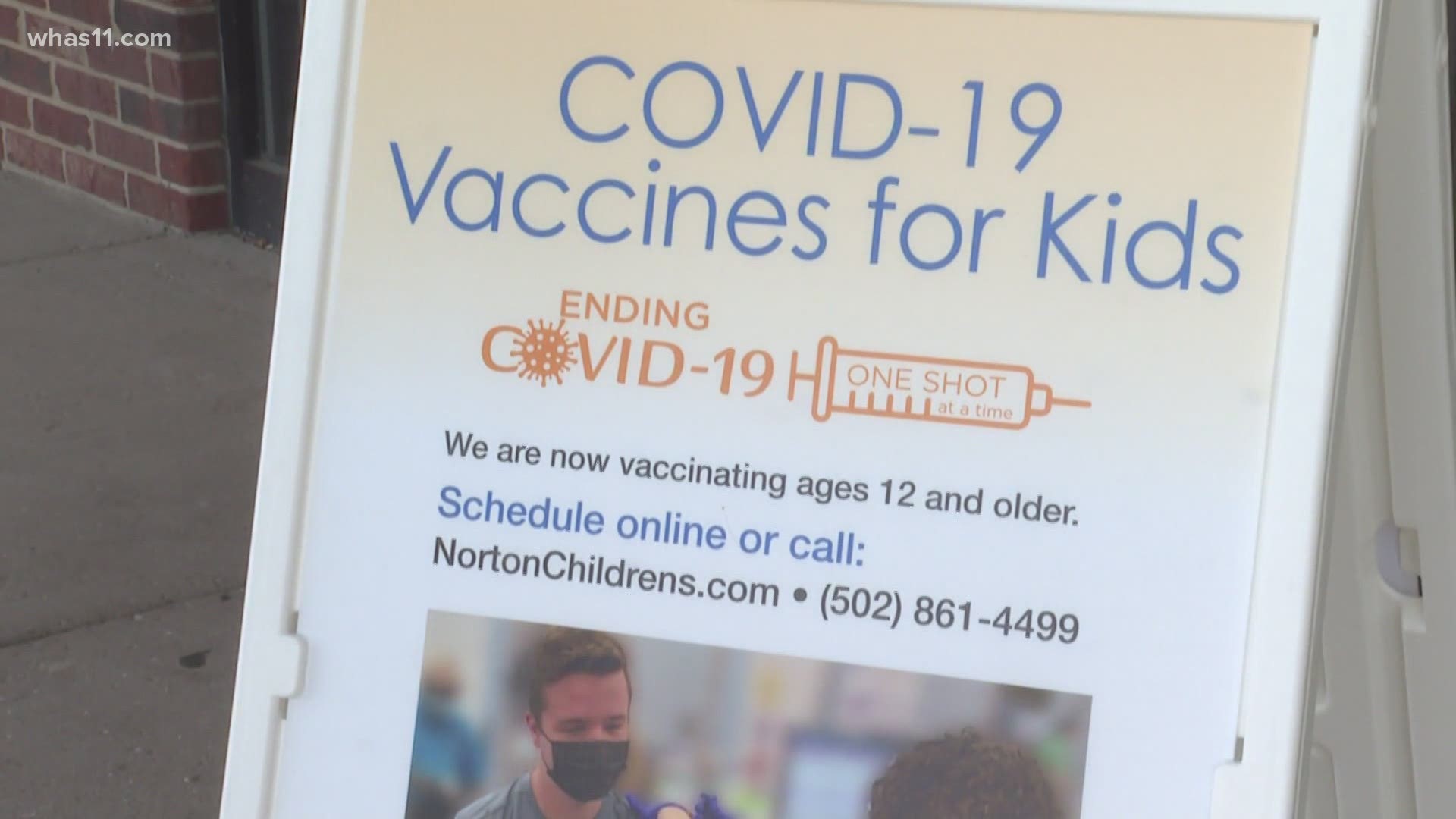 LOUISVILLE, Ky. — Hundreds of kids as young as 12 stood in line with their parents waiting for their turn to get the COVID-19 Pfizer vaccine Thursday.

It was the first day the vaccines opened to children between 12 and 15.

"It was pretty easy and it's quick," 12-year-old Stefan Kourelis Fredriksson said. "We're probably going to go out in the public now because my whole family is vaccinated."

As soon as the vaccines became available to the kids, Keyana Thomas registered her 14-year-old son Malachi Ibn-Mohammed.

"I rather take the chance with the vaccine than to see them sick," Thomas said.

Most of the children at Norton Healthcare's St. Matthews site said they 'can't wait to hang out with their friends again.'

"I know one of my friends is getting it two weeks from now," Ibn-Mohammed said. "It's going to be fun because last year I didn't get to go outside because we were still in lockdown but this year I get to go to the movies and see my friends."

Eric Lea, 12, was nervous about the needles, but once he got past that he felt like doing his part meant the start of a new and brighter beginning.

"I feel like I could do stuff now I think I'm safe," Lea said.

While he waits for the second dose, he plans to push his friends to follow his footsteps.

"Because then we will all be safe and we could meet up and it's not even that painful," Lea said.

Norton Healthcare administered about 600 doses to kids and teenagers between 12 and 17-years-old across six of its sites Thursday. About 3,600 appointments were scheduled as of Thursday morning.

"I think the expectations that we have are that everyone will be excited about the vaccine and so to see thousands of people come out and excitement about the vaccine is really heart-warming and it's really what we want," Dr. Daniel Blatt said.

Governor Andy Beshear said there are about 231,000 Kentuckians who are in the 12 to 15 age group which makes up about five percent of the state's population so to reach herd immunity, he's encouraging every parent to register their child for a vaccine if they are eligible.