Concerns expressed about equal access to COVID-19 vaccine in Louisville

"There's definitely inequities in that and I have some processes in place to try and improve that," Dr. Moyer said. 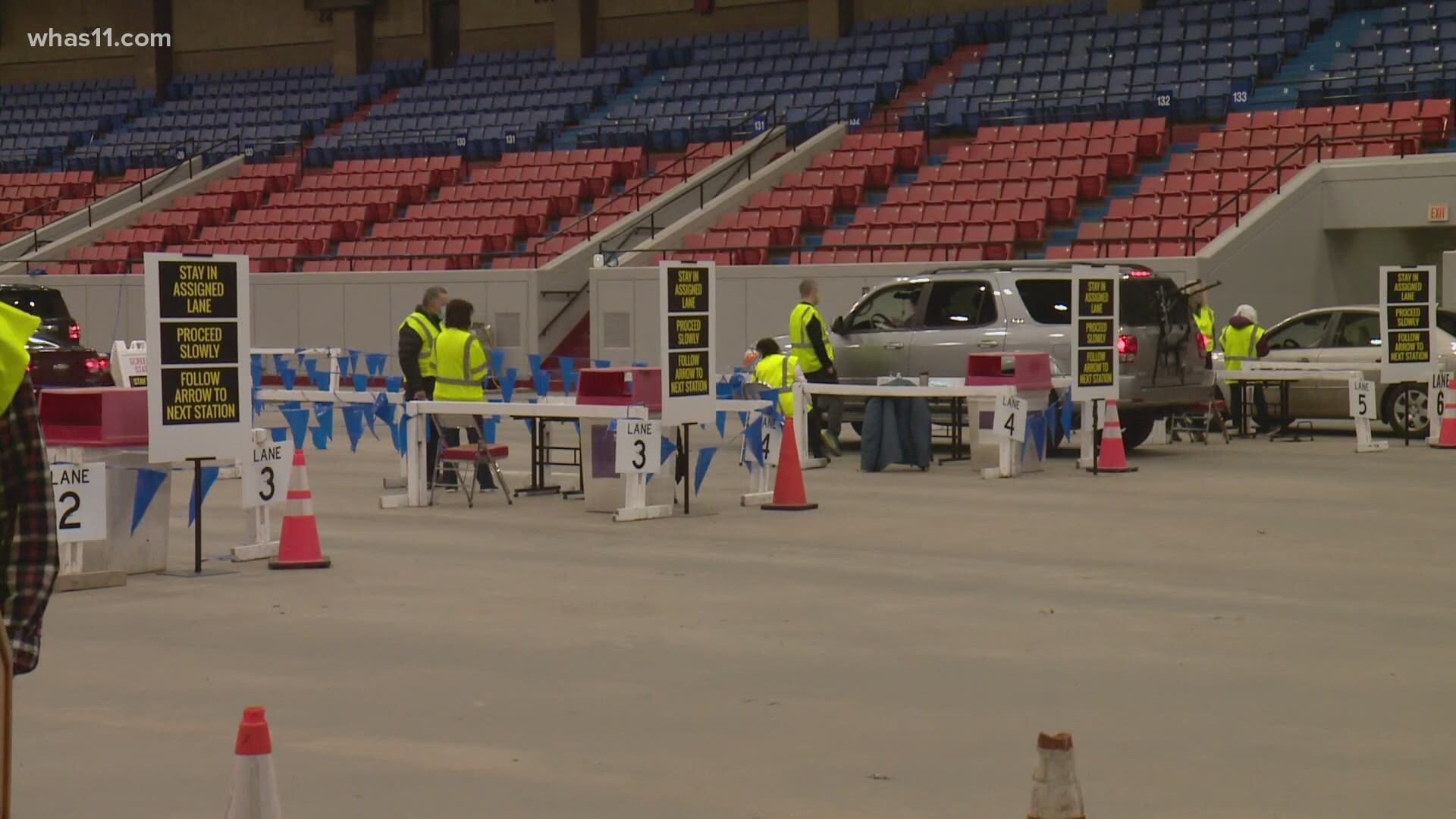 LOUISVILLE, Ky. — Louisville is racing to get the vaccine out as soon as it gets the supply in, but some are expressing concerns that the focus on getting shots into arms quickly, is leaving some populations out of the equation.

"We're in a race against time here to get vaccines in arms but it can't just be in any arm it has to be fairly across the community, everyone's arms," Councilman Bill Hollander, (D-9), said.

Hollander said Louisville is doing a good job of distributing the vaccine supply quickly, with the operations at Broadbent Arena's mass vaccination site "working extraordinarily well." But he also said there may be an issue with an early trend showing up in Louisville's vaccine data.

"I think we should judge on how easy is it for everyone of all types and all locations in the community to get access to those vaccine appointments. Is that being done in an equitable way?" Hollander said.

Dr. Sarah Moyer with the Louisville Metro Department of Public Health & Wellness presented updated information to a Metro Council committee this week showing disparities in who is getting the vaccine and potentially equal access to shots.

"There's definitely inequities in that and I have some processes in place to try and improve that," Dr. Moyer said. "I hope the next time we come back that map will look different."

Dr. Moyer points to two maps of Jefferson County, showing higher death rates from COVID-19 in West and South Louisville neighborhoods. On the other hand, it shows vaccination rates for all of those who've received their shots so far, and the breakdown of specifically the 70+ population, are higher in eastern Jefferson County.

"It appeared to indicate that the percentage of people getting vaccines in the eastern part of the county was significantly higher than other parts of the county, particularly West Louisville," Hollander said. "We know that there has been a disproportionate illness from COVID-19 in our black communities. To exacerbate that by having a disproportionate small number of vaccines is just wrong. No one wants that."

"I have great concerns," Mathies said. "I know people who are eligible for the vaccine but are struggling to get the shot and where to go to get it."

Dr. Moyer said one explanation for the disparities is due to the initial focus on vaccinating healthcare workers, educators, and first responders, who she said tend to be white in more affluent neighborhoods.

"Hesitancy among black people may be part of it. We've heard that around the country. But I think we also have to consider whether it's how we're signing people up," Councilman Hollander said.

Hollander also pointed to where vaccination sites are currently located, which are more central to the county. Mathies said it's also largely due to mistrust of vaccines by the African-American community.

"People are not signing up because of the access. I mean if they had mobile units, transportation available, local clinics, being able to get it through the doctors," she said. "The more knowledge people have, the more accessibility they'll feel as though they should take advantage of."

That's also combined with the technological barriers stemming from lack of internet access for many households, or the lack of internet skills by the elderly population, according to Mathies. She said more information needs to reach those populations so they know not only how to sign up for the vaccine if they're eligible, but to also learn more about the vaccine itself.

"They don't want the risks of taking it. That's sort of been the biggest outcry I've heard as far as their trust level," Mathies said. "There's not enough rollout as far as information in regards to helping them make that decision instead of just saying blankly 'no'."

"It's important that we understand that we have to be intentional about getting better and being equitable about this and things like how you sign up, how difficult is, where the vaccine sites are located can help us reach everyone in the community in a fair way," Hollander said.

Hollander said he doesn't believe the disparities are intention and has confidence Metro Public Health will work on addressing the issue. The beginning vaccine rollout trends, he said, also are not unique to Louisville. But he said he also wants to see the data posted publicly online.

"I think its important that we present all the data that we have," Hollander said. " I think that kind of data can help us be intentional about doing better."

Moyer told Hollander more of that data should be on the city website soon. She said she'd also partner with Metro Council to come up with solutions to fix any inequalities in vaccine access and distribution.