Gov. Beshear announced Kentucky would be allowing events and venues to open up to 100 percent capacity and the state will be lifting the mask mandate June 11. 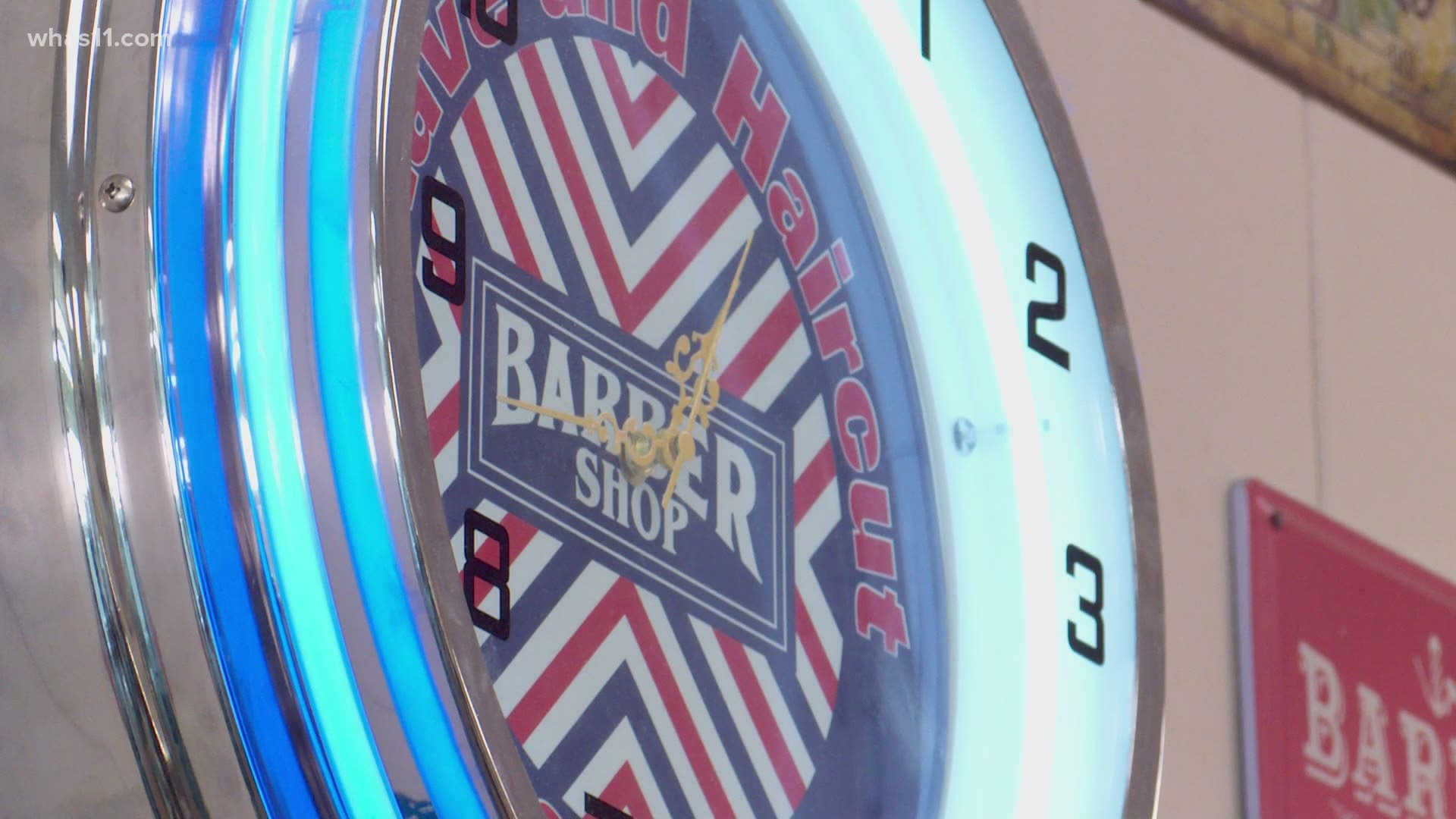 LOUISVILLE, Ky. — After more than a year of masking up and social distancing, local businesses are ready to see things get back to normal.

"As soon as they tell us we can lift it, we are ready to get these masks off," Tara Harris, the owner of Rolling Hills Plaza Barber Shop, said.

Gov. Andy Beshear announced Friday morning Kentucky would be allowing events and venues to open up to 100 percent capacity and the state will be lifting the mask mandate June 11.

The announcement comes a day after the CDC issued updated guidelines that allow people who are fully vaccinated, meaning it has been more than two weeks after their final COVID-19 vaccine shot, to not wear masks indoors and outdoors barring certain circumstances.

For Harris, this news comes as she's seen more customers returning to the barber's chair over the last few weeks as more Kentuckians are receiving their vaccines.

"Actually in probably about the last three weeks, we've had several customers we haven't seen in a year that's been vaccinated, so they're finally starting to venture out," she said.

Harris said she is especially looking forward to no longer having to wear a mask inside her shop, where she will often go hours without taking it off. She said this will also help her avoid confrontations with some customers who have pushed back against having to wear a mask, even though she said it is mandated by the state and the barber board.

"We've had several people that got a little irate when we told them we ahve to wear a mask," she said. "It's like we're just trying to protect everybody."

Rick Bartlett learned Friday morning that his restaurant, Ricky B's Club Cafe, would soon be able to operate at 100 percent capacity, which he has never experienced yet having opened in the middle of the pandemic.

"I don't know what that is, but I'm excited to find out," he said. "Now it's a different thing to manage - more people."

Bartlett said lifting restrictions will also help eliminate a lot of the uncertainty surrounding his restaurant, which has also recently seen business pick up.

"They come in, they say, 'Oh, I'm fine. I got vaccinated. I'm great,'" he said. "Nobody knew when, what, so you're focused on just the very next step. And now, you know, it's kind of nice to look a little forward to something."

Governor Beshear says he chose June 11th to give more people time to get their vaccines, including children ages 12 to 15.