Flags will be lowered for three days, then again Monday for Memorial Day. 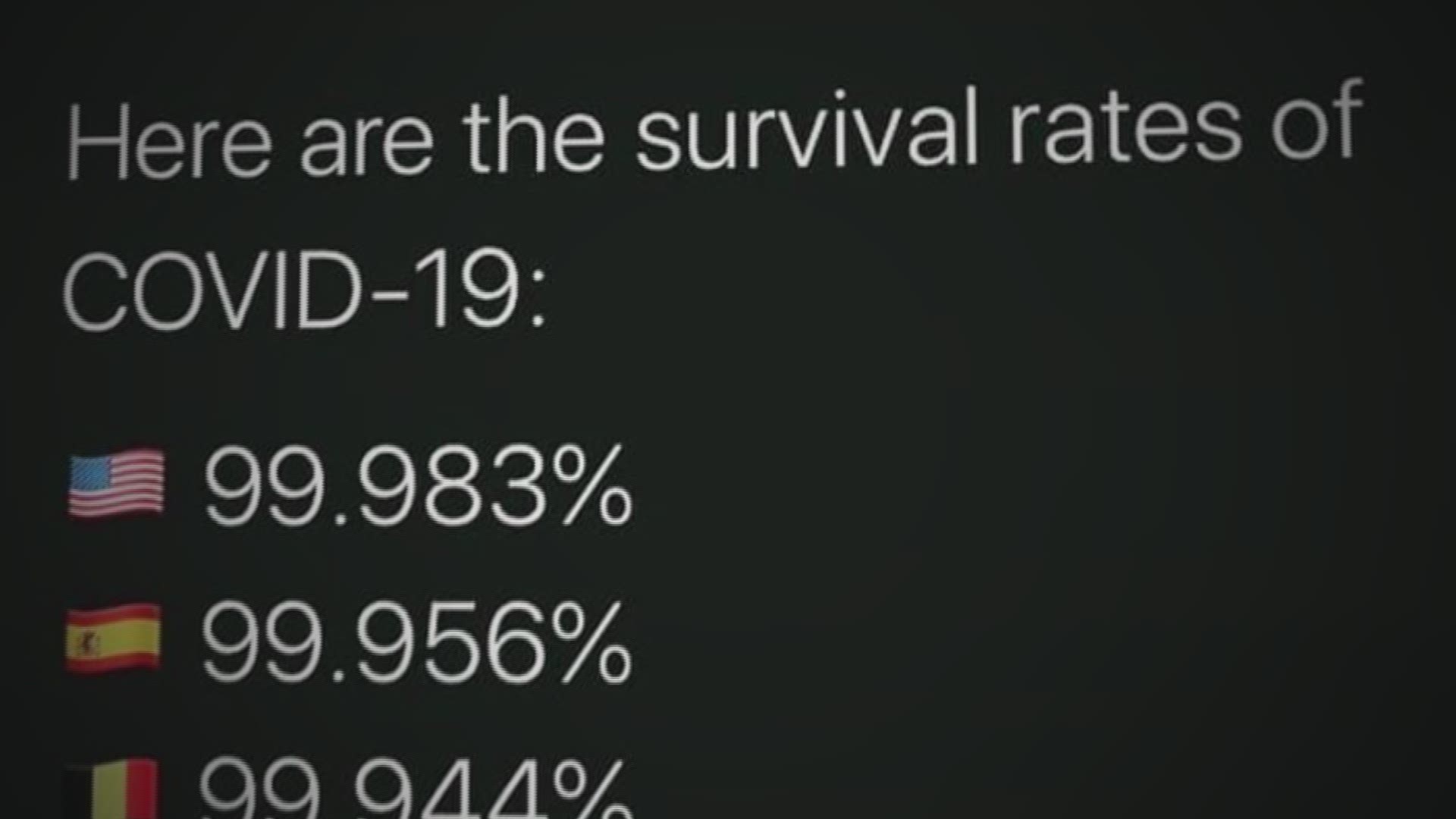 Flags at federal buildings and national monuments will be lowered to half-staff for the next three days to honor Americans who have died due to the coronavirus. President Donald Trump tweeted the announcement Thursday.

Trump also tweeted that flags will be lowered on Monday -- Memorial Day -- to honor military service members who have died.

"Respectful of them and the loss to our country, we are writing to request that you order flags to be flown at half staff on all public buildings in our country on the sad day of reckoning when we reach 100,000 deaths. It would serve as a national expression of grief so needed by everyone in our country," the letter reads.

Pelosi and Schumer also stated in their letter that Monday should be reserved for honoring American servicemembers.

For most people, the coronavirus causes mild or moderate symptoms that clear up within weeks. But for others, especially older adults and people with existing health problems, the highly contagious virus can cause severe symptoms and be fatal. The vast majority of people recover.