The iconic, animated sitcom has had a way of predicting the future over the years, and appears to have done it again. 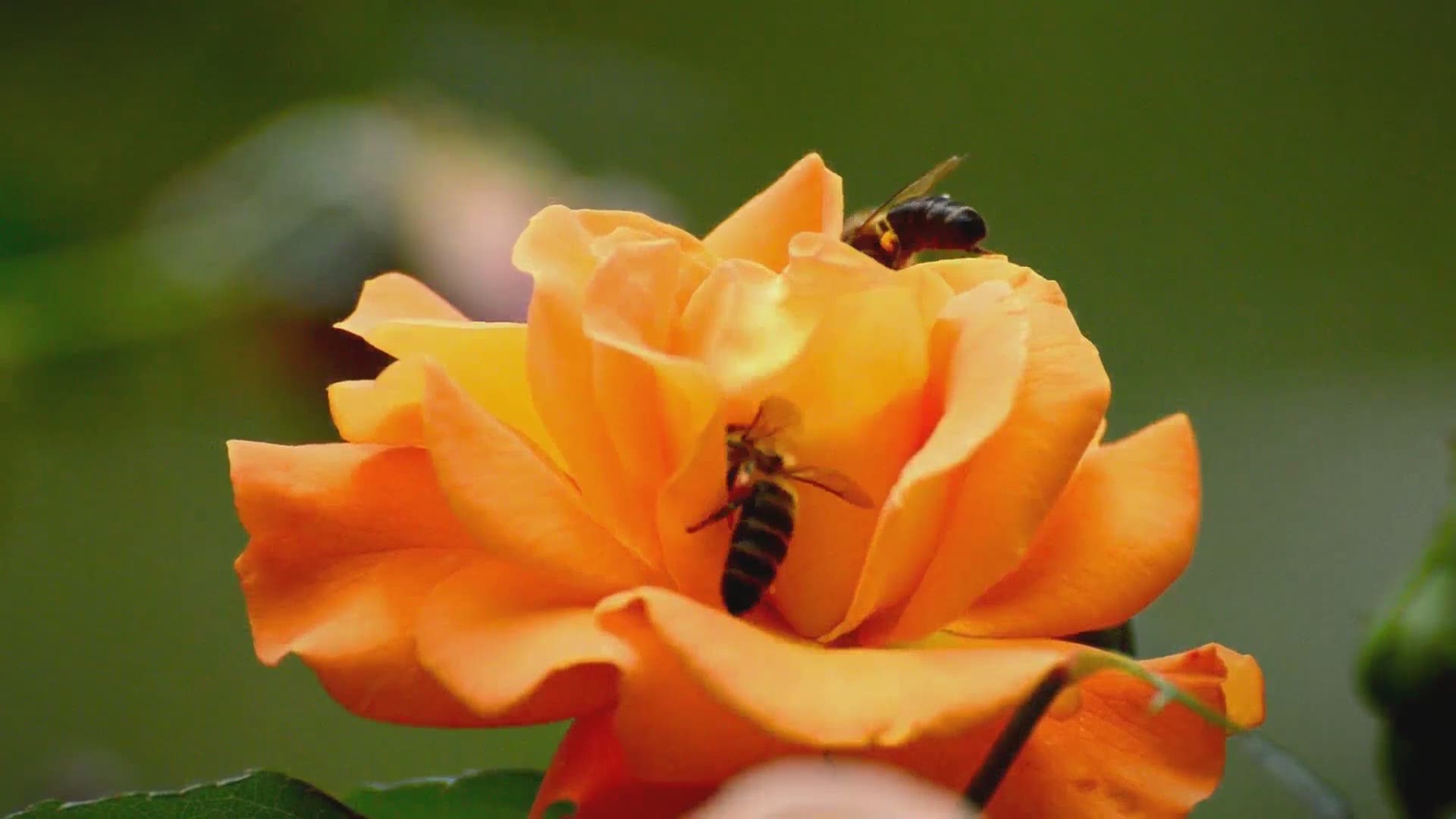 An episode of The Simpsons that aired 27 years ago may have predicted the COVID-19 pandemic and the arrival of the so-called "murder hornets."

It's not the first time the iconic, animated television series has seemingly predicted the future.

In the 1993 episode "Marge In Chains," a virus travels from Japan to the Simpsons' hometown of Springfield. The residents protest outside of a hospital, demanding a cure.

Dr. Hibbert says, "Why, the only cure is bedrest. Anything I give you would only be a placebo."

"Where do we get these placebos?" a woman asks in a panic.

"Maybe there's some in this truck," a man yells.

As the crowd knocks the truck over, a crate labeled "Danger: Killer Bees" is accidentally opened, sending the crowd running.

The killer bees reference loosely tracks with the Asian giant hornet which has appeared in Washington state. But as the TEGNA VERIFY team points out, while the so-called "murder hornets" can produce a painful sting with venom that is more toxic than bees, the number of human deaths attributed to them is low. They are mainly a danger to honeybees.

Bill Oakley, one of the writers for the episode, had to admit how prescient the episode was.

"OK fine I guess we did," Oakley tweeted about the prediction.

RELATED: VERIFY: What 'murder hornets' are and what they're not

"The Simpsons" has a habit of predicting things that have come true in the real world, or have come very close to it. One of them happened in the episode "Bart to the Future" in 2000. We learn that in Bart's future, Lisa has become President of the United States, having taken over for Donald Trump. That episode came out 16 years before Trump was elected.

RELATED: In 2000, 'Simpsons' said Trump would be president

In 1998, The Simpsons predicted Disney would take over 20th Century Fox. Twenty-one years later, it happened. And in 1993, two performers meant to be characatures of famed Las Vegas entertainers Siegfried and Roy were attacked by a white tiger. Ten years later, Roy was attacked on stage by a tiger and leaving him partially paralyzed.