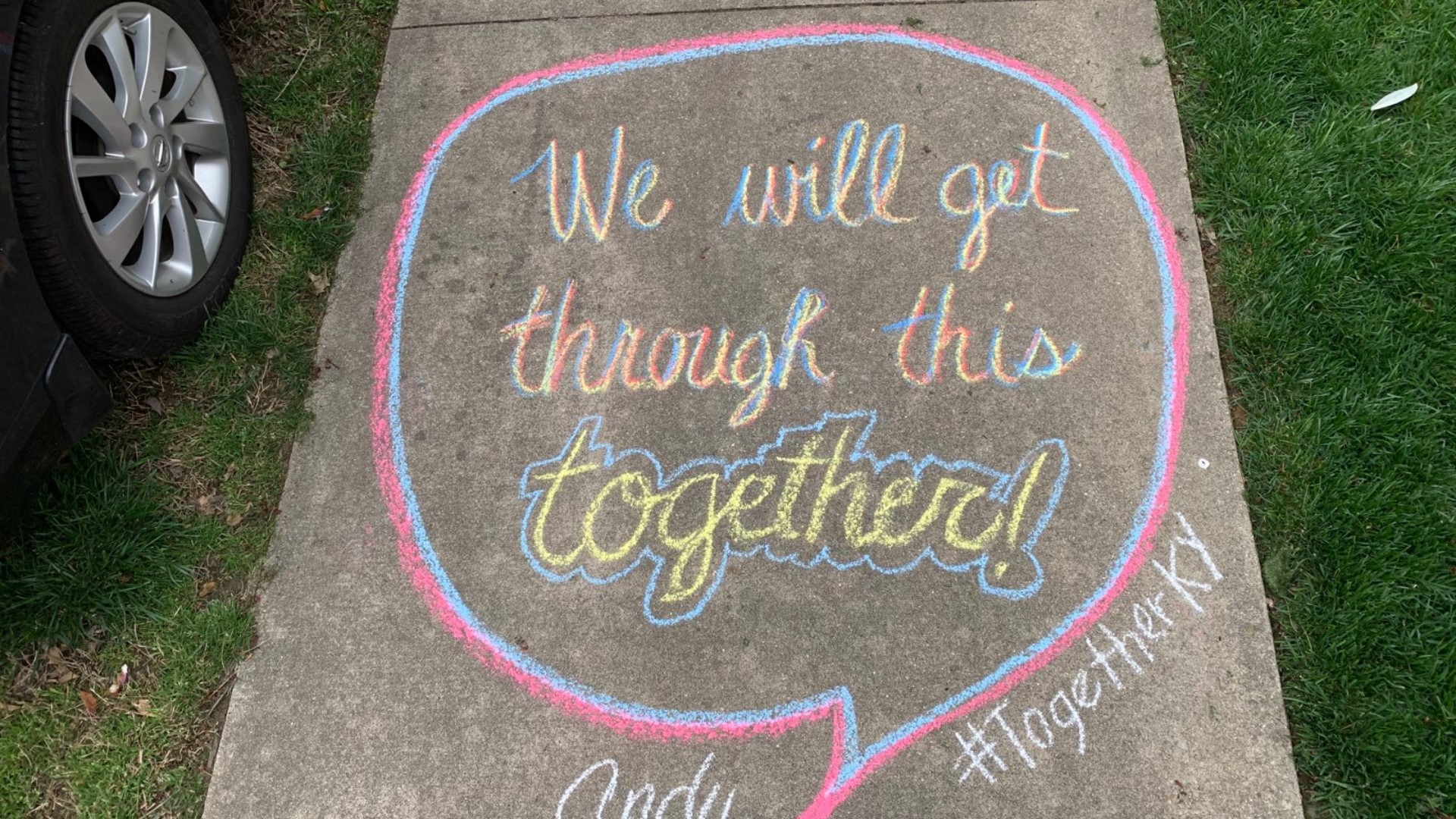 Beshear also said 228 people have fully recovered from COVID-19 in the state. The governor also said they believe the number may be larger. 15,572 people have been tested statewide.

Mayor Greg Fischer said there are 274 confirmed cases of COVID-19 in Louisville, 33 more than yesterday.

Fischer also said there were 5 new deaths in Jefferson County, the single largest amount since the epidemic began. The total amount of deaths in Louisville is now at 14.

The two Louisville firefighters who tested positive for COVID-19 are both healthy and back at work, Fischer said.

Fischer also said the Red Cross would hold blood drives Wednesday and Thursday from 11 a.m. to 5 p.m. at the Yum! Center.

Gov. Andy Beshear announced there were 11 new COVID-19 deaths in Kentucky, and 100 new cases. The death total is the largest in Kentucky thus far.

The new cases include three people who work at Western State Psychiatric Hospital. Two of those cases are people over 80 on ventilators.

He also signed an executive order to expand travel restriction where people from out-of-state coming into Kentucky must quarantine for 14 days. This will also allow state, county and city governments to hire back retirees immediately with no affect on their retirement.

Starting tomorrow, Beshear said they will not allow overnight stays at any Kentucky state park.

The state will also move ahead to convert the fairgrounds in Louisville into a 2,000 bed field hospital to prepare for surge in cases.

Beshear also mentioned pop-up centers charging people for tests, saying people should make sure any tests are being done through a reputable partner like a hospital, university or local health departments.

Mayor Greg Fischer announced there are 241 COVID-19 cases in Jefferson County, and said there has been one additional death. There have now been 9 coronavirus deaths in Louisville.

Fischer also said the One Louisville COVID-19 Response Fund has raised about $7.5 million and helped 128 families. The city is also launching a new application process for nonprofit community organizations who need help during the pandemic.

Gov. Andy Beshear said there were 93 new cases in Kentucky in the past 24 hours. He also confirmed two deaths, one in Daviess County and a second in Hopkins County.

Beshear did say Louisville confirmed another death, but that death has not been confirmed by the state. The death in Jefferson County would bring the state's death total to 21.

The governor also said the state has done at least 10,000 tests. He said the official number of tests will be announced tomorrow.

Mayor Greg Fischer confirmed there are 228 positive COVID-19 in Jefferson County, an increase of 22 from yesterday. He also announced one more death related to COVID-19. The total deaths in Louisville is now at eight.

The Oldham County Health Department confirmed one additional case of coronavirus, marking the seventh case in the county. The person who tested positive is a female in her twenties.

Henry County's first confirmed case is an adult female currently receiving medical treatment, a second is an adult female who now lives out of state. Shelby County has two new cases, both adult females. One person is under medical care, and the other is self-isolating.

The department now lists 2 cases in Henry, 4 in Shelby and 2 in Spencer County.

Louisville Metro Councilwoman Marilyn Parker, who represents District 18, has announced she is self-quarantining after coming into contact with someone later diagnosed with coronavirus during her work as a part-time registered nurse.

Beshear says state is working on drive-thru testing in Franklin County. Says this will be state’s proof of concept and will show what state needs to work out before scaling up. There still is a limited supply of tests. Those who are over 60-years-old will be the first to get tested and first responders. UofL’s lab will process the tests.

Child care will now be expanded to include grocery store workers. It was already allowed for first responders and medical workers.

“We are expanding the child care options that we’ve been providing to our first responders and health care workers to our grocery store workers,” the Governor said. “We need them. We know our food supply is safe, but we need enough people that are there stocking the shelves day in and day out.”

The Oldham County Health Department confirmed two cases of COVID-19. Officials say a woman in her 60’s and a man in his 40’s are the latest to have the virus. This brings their county-wide total to 6.

In Mayor Greg Fischer’s daily briefing he said Jefferson County has a total of 206 positive COVID-19 cases. That number is up by 43 since yesterday.

There were 3 more deaths in the county since yesterday, and another death on March 23 was confirmed to have been related to coronavirus. Those deaths bring the county’s total COVID-19 deaths to seven. All who have died were in the high-risk category, either over 60 years old or with a chronic medical condition.

The mayor announced new small business continuity loans for businesses with ten or fewer employees. The loans will be $25,000 at zero interest for 12 months.

The mayor has joined Mayors Across America in calling for the federal government to provide more PPE. They sent a letter to President Donald Trump pushing for the Defense Production Act.

The director of the Legislative Research Commission says a staff member for the Kentucky legislature has tested positive for the new coronavirus. The announcement was made Monday, two days before lawmakers are scheduled to reconvene Wednesday to vote on a new state budget. In his email, LRC director Jay Hartz said the staff member who tested positive for the virus is “recovering and doing relatively well given the circumstances." He says the staffer had not worked at the Capitol complex since March 16.

Gov. Beshear confirms he had issued an order to limit Kentuckians’ out-of-state travel unless it was for work, to take care of a loved one or even buy groceries if it is closer

"You can go out of state for health care, work, groceries and supplies to care for a loved one, or if you have to go to court. You can't go to visit your favorite bar or to get a pedicure. If you did go someplace on spring break, you must self-quarantine for 14 days." his chief of staff said.

The Governor said there were at least 480 cases of COVID-19 in Kentucky, with 42 of those being newly confirmed. Beshear says one of those cases are presumptive which will likely be positive.

There were two new deaths reported Monday, raising the state’s toll to 11 deaths related to the virus.

Two people have passed away from the virus -- an 88-year-old Kenton County woman and a 90-year-old Simpson County woman. Beshear said both women had underlying conditions.

Beshear believes the total number of tests given in Kentucky are between 15,000 and 21,000.

Mayor Greg Fischer said Louisville now has 163 cases of COVID-19 and 3 people have died. Of those case, 32 patients have been discharged and 35 are now symptom-free.

The mayor said the One Louisville COVID-19 Response Fund has reached $7.4 million, and that money will go towards families and local nonprofits. The current total has surpassed the original goal of $2.5 million.

The deadline to apply for LIHEAP has been extended to April 30 from the original date of March 31. The extension will give families in need more time to apply for the program.

Forty-five employees of Norton Healthcare have tested positive for COVID-19, according to CEO Russ Cox. One of them has been hospitalized. All of them worked in patient focused areas.

Norton developed an app for employees to take a self-assessment before their shift. Employees also have their temperatures checked when they arrive.

Friends of Metro Animal Services says for Louisville Metro Animal Services to maintain no-kill status, they need donations and adoptions. They said while they remain open, the coronavirus outbreak has impacted the shelter. Those who adopt will be eligible for a weekly drawing of a $100 gift card.

Starting today, the Kentucky Humane Society is offering pet food through a food bank at their Sam Swope Pet Treatment and Lifesaving Center. Food distribution will be 9-11 a.m. even day and will be done alphabetically by last name.

You can find previous updates here.

RELATED: Will you get a stimulus check if you receive Social Security or disability, or didn’t file a tax return?