In a tweet, Louisville Mayor Greg Fischer asked the community to stay home as much as possible and follow social distancing guidelines. 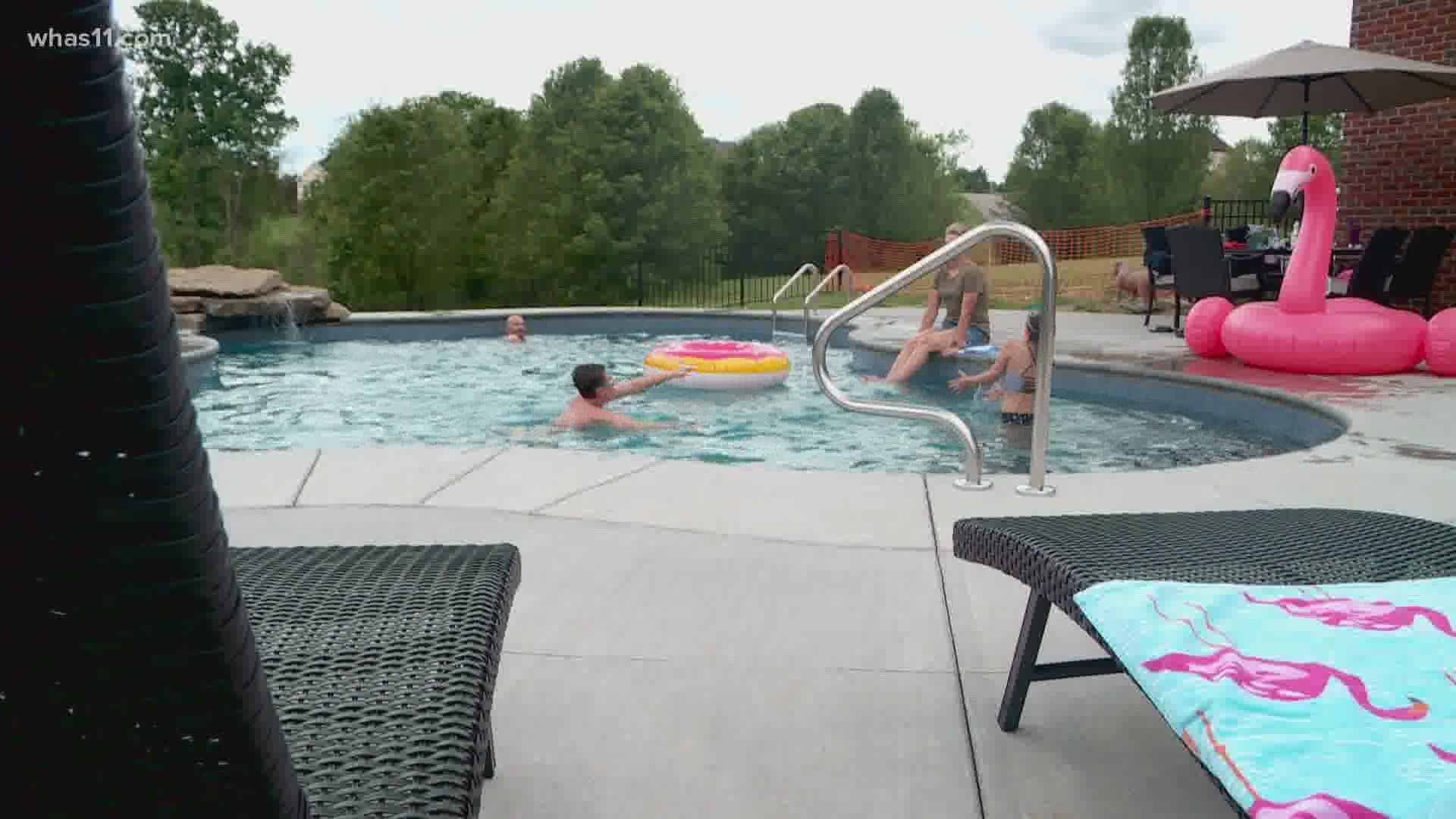 On Memorial Day weekend, two groups of protesters gathered in Frankfort hoping to call the governor into action. One group says the governor is violating their constitutional right. The other group called for inmates to be treated better during the pandemic.

Kentucky has confirmed 148 new cases of COVID-19. The new cases bring the state's total to 8,571. Fortunately, no new deaths related to the virus were reported. So far, 3,102 people have recovered.

In a tweet, Louisville Mayor Greg Fischer provided the updated numbers and asked the community to stay home as much as possible and follow social distancing guidelines.

Kentuckians planning to vote in the state's primary election on June 23 must register by May 26. Absentee voting is available to all. Applications for absentee ballots must be requested by June 15. Voters can register to vote and request an absentee ballot online.

As more businesses continue to open across the state, automatic two-week unemployment payments will no longer be available. Those in need of unemployment benefits will need to apply every two weeks.

Some youth sports (low touch) will begin reopening on June 19. The state has posted new guidelines for that online.

Louisville confirmed 89 new cases of COVID-19 and two more deaths. That brings the total to 2,233 cases and 146 deaths. The number of people who have recovered from the virus is 1,432.

Kentucky confirms 135 new cases, bringing the total number to 8,286. So far, 166,240 people have been tested and 3,008 have recovered. Ten more deaths related to the virus have been confirmed.

Childcare in Kentucky will begin to reopen on June 8 with small, in-home providers who care for 10 or fewer children. On June 15, center-based programs may reopen. The state has outlined guidelines for childcare providers to follow upon reopening.

The governor's Memorial Day guidance is "hands, face, space." He is reminding everyone to wash their hands, wear a mask and stay six feet apart.

The state has been granted $300 million in funding from the CARES Act. The funding will reimburse city and county governments for COVID-19 related expenses.

RELATED: $300 Million from CARES awarded to city and county governments in Kentucky

June 15, the governor says, would be the target opening dates for summer camps. He says if the camps can meet the same requirements as child care centers, they will be allowed to reopen.

Beshear also says sports related camps will need to meet requirements as well. Those groups must be small and not contact other groups.

The governor has announced another phase of Healthy at Work will begin on June 8 which include educational and cultural activities (Museums, outdoor attractions, aquariums, libraries and distilleries).

The governor was very somber in announcing 20 deaths, one of the largest single-day totals since the epidemic began. Kentucky has now lost 366 people to the virus.

"We never want to see losing 20 Kentuckians on a given day," Beshear said. "To these families, we want to grieve with you. We want to be there for you."

2,826 have recovered from the virus

As of Tuesday, there have been 58 new confirmed cases of COVID-19 in Louisville, bringing the total to 2,067 with 1,290 recoveries. There have been three additional deaths since Monday. The confirmed Louisville total is 132.
Gender/age details

Currently, 53 members of LMPD, Louisville Fire, Metro EMS, Metro Corrections and the Sheriff’s Office are off-duty due to COVID-19:

Metro Corrections inmate data for May 19:

Gov. Andy Beshear says two more children have developed inflammatory symptoms related to COVID-19. He didn’t give specifics but said a 5-year-old was hospitalized over the weekend but is now recovering at home. An 11-year-old is currently hospitalized.

The initial case, a 10-year-old who came down with the syndrome, is still in intensive care.

After taking the weekend off from COVID-19 briefings, Governor Andy Beshear has released new numbers for both Sunday and Monday.

Sunday saw 122 new cases and three deaths. He said among those positive cases were a 7-year-old from Bell County and a 16-year-old from Hardin County.

Monday, 138 positive cases were confirmed along with 9 deaths. 52 of those cases were probable and the rest were lab confirmed.

2,785 Kentuckians have currently recovered from the virus

The Louisville-Jefferson County area has 2,009 total cases and 129 deaths due to the virus.

47 first responders have tested positive since the pandemic began.

16 are recovering at home.

79 currently in hospital with 32 of those cases in ICU.