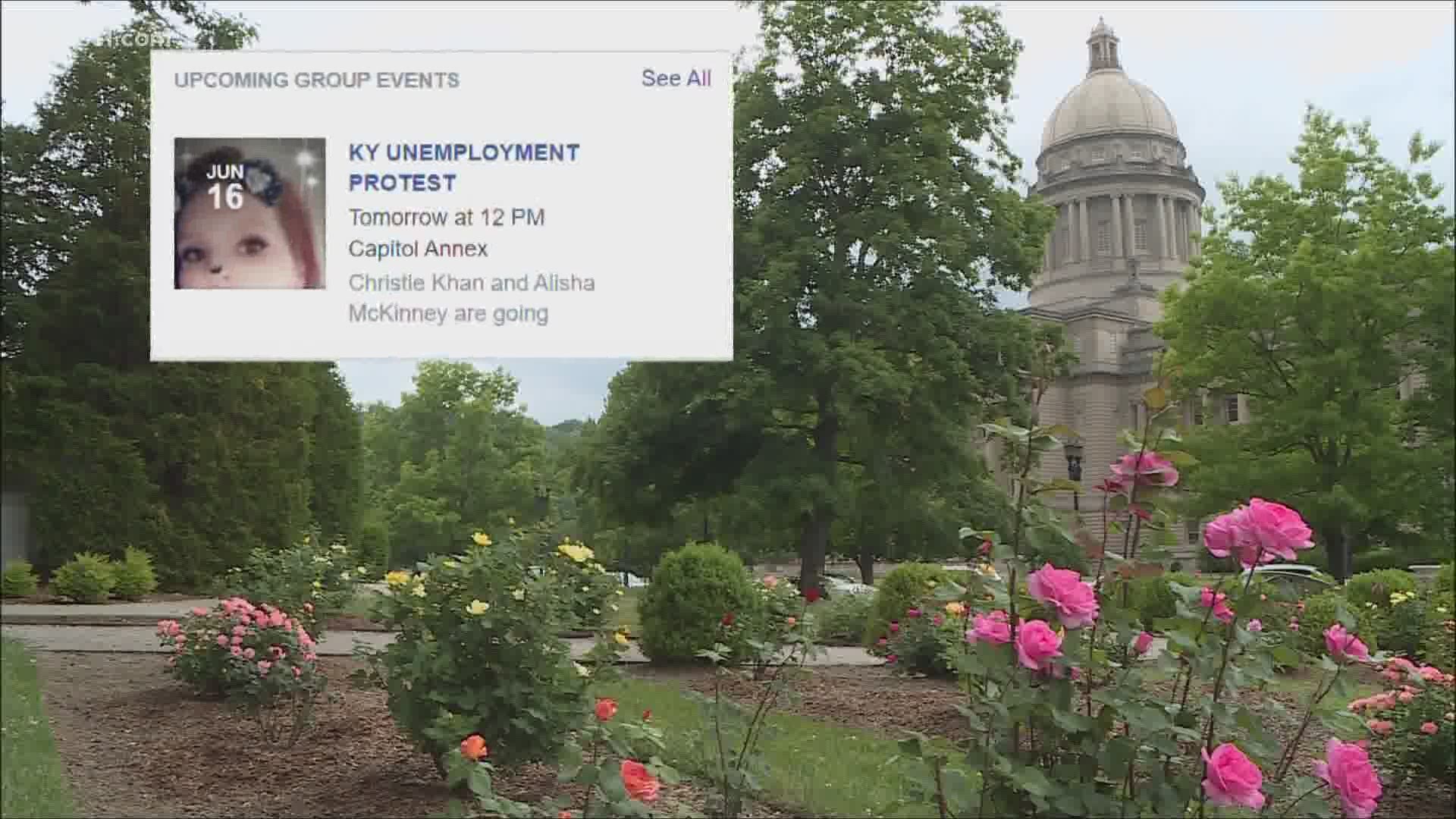 FRANKFORT, Ky. — They’re venting their frustrations, asking for support, and now rallying as many people as they can on Facebook to protest at the State Capitol.

The mother of three says she had to leave her job at an Ashland bank because she had to care for her kids since daycares and schools were shut down.

She filed for unemployment May 1 and is still waiting for payments.

“I don’t think the governor truly knows how big this is,” Podmanik said.

So she says she’s doing everything she can to spread the word about Tuesday’s protest, hoping to get a huge crowd out there.

“We have to get out there. We have to let them see the number of people that are hurting right now.”

She would argue that there is no excuse not to show up, especially since her commute will be a long one.

“Especially people who live close to Frankfort, it’s nothing for them to make it,” Podmanik declared. “If I’m willing to drive three hours for a substantial amount of money that is owed to me, they should too.”

She wants the demonstration, which will be held from 12pm- 6pm., to send a sharp message to Gov. Beshear.

“If he really wants to be all in this together, then he needs to do something.”

RELATED: Protest planned at the State Capitol over unemployment