Beshear says those knowing they are going to put people in harm's way, can "probably expect to see us" 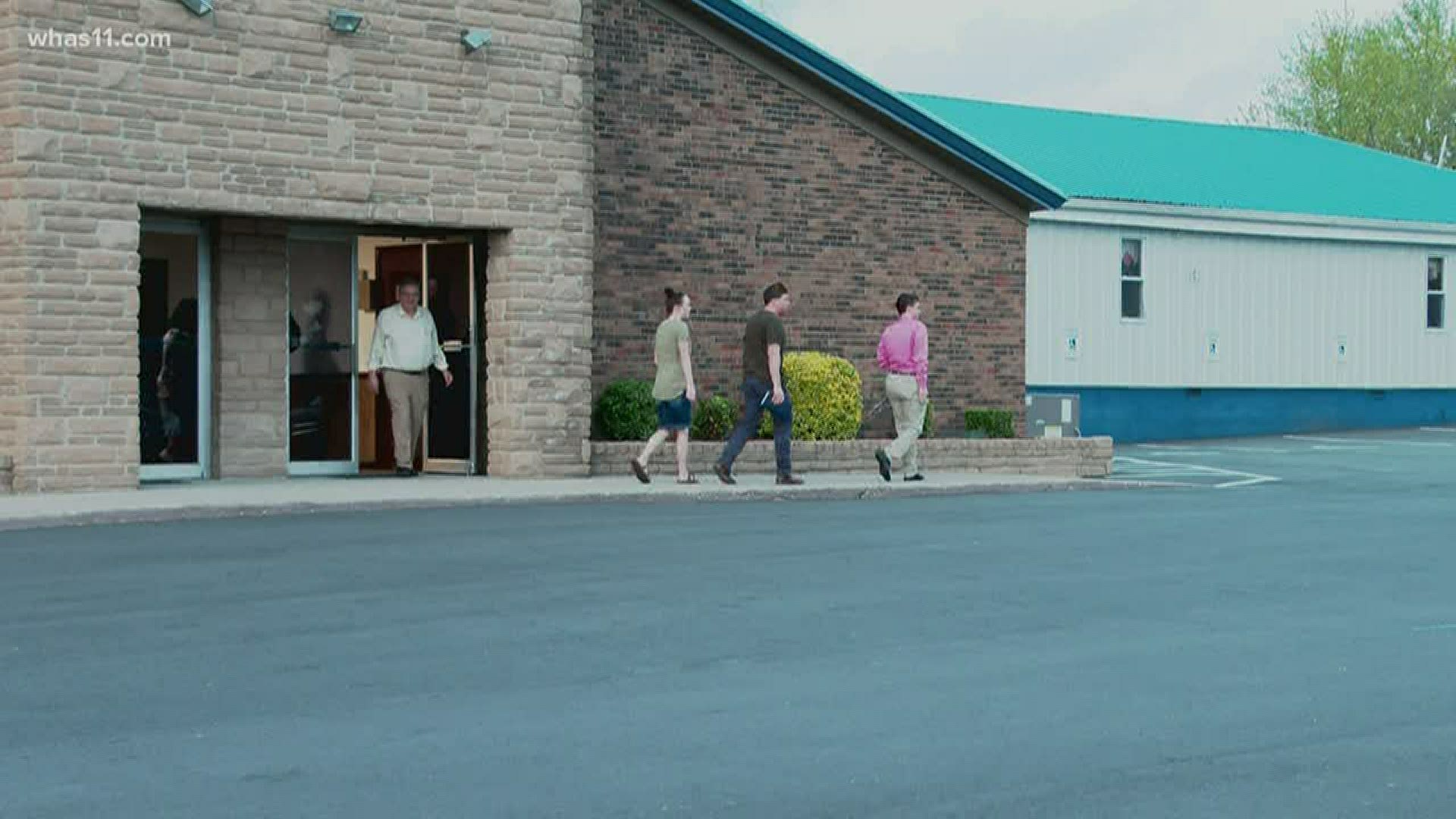 Just about an hour before the members met, Governor Beshear called out churches just like this.

"We'll be taking additional steps, and those that want to openly claim that they are still going to be doing these things, knowing they are going to put people in harm's way, can probably expect to see us," Beshear said in a press conference Wednesday afternoon.

While the parking lot at Maryville Baptist looked empty, the church was not. More than a dozen people walked into the church Wednesday evening and those that gathered were not staying 6 feet apart from each other.

During Beshear's press conference, he acknowledged that while most churches statewide are following protocol, around 17 are still holding mass gatherings, including Maryville Baptist.

"For those that aren't [abiding by the recommendations], we are working with the local officials right now to do everything we can to prevent them from happening," Beshear said.

Jack Robers, the pastor of Maryville Baptist, has continued to hold in-person Sunday services despite social distancing guidelines and the governor's strong recommendations. This past Sunday, he was asked if he felt that the health and safety of his churchgoers was his responsibility.

However, while he's telling some people not to attend, he's still holding gatherings for the public - something Governor Beshear is asking all church leaders to stop.

"If you are the leader of a congregation, if you are charged with protecting your flock, don't do something that will mean there are fewer people at Christmas than the service you want to put on now because they have died," Beshear said.