Donn Adams thought he had a cold when he boarded a flight to Mexico last March. For the next week, he feared he might never get home. 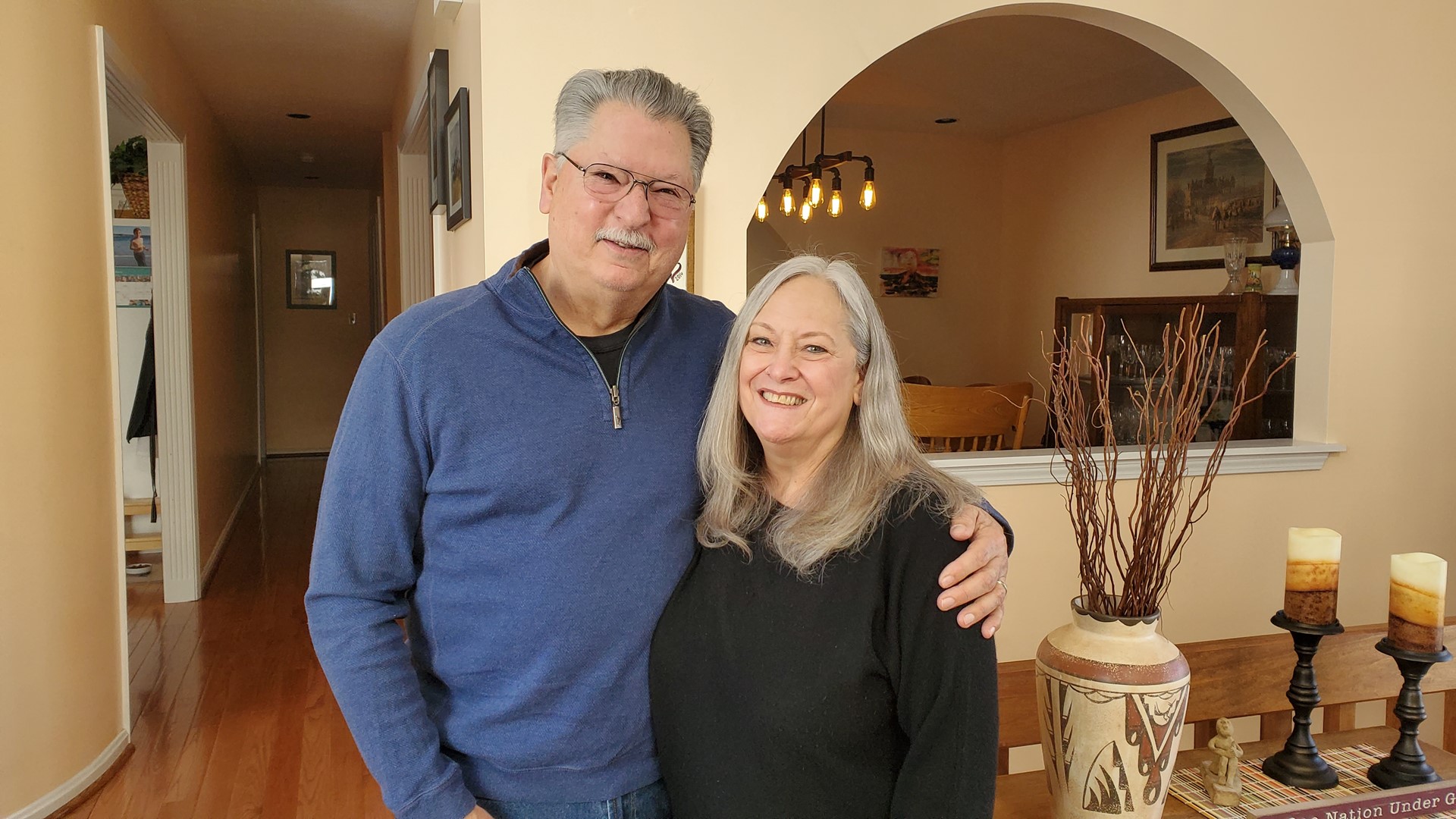 LOUISVILLE, Ky. — He was the first patient in Louisville diagnosed with COVID-19.

Donn Adams is a businessman and world traveler. Today, he stays at home, recalling the nightmare of a year we all know as 2020.

"I was traveling a whole lot," he said.

As the vice president of sales for a tech company in Texas, Adams would fly from one destination to another. Nothing was going to slow him down. Not even the new coronavirus.

"I was kind of like, That's other people, that's not me," Adams said. "My attitudes I grew up with were, it’s okay. Pull up your socks and go on. You just don’t allow things like that to bother you or slow you down." (Donn admits now, it doesn’t always work that way.)

He went to a conference in Florida with a few hundred people in March  2020. And that's when it hit him like a brick.

"And that's where I'm pretty sure I got it, along with three others who were there," Adams recalls.

He woke up the next day with what he thought was a cold, and boarded a plane home to Louisville. Days later, he and his wife, Marky, headed for Mexico.

"Had we any inkling that he had COVID, we would not have gone," Marky Willis Adams said. "Honestly, he took some Dayquil and we got on a plane."

"That trip to Mexico was horrifying," Adams said. "That was just my good ole red-blooded American stubbornness as to why we were down there, it was a horrible mistake."

He hardly left the hotel room. He had a low-grade fever, lost his appetite and by the end of the trip couldn't stand on his own.

"I have never been that sick," he said. "It was very scary because it wasn't our level of healthcare."

An ER doctor in Mexico diagnosed him with a sinus infection. The couple masked up and headed for the airport.

"She put her hands on my shoulders and said, 'you have to get it together. You have to be able to get on that plane, because they might not let us go back,'" Donn said about his wife.

"We felt very isolated, very confused," Marky said, speaking about the language barrier they faced at the hospital.

Once back in Louisville, Donn found himself in a crowded ER at Norton Brownsboro Hospital.

"I remember sitting down, and being cold and they gave us a blanket and the next thing I know, we're in one of the rooms with a bunch of people around me because I'd passed out," Adams said.

Marky found him unresponsive and called a security guard over to help.

"I just backed into a corner and cried," Marky said. "I knew that if he was going to be okay, it was because of them."

The COVID-19 test came back positive the next morning, on March 8, more than a week after Adams began experiencing symptoms.

"They pretty much emptied the medicine cabinet and every hour they were coming in and putting an injection into the IV," Adams said.

Doctors hoped it would give his body enough strength to fight it off.

A year later, Adams is still weak from COVID. He still has trouble sometimes catching his breath. He works part-time out of his home. Marky's been lucky, she never tested positive for COVID.

RELATED: Lingering effects of COVID-19: The migraine that just won't go away

"We live a quarantined lifestyle even though we’re not quarantined," Adams  said.

"[The experience] has made us stronger as a couple. We've had incredible support," Marky said. "There’d be loaves of bread on the front porch...very reaffirming that we live in a place, like Louisville, which we love, that really reached out and took care of us when we couldn’t take care of ourselves,"

Adams says he was the first diagnosed in Louisville, but "I was not the first case. We think we know people that had COVID before we knew it was COVID."

Today, Donn and Marky are armed with something they didn't have before. A double shot of hope. Both received their second doses of the vaccine last week.

"When we got the appointment, we hadn't even gotten the shot yet, and I was like {sigh}…I felt we were coming to the end of this," Adams said. "There was the light at the end of the tunnel."

This weekend, with much of their family now vaccinated, and masked up, Donn and Marky are ready to celebrate an occasion many missed out on last year.