The UofL Health community drive-thru testing sites will remain open at least through the end of the month. 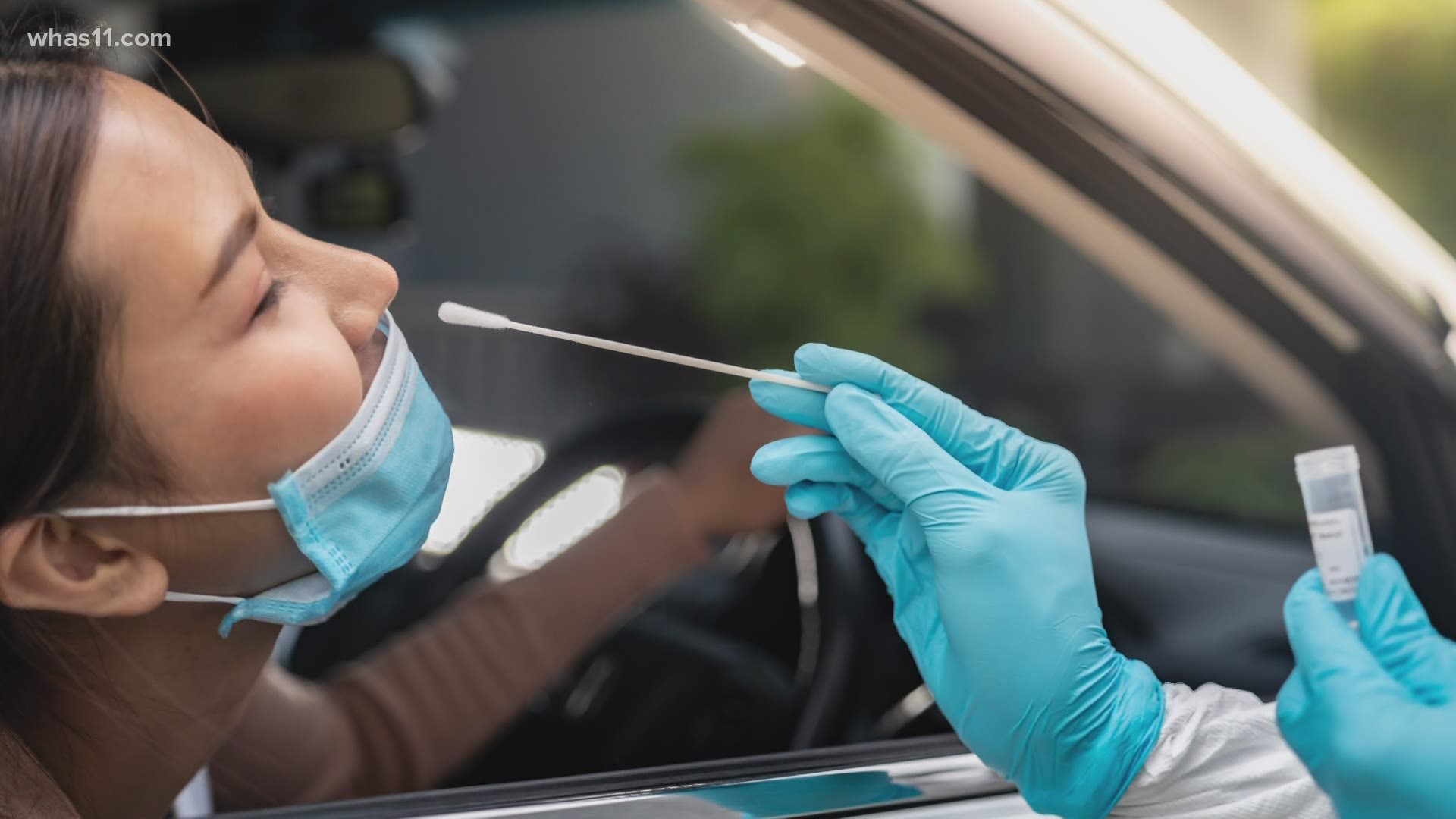 Shoff said drive-thru sites make up about 66,000 of the 100,000 tests they’ve administered. He said it’s important to keep testing available as the positivity rate hits near 12%.

"I don't want to see the positivity rate where it is. It means the virus is out there and continues to infect people and make people sick," Shoff said. "I know a lot of excitement around the vaccine is occurring but we have to remember it is rolling out in stages so people are still exposed. People are going to be people and we naturally want to be with each other, so it is what it is. What we can do now is try and move forward and do our best to try and control it as we go forward."

On Friday, Gov. Andy Beshear announced Kentucky had recorded its third highest daily COVID-19 total since the pandemic started, the only days higher being Wednesday and Thursday.

Shoff said he suggests being tested five days after exposure.

Many people are getting their results within 48 hours, which Shoff said is a big improvement compared to five or six day turnaround times in the beginning.

"Most times they were either over their disease process, or close to it, but with the quicker turn-around times we're able to get the feedback and the information to the patients that they want and need," Shoff said.

The UofL Health community drive-thru testing sites will remain open at least through the end of the month, and Dr. Shoff said it’s likely that will extend it a few months after that, as well.