As Phase 1B begins in some counties, vaccine supply does not meet demand

In Jefferson and Oldham Counties, people 70+ can sign up to get vaccinated. But appointments for one week filled up in less than an hour for both counties. 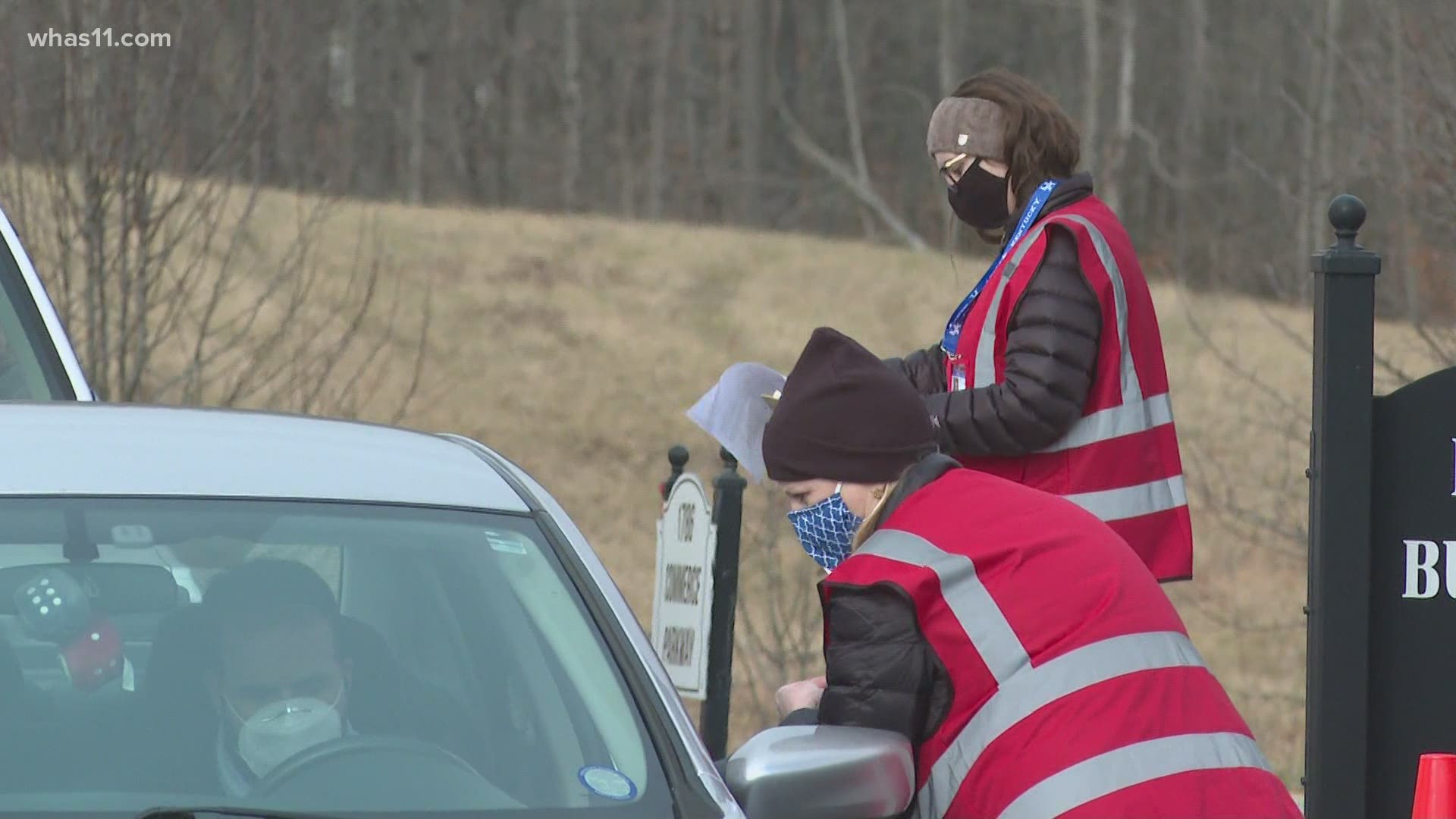 LOUISVILLE, Ky. — Phase 1B began this weekend in Jefferson County — meaning people who are 70 and older can start receiving the COVID-19 vaccine.

While appointments are largely booked up now, there are ways to find out when you’ll get your turn.

More than 100,000 people in Louisville are 70 and older and able to get a vaccine. While that means there are a lot of people excited to get vaccinated, it also means a lot of people will be waiting for their turn.

"It’s difficult to know who’s going to go first in that group and how long it's going to take us to get through there because it’s a large group," Louisville Metro Public Health Interim Medical Director SarahBeth Hartlage said.

People 70 and older will go to either Norton, UofL Health or Baptist Health sites to get their vaccines while other groups in 1B, like teachers and first-responders, will go to the mass vaccination site at Broadbent Arena.

There are a limited number of vaccines for this group each week —  but that’s not the only challenge those signing up might face.

"One challenge is that a large portion of scheduling by us and the hospitals is being done online," Dr. Hartlage said.

While appointments are largely booked now, there are a few ways you can make one when more become available.

Anyone interest can book online, or sign up for the interest list to receive an e-mail when appointments open.

Those who don’t have internet are encouraged to ask a friend of family member who does to help sign up. Note that they will need personal information, like birthdays and insurance information.

A third option is calling the Louisville COVID-19 helpline, where anyone can get more information about appointments at (502) 912-8598.

Still, doctors say the supply of vaccines has not matched the demand.

As Oldham County finished up Phase 1A and moved onto 1B, the health department requested 600 doses for this week. They were only allotted 100.

The number of doses the county has gotten has varied from week to week, and because of so little doses, appointments were filled within 15 minutes of being announced Friday.

The department will find out each Friday how many are allotted for the next week, but during these last weeks of January, the state health department has asked Oldham County to focus on administering the vaccine to K-12 school staff.

"The vaccine supply has been quite variable. We may get 1,000 doses one week, 3-4,000 doses the next week," Smith said. "I don’t think that’s anyone’s fault, it’s just the realities of the logistics we’ve been dealing with from both the federal government and state government."

Right now, health leaders are asking for patience. They said they are moving as quickly as the vaccines come in.

RELATED: 'The benefits outweigh those concerns' | Louisville residents in Phase 1B look forward to getting COVID-19 vaccine