One of Louisville's first COVID-19 patients funds research into virus

Christy Brown looks back on the past year after being Kentucky's seventh coronavirus patient. 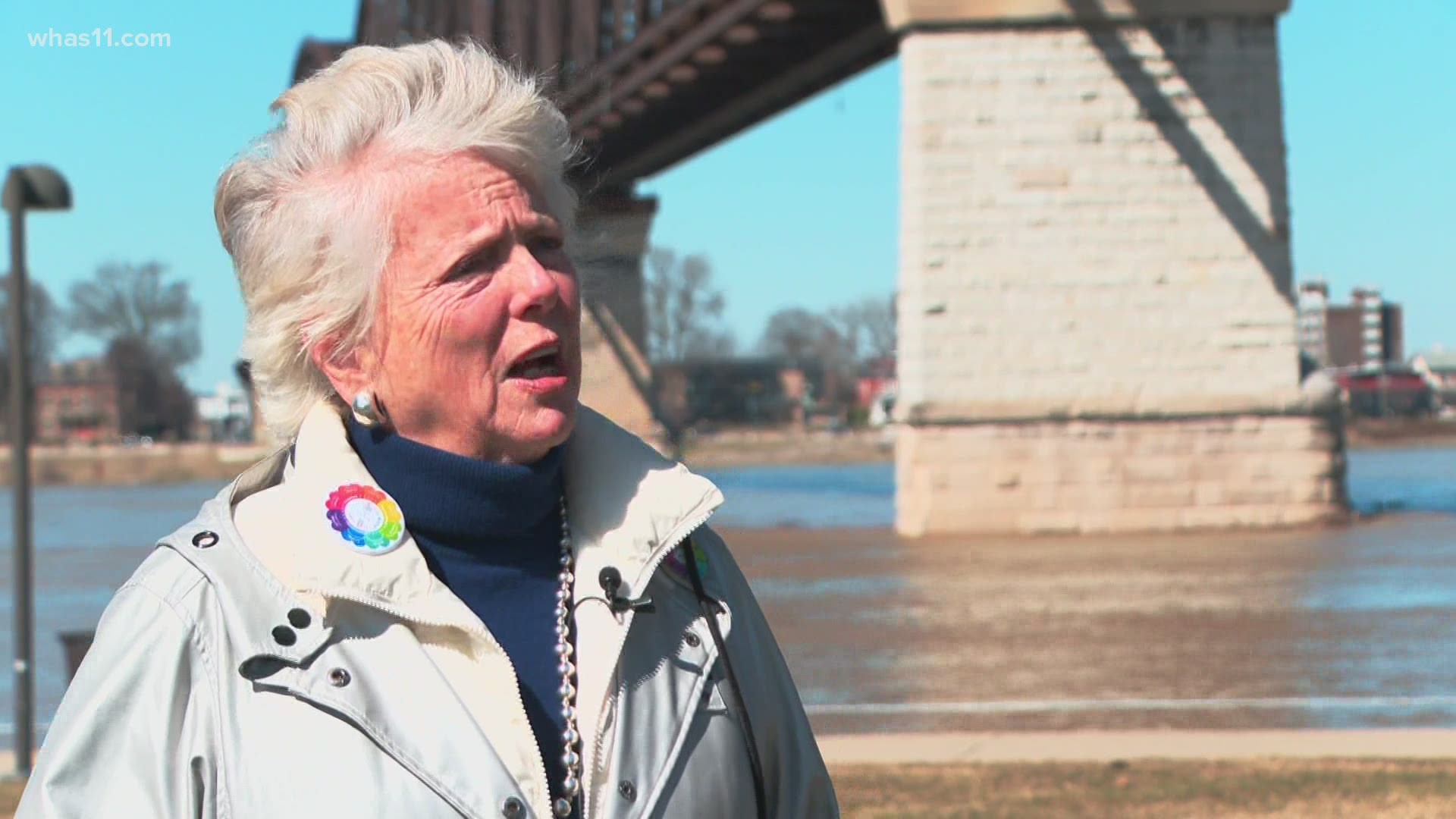 LOUISVILLE, Ky. — One of Kentucky's first COVID-19 patients is looking back on her diagnosis as the state nears one year since the pandemic began.

Christy Brown, one of the city's best known philanthropists, was the seventh COVID-19 patient in the state. On March 7, Brown attended the Speed Art Museum Ball with other notable Kentuckians. Immediately after, she said she was in bad shape.

"I felt fine [before]," Brown said. "I really didn't have any physical problems until the Sunday afterwards."

Brown's trip with COVID-19 was not respiratory. Instead, the 73-year-old was in bed for two weeks with intestinal problems.

At the time, a COVID-19 diagnosis was so frightening that few people were going public. But Brown chose to put her name out there.

"I'm so glad I did," Brown said. "It was an awkward thing to do, but the one thing we've learned from this is that you must continue to share information."

Brown raised the level of awareness immediately. And now, one year later, she is also convinced about one other thing: the timing of her infection.

"I don't think anybody can say that they got it from [the Speed event]," Brown said. "We don't know where we all got it from."

The unknowns behind her diagnosis caused her to launch the Co-Immunity Project through her Envirome Institute initiative with UofL.

"She called up and said, 'I can't believe you're not doing anything about it,'' Dr. Arani Bhatnagar with the Envirome Institute said.

After Brown told Bhatnagar that money wasn't an issue, his team in now leading the way in pinpointing Louisville's COVID-19 cases and explaining valuable information about specific neighborhoods.

In one study in south Louisville, the project was able to determine the rates of infection were eight times higher in younger people. The worst hit areas in the metro area have been Shively and west Louisville.

Bhatnagar said he is now concerned about new variants. Still, despite variants, Bhatnagar had this to say about guidelines.

I think we will stop wearing masks in the fall, but the virus will still be among us for a long time," Bhatnagar said.

Now 74, Brown said it feels like two or three years have passed since her diagnosis. She said she will continue to focus her wealth on Louisville's wellness.

"[I want to] work as hard as I can to help all of us understand we need a new vision of health," Brown said. "We need to stop being comfortable just allowing the disease being treated."

When asked how she feels one year since her diagnosis, Brown said she feels fabulous — but most importantly, blessed.