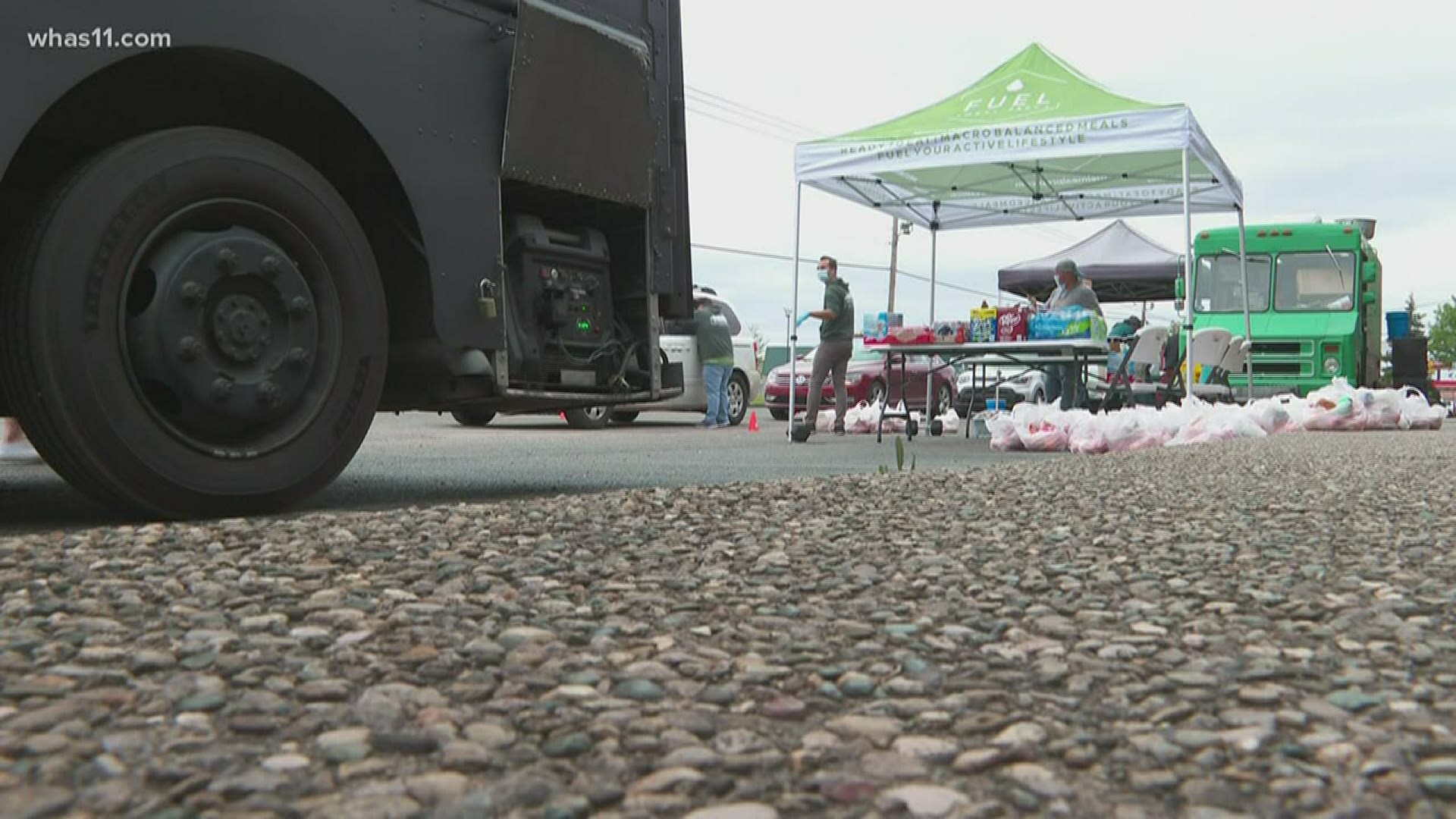 LOUISVILLE, Ky. — More than 150 families were served hot meals Sunday through an event idea thought up by a local chef.

“Overall we have a little over a thousand meals, cooked meals,” said Devon Rosenblatt, the executive chef for Fuel Meal Prep.

Those meals were donated from Fuel Meal Prep, Celtic Pic, and Hot Bun's food truck. Other businesses donated food to distribute at Sunday’s event as well.

“This year not only do people not get to see their family and friends on Easter, but they’re also dealing with the whole situation of being unemployed and not knowing what’s going to happen the next day,” said Rosenblatt.

Rosenblatt says his heart goes out to the hundreds of food industry workers out of a job because of the coronavirus.

“We took it upon ourselves to organize this event so we could show these families, these out of work citizens that they’re not alone, especially not on Easter,” he said.

On Sunday for several hours, he and other volunteers loaded up dozens of cars with hot meals and raw groceries. Rosenblatt says nearly 1500 meals worth of food was handed out.

“They have the option to have some cooked meals and maybe put together a little bit of a meal themselves with the raw groceries for Easter or they can stretch it out over the course of a couple days,” said Rosenblatt.

Rosenblatt says he hopes the gesture spreads a little hope.

“The way I see it, every single meal that is donated is a huge help because that’s money back in their pocket to keep the lights on,” he said.  “Just knowing that people are going home happy and being able to see their smiles as we’re giving them these meals that’s the best part I mean, we’re feeding mouths but that feeds the soul.”

Rosenblatt says because of overwhelming support by multiple businesses he will be planning to repeat the event in a few weeks. For updates on upcoming dates, Rosenblatt says to keep up with this Facebook page.

He’s also encouraging anyone who wants to get involved to donate food or volunteer to send him an email at chefrosenblatt@fuelmealprep.com.