KSP troopers put notices on cars in the parking lot of Maryville Baptist Church in Hillview, saying the people inside the church will need to self-quarantine. 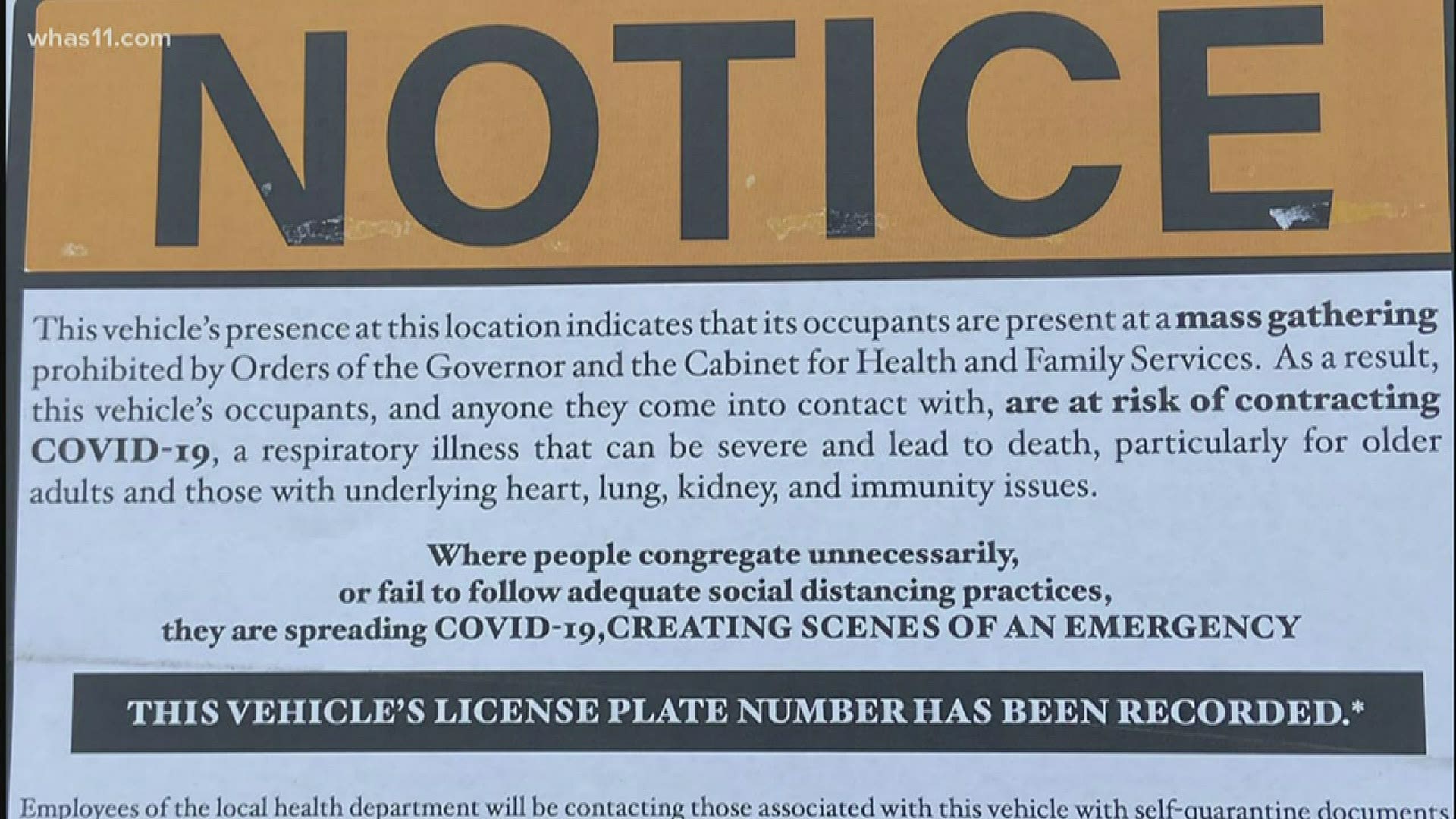 LOUISVILLE, Ky. — Some religious leaders believe the lines between church and state were blurred this weekend.

State and city officials warned people against going to in person church services, and even drive-in services in some cases.

Governor Andy Beshear followed through on a promise he made Friday – there will be consequences for people who attend in person Easter services.

"Understand that this is the only way that we can ensure that your decision doesn't kill somebody else," Gov. Beshear said.

“I took a picture of my license plate on the back of my car and sent it to the governor yesterday,” Roberts said.

The service was also streamed on Facebook and broadcast with a speaker for people in their cars in the parking lot.

Maryville wasn’t the only church that went against government recommendations.

On Fire Christian Church filed and was granted a temporary restraining order against the mayor, saying he was violating their religious freedom.

Fischer emphasized he never banned drive-in services, saying he would have explained that if the judge allowed him to.

“We attempted twice to contact the courts so that we could have presented the case and that would have obviated the need for this restraining order,” Fischer said.

Cars at On Fire Christian Church did appear to follow CDC recommendations, lining up six feet apart, with windows no more than halfway down.