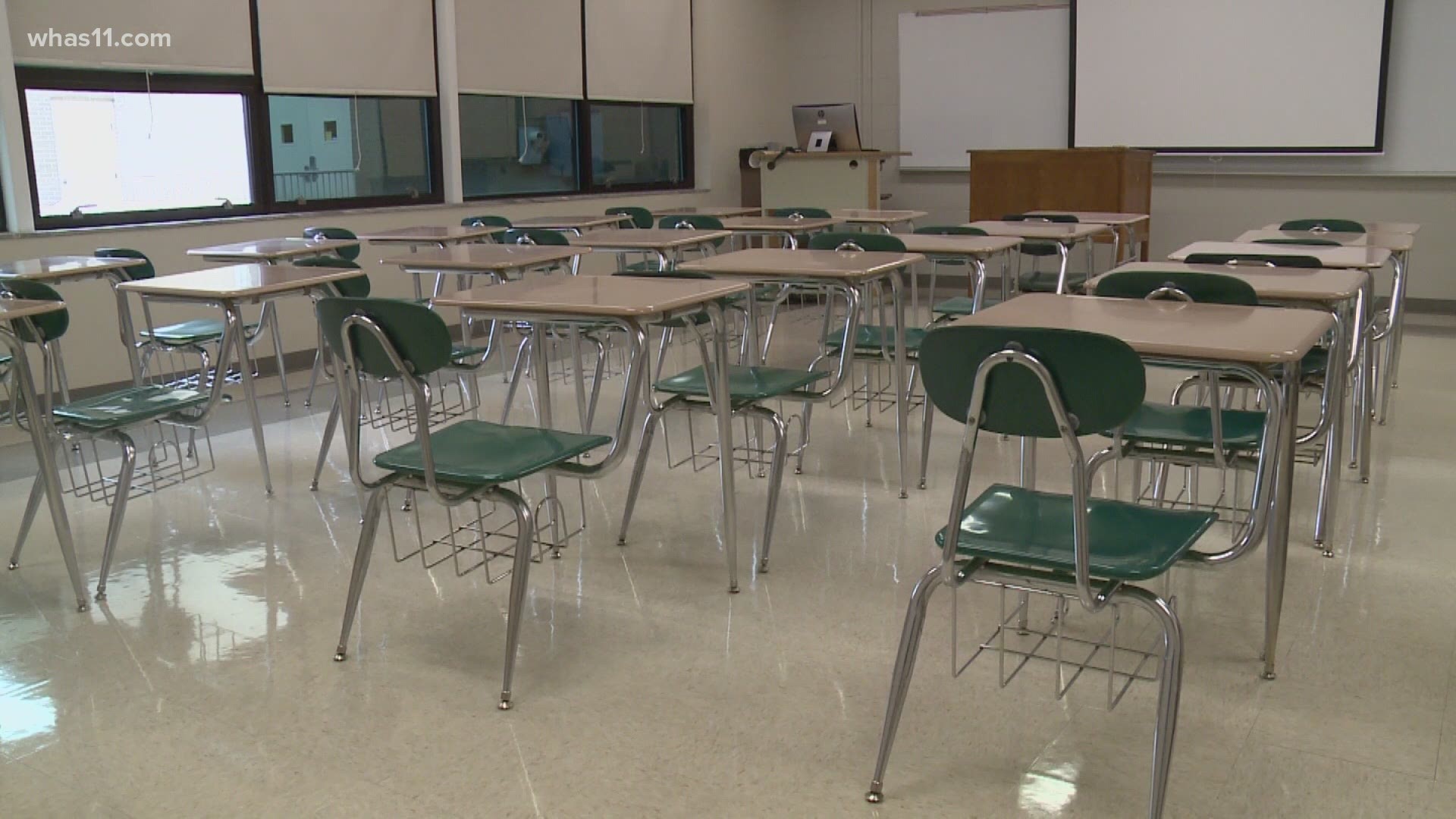 LOUISVILLE, Ky. — Kentucky Governor Andy Beshear has filed a brief in defense of an executive order halting in-person instruction at all Kentucky schools.

The brief comes as multiple religious schools and Attorney General Cameron have been in a court battle arguing the order violates the First Amendment as well as the state's Religious Freedom and Restoration Act.

Earlier this week, Cameron filed an emergency application with the U.S. Supreme Court.

"The U.S. Supreme Court has already ruled that religious institutions cannot be treated different than secular activities, and we are asking the court to simply apply the same analysis to the Governor’s disparate treatment of religious schools and other secular activities," Cameron said.

In the response filed Friday, Beshear's legal team argued that the restrictions placed on schools were necessary to combat the spread of the coronavirus.

"Kentucky is in the midst of a deadly third wave of the coronavirus," said the governor in a statement. "We have taken the necessary actions to slow the growth in cases and save the lives of our fellow Kentuckians. In the most recent executive order regarding schools, every school is treated equally and each is asked to do its part over a limited period of time to slow the spread of the virus. The effectiveness of these actions requires everyone to take part, and anyone or any entity that tries to be the exception lessens the effectiveness of the steps."

The brief defends the executive order by saying that Beshear has not issued any orders without working closely with local officials, school superintendents and school boards on COVID-19 safety within the schools.

Based upon these recommendations, he issued the executive order Nov. 18.

"In-person, K-12 education presents an especially acute problem for Kentucky because, unlike other settings it presents a perfect storm of factors that combine to generate a singular public health risk," the brief reads.

The response goes onto to detail the risks associated with in-person schooling during the pandemic citing the risk of being indoors in a group setting for the majority of the day and the holiday season's effects.

For now, it remains unclear if the Supreme Court could rule on this case.