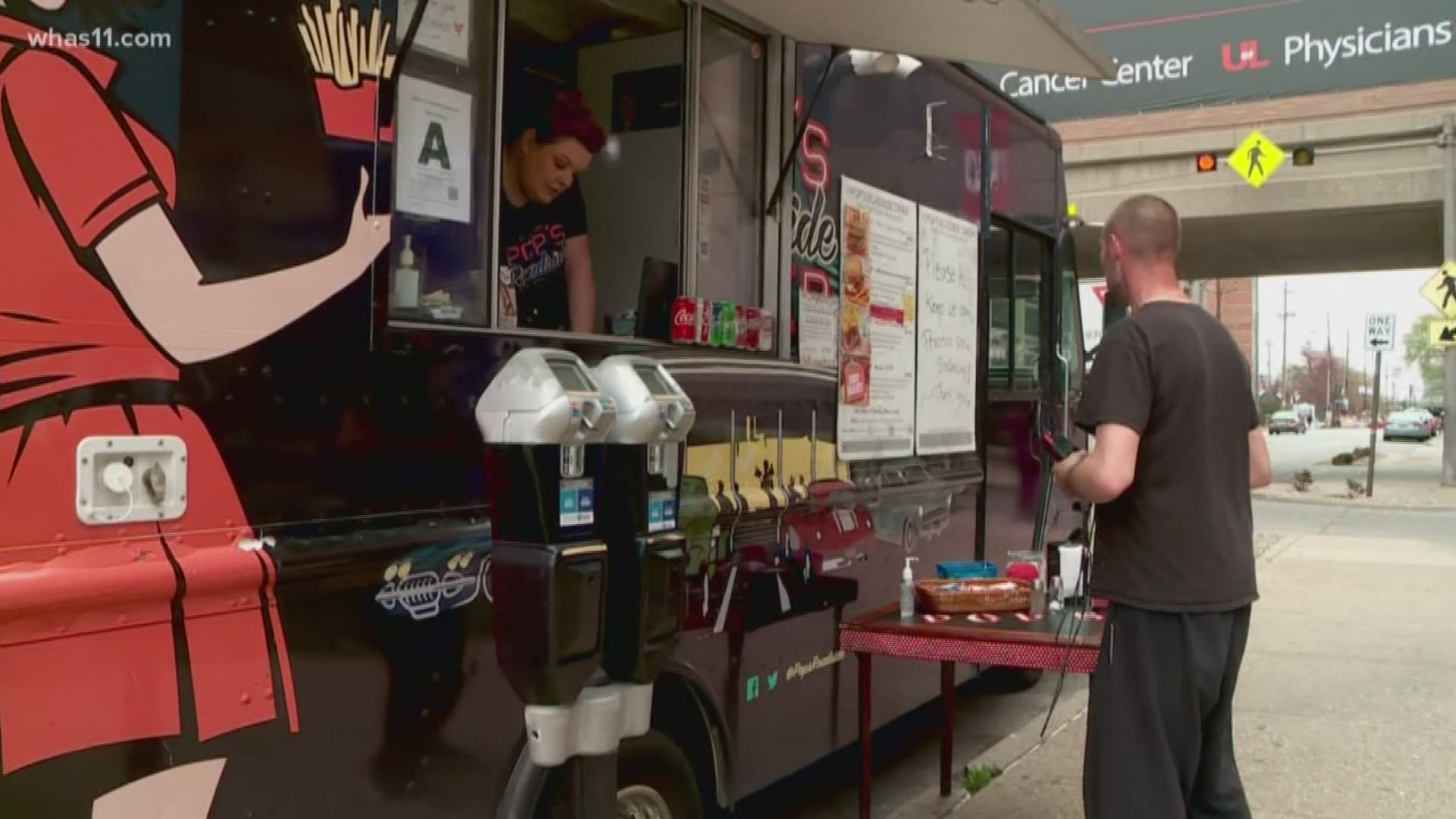 LOUISVILLE, Ky. — Pop’s Roadside Diner parks the food truck in downtown Louisville at least three times a week, but new changes to Chestnut during the pandemic has meant less change in their register.

Kentucky Governor Andy Beshear has urged people to stay home, and it appears they are.

“I mean it’s like a ghost town out here,” Phoebe’s husband, Jeff said.

The couple has watched from their food truck window how hospitals are taking on COVID-19.

“They've actually shut down the main entrances to the hospitals, they're not letting family in and out without being checked first,” Jeff said.

On Thursday, local police and the National Guard started sitting out front of hospitals to make sure things stay in order.

“If Beshear, if that's what he thinks is best for the state of Kentucky, then that's what we have to live with,” he explained.

A large sign on the truck asks customers to social distance.

Pop’s Diner also has hand sanitizer available to customers, and the Sell’s say they bleach the truck regularly to keep it clean, as they’re determined to feed those who are hungry.

The Sell’s consider themselves essential and said they will continue serving until they’re told not to.

“People thank us all day long and I'm like, no thank you for coming to the truck,” said Phoebe.