The vaccinations are still just for healthcare workers. Louisville Metro Public Health expects to vaccinate 1,000 people by the end of the week. 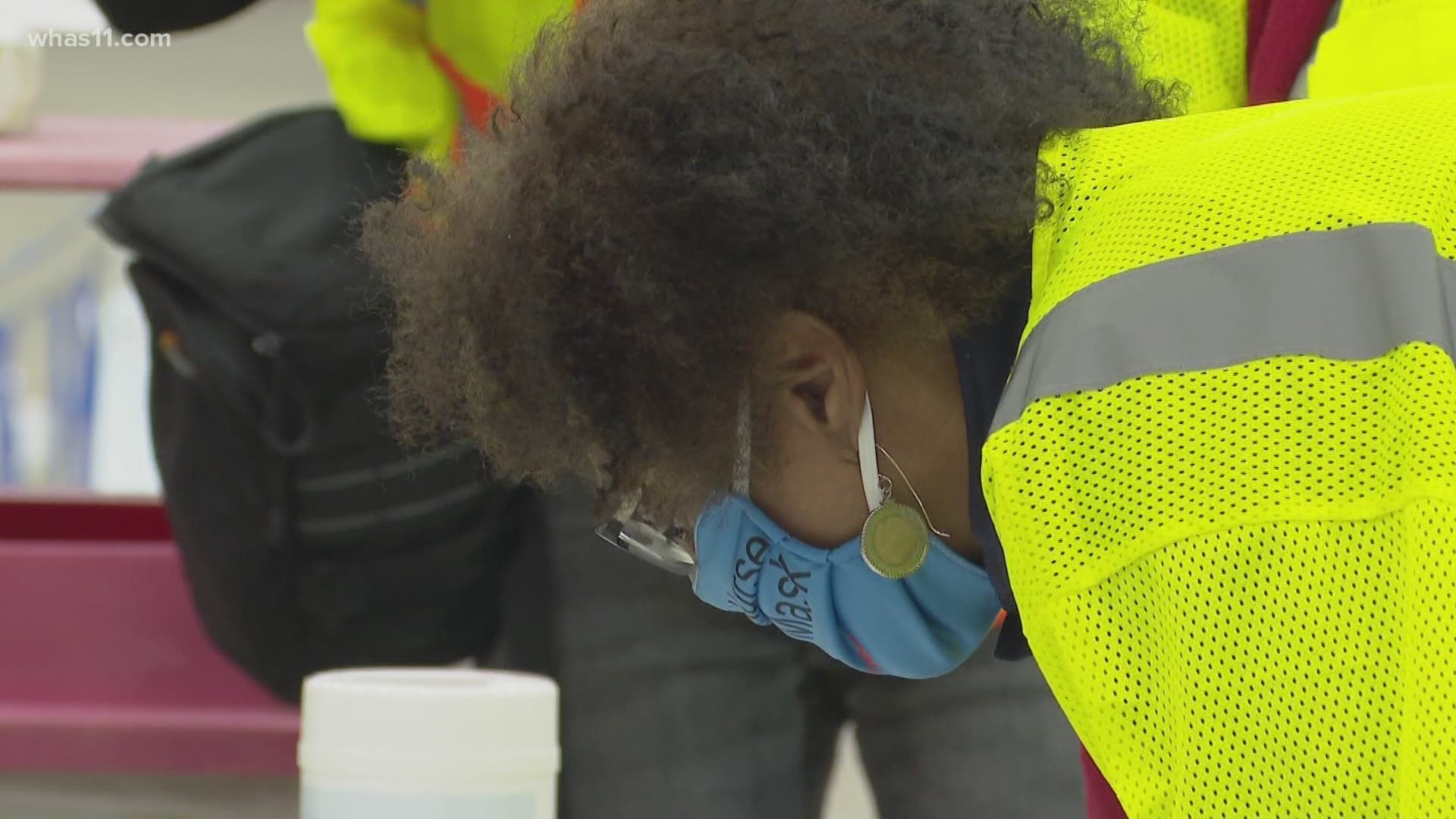 LOUISVILLE, Ky. — Until now, vaccinations have been happening on a smaller scale, at hospitals and in long-term care facilities.

City leaders expect this site to be open for weeks and month to come.

“I was really excited, it’s a long time coming. It’s been a long year for a lot of people,” Nurse Amber Gensheimer said.

Gensheimer was one of the first healthcare workers to get the vaccine at the newest vaccination site in Louisville.

She’s seen the toll that COVID-19 is taking on individuals, families, the whole community.

“People come in and out with the illness and people lose their lives,” Gensheimer said.

More than 700 volunteers and 100 metro workers are scheduled for the next three weeks to get the vaccine to people in the 1A group of the city’s tiered approach.

“It does take an army to get all this done but we are making it happen here,” Louisville Metro Public Health Director Dr. Sarabeth Hartlage said.

This site has come together as quickly as was feasible, according to Dr. Hartlage.

A lot of people have been working hard, during the holidays, to put together this site and start mass vaccination in Louisville.

“We received our first doses here on December 23rd and this team has made this site a reality in eight work days,” Dr. Hartlage said.

There are about 20,000 independent healthcare workers who can get the vaccine at Broadbent Arena. People who work in hospitals will still be getting them from their employer.

Louisville Metro Public Health and Wellness hopes to vaccinate everyone in Tier 1A by the end of January. That’s when people in Tier 1B will be able to get the vaccine.

“I know it’s frustrating to not know when are how to get vaccinated,” Louisville Metro Chief Health Strategist Dr. Sarah Moyer said. “But we are building this plane as it takes off and right now our priority is those healthcare workers and this is how we think we can do it the quickest.”

“While we do this and, obviously we got a lot of hope and excitement because of the vaccine, we still have got to remind everyone that the virus is out there trying to come after each and every one of us,” Louisville Mayor Greg Fischer said. “We have some still sobering data.”

Mayor Fischer gave an update on that data Monday morning. It includes 670 deaths in the community, 324 people currently hospitalized because of the virus, 89 in the ICU and 55 on ventilators.

When it’s time – second doses will also be given out at Broadbent Arena.

If you believe you are in Tier 1A as a healthcare worker, that could include people going into homes or facilities to provide care, contact your employer about getting an appointment.