Fauci says US headed in 'wrong direction' on coronavirus

He said recommending that the vaccinated wear masks is 'under active consideration' by the government's leading public health officials. 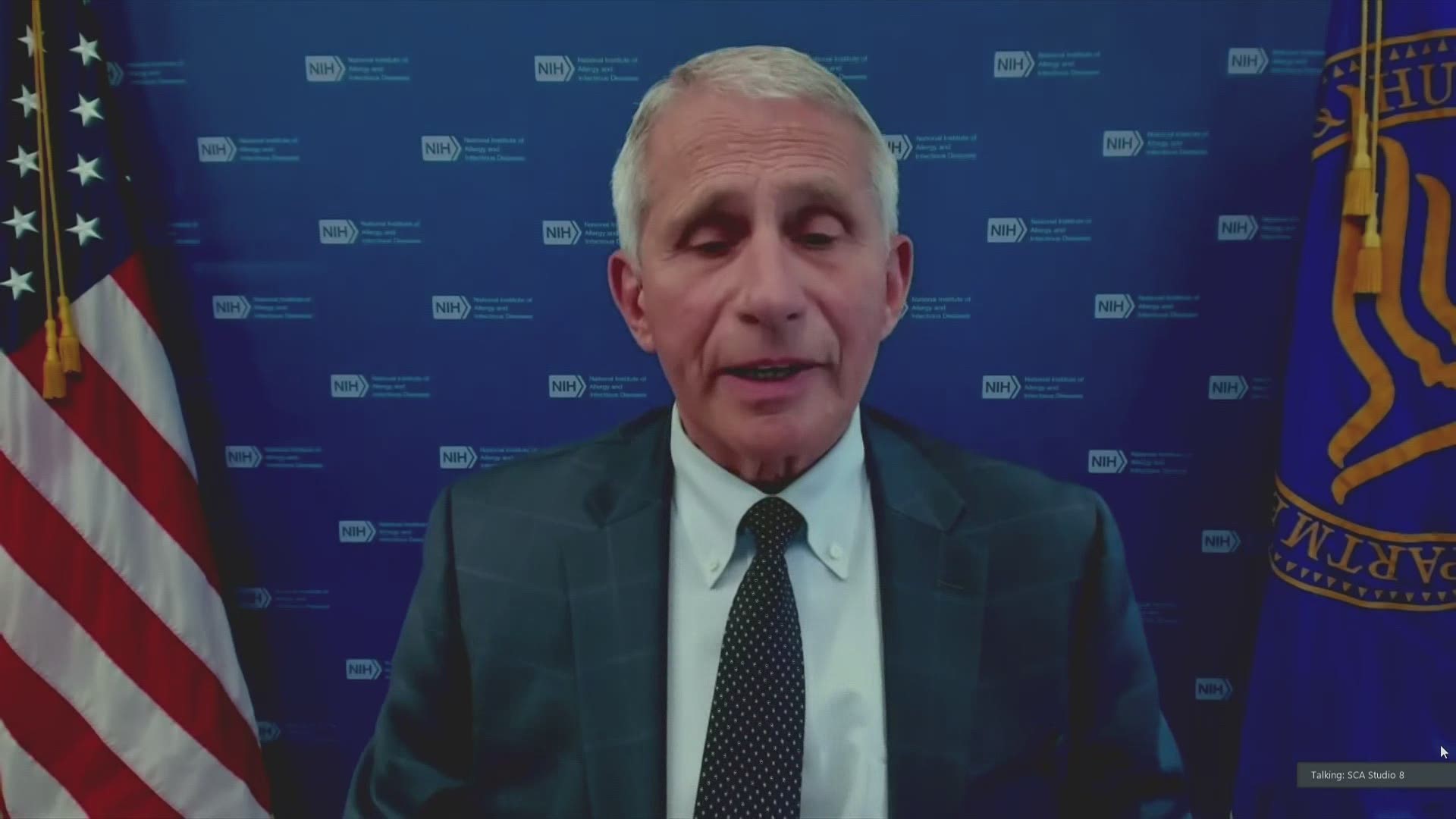 The United States is in an "unnecessary predicament" of soaring COVID-19 cases fueled by unvaccinated Americans and the virulent delta variant, the nation's top infectious diseases expert said Sunday.

He said recommending that the vaccinated wear masks is "under active consideration'' by the government's leading public health officials. Also, booster shots may be suggested for people with suppressed immune systems who have been vaccinated, Fauci said.

Fauci, who also serves President Joe Biden's chief medical adviser, told CNN's "State of the Union" that he has taken part in conversations about altering the mask guidelines.

He noted that some local jurisdictions where infection rates are surging, such as Los Angeles County, are already calling on individuals to wear masks in public regardless of vaccination status. Fauci said those local rules are compatible with the Centers for Disease Control and Prevention recommendation that the vaccinated do not need to wear masks in public.

Nearly 163 million people, or 49% of the U.S. population, are vaccinated, according to CDC data.

Fauci said government experts are reviewing early data as they consider whether to recommend that vaccinated individuals to get booster shots. He suggested that some of the most vulnerable, such as organ transplant and cancer patients, are "likely" to be recommended for booster shots.

He also praised Republicans, including Govs. Asa Hutchinson of Arkansas and Ron DeSantis of Florida, and the second-ranking House leader, Rep. Steve Scalise of Louisiana, for encouraging their constituents to get vaccinated. Their states have among the lowest vaccination rates in the country.

"What I would really like to see is more and more of the leaders in those areas that are not vaccinating to get out and speak out and encourage people to get vaccinated," Fauci said.

Hutchinson, also speaking on CNN, said he did not know whether he might have underestimated the hesitancy of people to get the vaccine, but acknowledged that "the resistance has hardened in certain elements and is simply false information. It is myths. As I go into these town hall meetings, someone said: `Don't call it a vaccine. Call it a bioweapon.' And they talk about mind control. Well, those are obviously erroneous. Other members of the community correct that."