Fauci says he can't stop Trump from talking at briefings

Dr. Anthony Fauci says he can't jump in front of the microphone to stop President Trump from speaking at daily White House briefings on the coronavirus outbreak. 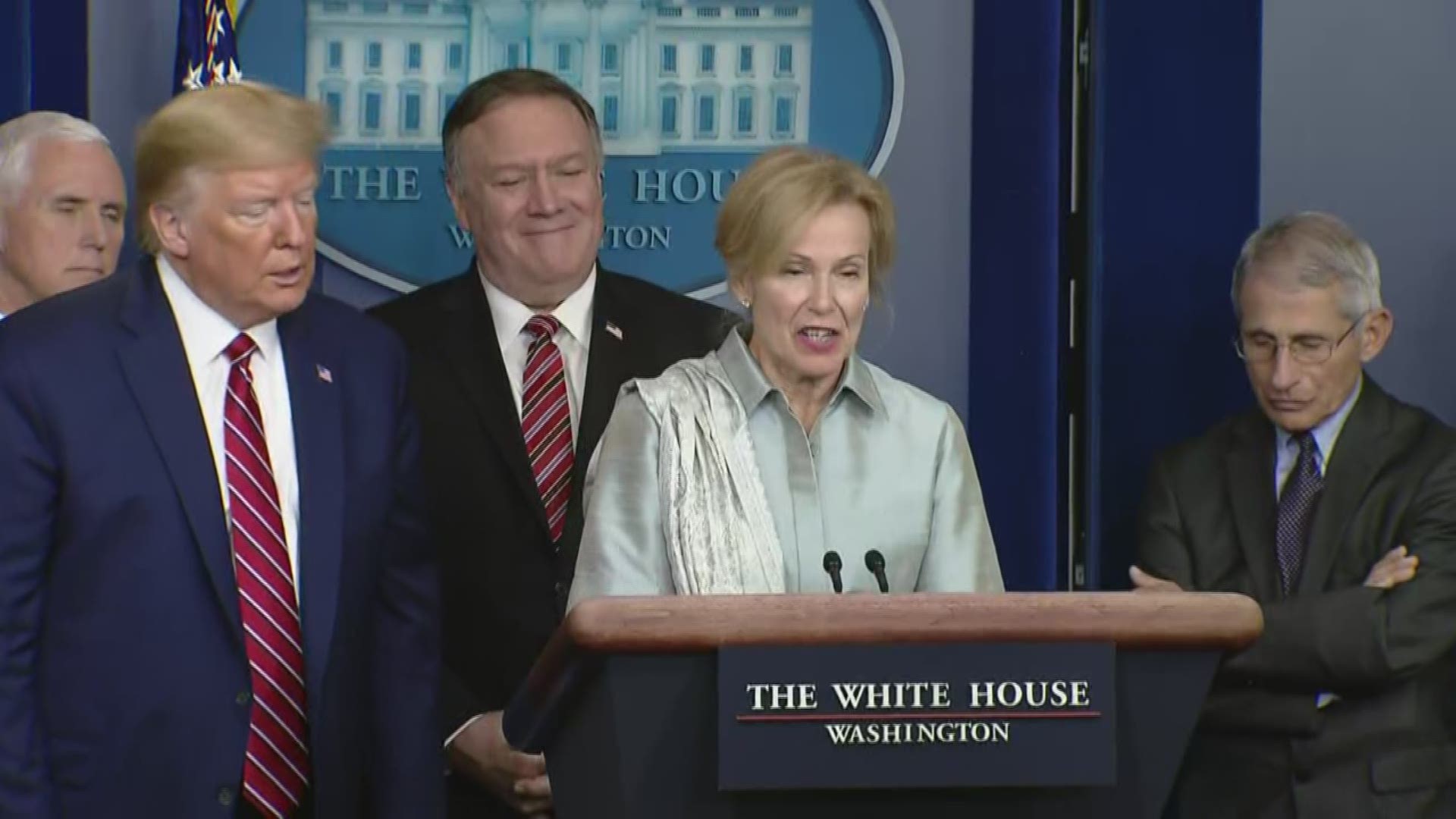 WASHINGTON — Dr. Anthony Fauci says he can't jump in front of the microphone to stop President Donald Trump from speaking at daily White House briefings on the coronavirus outbreak.

The nation's top infectious disease expert told Science magazine in an interview that Trump listens "even though we disagree on some things."

"He goes his own way. He has his own style," Fauci, the longtime director of the National Institute of Allergy and Infectious Diseases, said in the telephone interview with the magazine Sunday. "But on substantive issues, he does listen to what I say."

Trump complained at a recent briefing that China should have told the world about the virus much earlier. The new coronavirus originated in China. Fauci said he told the "appropriate people" after Trump made the comment that "it doesn't comport, because two or three months earlier would have been September." The coronavirus emerged in central China in December.

Fauci said Trump's aides may caution him against repeating the statement but if the president chooses to say it again, "I can't jump in front of the microphone and push him down."

Trump and Fauci sparred politely but publicly last week over whether a malaria drug would work to treat people with the coronavirus disease.

Asked about being present when things are said that he disagrees with, Fauci said: "I don't disagree in the substance. It is expressed in a way that I would not express it, because it could lead to some misunderstanding about what the facts are about a given subject."

"I like Dr. Fauci a lot," Trump said when the questioning turned to Fauci's absence from Monday's briefing.

On Friday, the doctor put a hand over his face when Trump injected a conspiracy theory into the proceeding by referring to the State Department as the "Deep State Department."

Asked if he'd been criticized for it, Fauci said, "No comment."

For most people, the new coronavirus causes only mild or moderate symptoms, such as fever and cough. For some, especially older adults and people with existing health problems, it can cause more severe illness, including pneumonia. The vast majority of people recover from the new virus.

According to the World Health Organization, people with mild illness recover in about two weeks, while those with more severe illness may take three to six weeks to recover.

The Associated Press receives support for health and science coverage from the Howard Hughes Medical Institute's Department of Science Education. The AP is solely responsible for all content.