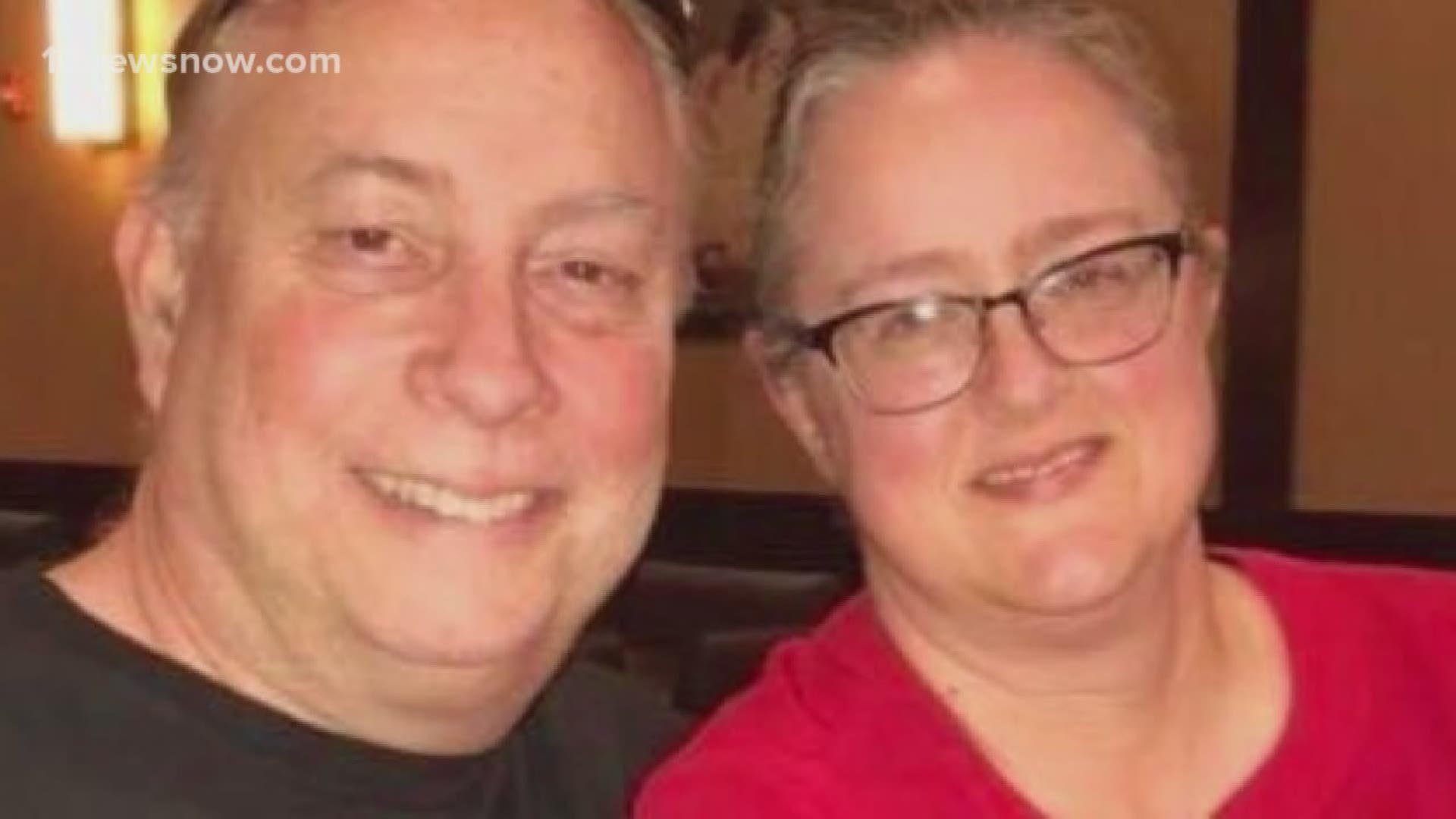 BEAUMONT, Texas — A Southeast Texas family is pleading for help from the community as 59-year-old Charles Spivey is fighting for his life inside Baptist Hospital.

Convalescent plasma has been one treatment that has proven successful for patients like Spivey who are seriously ill.

As the number of cases continue to rise, hospitals are in need of even more plasma donations.

The reason, when a patient recovers from the coronavirus, their body creates antibodies which help fight off COVID-19.

That's why Spivey's family and LifeShare Blood Center in Beaumont are pleading for help.

"It would mean the world to a lot of people, it's going to save lives," Spivey's nephew-in-law, James Johnson, said.

Spivey was admitted to Baptist Hospital four days ago when his oxygen levels deteriorated.

"When he says he's worried about the condition he is in, it's very serious when a grown man says something like that," Johnson told 12News.

With double pneumonia, breathing has become a difficult task for Spivey.

But he was recently given a vile of plasma which quickly improved his condition, at least temporarily.

Vidor man fighting for his life against COVID-19, pneumonia

"Changed everything, he got up and was able to shave and shower," Johnson said. "He felt like he could really run a marathon is what he said."

The problem is, hospitals don't have enough plasma to help treat those who are in most need.

Now, Spivey is once again in a battle for his life.

Lifeshare Blood Center in Beaumont is the place to go for donations, but Tiffany Ybarra says people just aren't walking through the doors.

"You can give convalescent plasma every 28 days and a lot of people haven't come in to make that second donation that they are eligible to do," Ybarra said. "Plus, there's a lot of people who just haven't done it yet."

Only 24 people out of more than 1100 who have recovered from COVID-19 in Southeast Texas have donated.

"The main thing is you're giving back, so when you were sick someone was taking care of you. Now, this is your chance to help take care of someone else who is now gravely ill," Ybarra told 12News.

For Spivey, he's not the only one feeling the toll of the coronavirus, so is his wife.

"She's very emotional by the way, she's been at home dealing with this all by herself. She's got COVID as well," Johnson said.

For Johnson, the message is simple.

"Please go and share, that's all it is," Johnson said.

In addition to encouraging more donations, the family has created a GoFundMe and t-shirt fundraiser to help.

All proceeds go to the Spiveys. You can order a t-shirt through PayPal by using the email KassidiFlanigan@gmail.com or pay with cash.