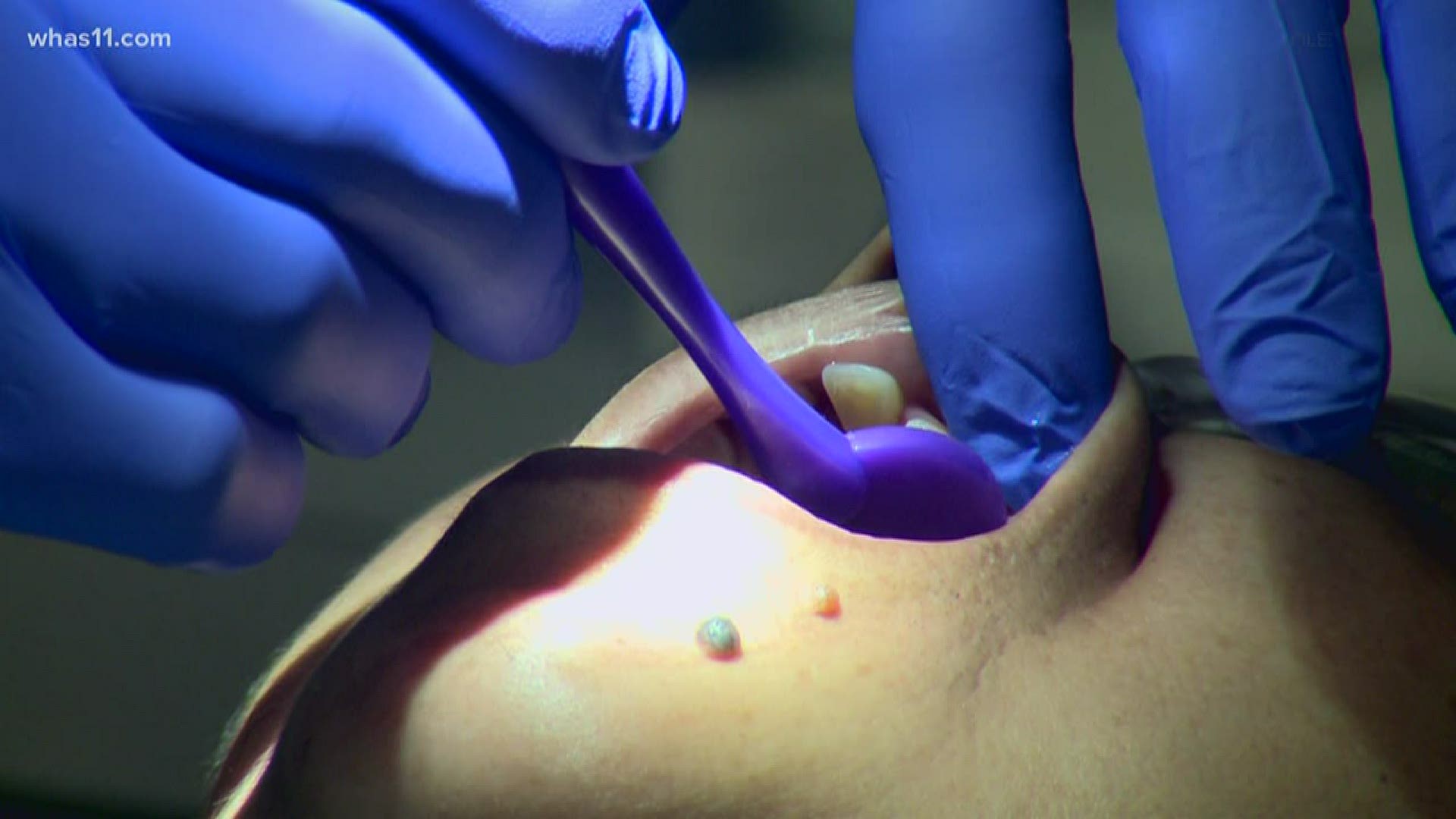 LOUISVILLE, Ky. — Certain healthcare practices in Kentucky have the green light to reopen Monday, but that doesn't mean everyone is ready to rush back to open the doors.

"I certainly wasn't expecting to hear that we were able to open on Monday, so I'm glad to hear we're starting to take some steps to get the economy back to where it needs to be," Dr. Tyler Jury of Jury Family Dentistry said.

Gov. Andy Beshear announced medical clinics, physical therapy, and chiropractic offices, optometry practices, and dental offices were among the healthcare providers that could reopen as part of the governor's plan to slowly reopen Kentucky's economy. But Jury said despite the governor's announcement, many dentists aren't quite ready to fully reopen at this time.

"I think it's a lot bigger than everybody opens up on Monday and start calling in and scheduling," he said. "I think it's going to be a phased-in reopening."

Jury said that phased-in opening may mean offering fewer services at first and seeing patients who may not have emergencies but still have urgent needs that need to be treated as soon as possible.

"'Hey, this has been hurting or bugging me. Hey, this crown has fallen off,'" Jury said. "Those types of things, we need to address. We don't want to leave people in a situation where they're going to be worse off for not having been seen."

Jury said there are still many hurdles before his practice can see its regular patient load. Those challenges including scheduling staff, many whom will still be needed at home to care for children with in-person schooling and summer camps canceled for the foreseeable future.

Then there is the issue of having enough PPE. Jury said many dentists had donated most of their reserves to hospitals during the peak of the coronavirus pandemic.

"Getting a box of 50 masks for a dental office is incredibly difficult right now," he said.

Jury said the earliest things may return to normal as far as his services go maybe June 1, but even then, he said patients can expect to see some changes.

"I don't think that lobbies are going to be populated like that used to be," he said. "I think it's going to be patients waiting out in their cars until their appointment times."