According to Governor Beshear, the COVID-19 numbers show the state is no longer in a plateau but in a decline. 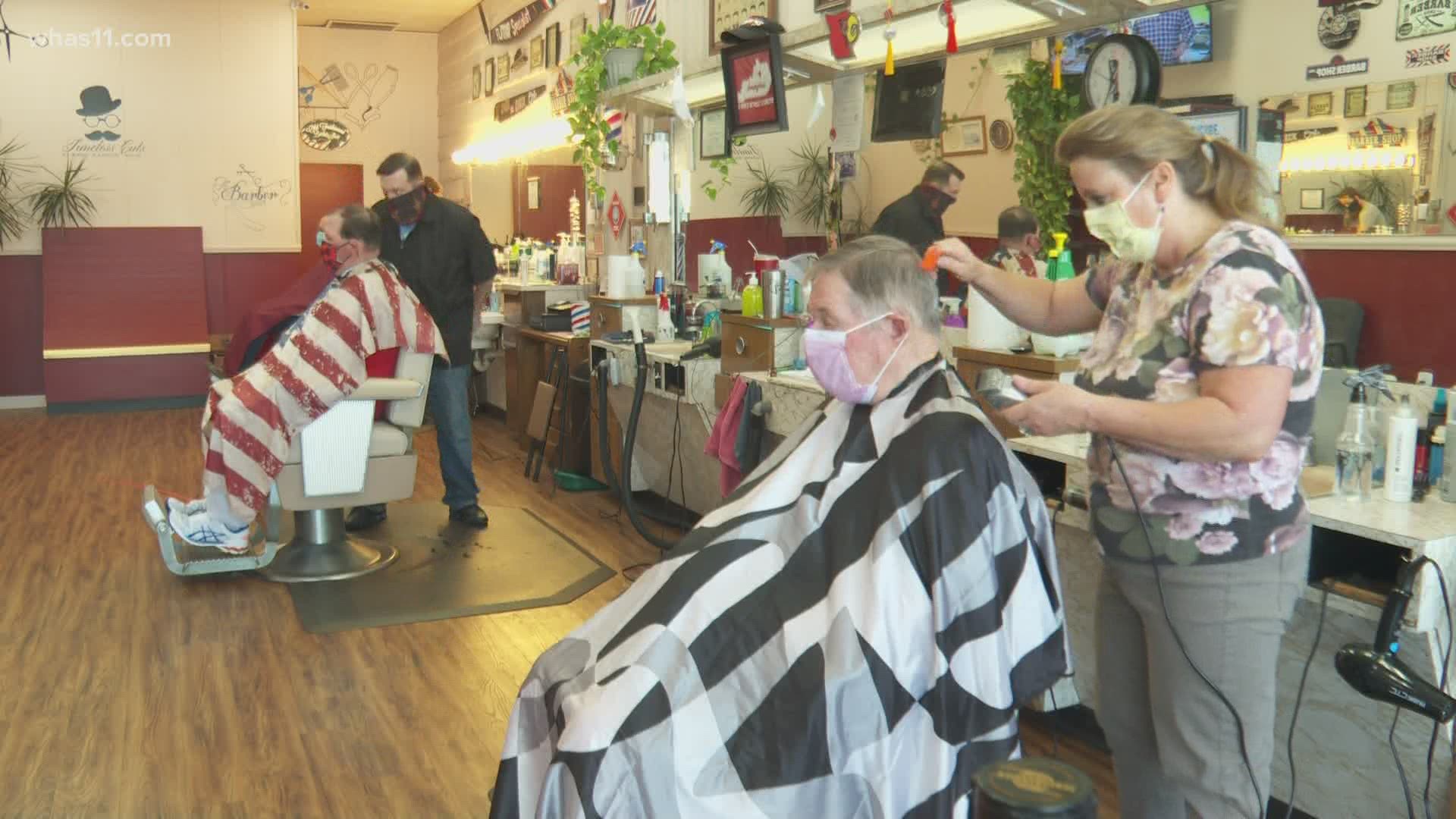 Governor Andy Beshear has confirmed 247 new cases of COVID-19, bringing the states total to 9,704. He announced 13 more people have died from the virus, raising the total to 431.

Gov. Andy Beshear announced 113 new cases of COVID-19 in Kentucky. While he said the number was larger than what was seen at the beginning of the pandemic, he said it shows the state is still on a decline.

"In a day where we are testing so many, this number continues to show a decrease we should all be grateful [for]," Beshear said.

The governor said 15 of the new cases were in Jefferson County. There were nine new deaths, including one Louisville man.

Overall, the state currently has 494 hospitalizations and 88 people in the ICU. There have been 3,181 total recoveries.

Beshear said the state's testing continues to get better, saying Kentucky is leading in continuing to increase testing.

He also announced Kentucky Kingdom will reopen the week of June 29, warning it will look different as they work to implement social distancing guidelines.

The state is also working on a limited opening of public pools that week, though Beshear said he does not have many details on it at this time. The governor said city leaders can choose to close or open.

"I ask you to trust in your local leaders," Beshear said.

Every state park has also been included in reopening plans. Beshear said they plan to reopen June 1.

The unemployment insurance office did announce its portal had "potential vulnerability" on April 23. People who made claims could have viewed the identity verification documents uploaded by other people on the site. There have not been reports of identity theft at this time.

UI will contact anyone who may have been vulnerable in the next week.

Kentucky saw 127 new cases of coronavirus, bringing the total to 9,077 cases. There are currently 512 people hospitalized with COVID-19, and 82 are currently in the ICU.

Beshear said the numbers show the state is no longer plateauing, but is instead on the decline.

Fischer said 1,571 people have recovered from the virus in Jefferson County, 33 more than his last announcement. Six first responders are still fighting COVID-19, the mayor said.

The mayor also announced next steps in his Build Back Better, Together initiative, including creation of a steering committee and focus area teams.

The seven key focus groups are Arts and Culture; Built and Natural Environment; Economy; Education and Talent Development; Health and Safety; Hospitality, Sports and Bourbonism; and Social Infrastructure and Impact.

Each team will include leaders from government, business, nonprofit, and community organizations involved in the areas.

Commissioner of the Kentucky Department for Public Health Dr. Steven Stack urged Kentuckians to wears mask and reminded residents of the importance of wearing them to slow the spread of the virus.

Stack also showed a video which was taken over the holiday weekend at a bar in Kentucky. The video showed The Paddock in Lexington packed with people who were not wearing masks or practicing social distancing.

Secretary of the Kentucky Cabinet for Health and Family Services Eric Friedlander discussed the transfer of residents from Nazareth Home Clifton Campus in Louisville to area hospitals. Everyone in the center was tested for coronavirus starting May 20. Resulted showed 34 residents and 19 staff were positive for the virus, with many of the cases asymptomatic.

This brings their district case count to 183.

As of Tuesday, there have been 69 new confirmed cases of COVID-19 in Louisville, bringing the total to 2,376 with 1,538 recoveries. There have been two additional deaths since Monday. The confirmed Louisville total is 154.
Gender/age details

Currently, 25 members of LMPD, Louisville Fire, Metro EMS, Metro Corrections and the Sheriff’s Office are off-duty due to COVID-19:

Metro Corrections inmate data for May 26:

Louisville Mayor Greg Fischer has confirmed 41 new cases of COVID-19 in Jefferson County, bringing the current total to 2,307. He says four more people have died from the virus. Those include:

Seventeen more people have recovered from the virus bringing that total to 1,511.

Louisville has confirmed 17 new cases of COVID-19. This brings Jefferson County's total to 2,266. Two more deaths have also been reported. A 67-year-old woman and a 66-year-old man have died from complications of the virus. So far, 1,494 people in the area have recovered.

In a tweet, Mayor Greg Fischer provided the updates and encouraged residents to stay home when possible, continue to stay 6 feet apart and wear a face mask in public.