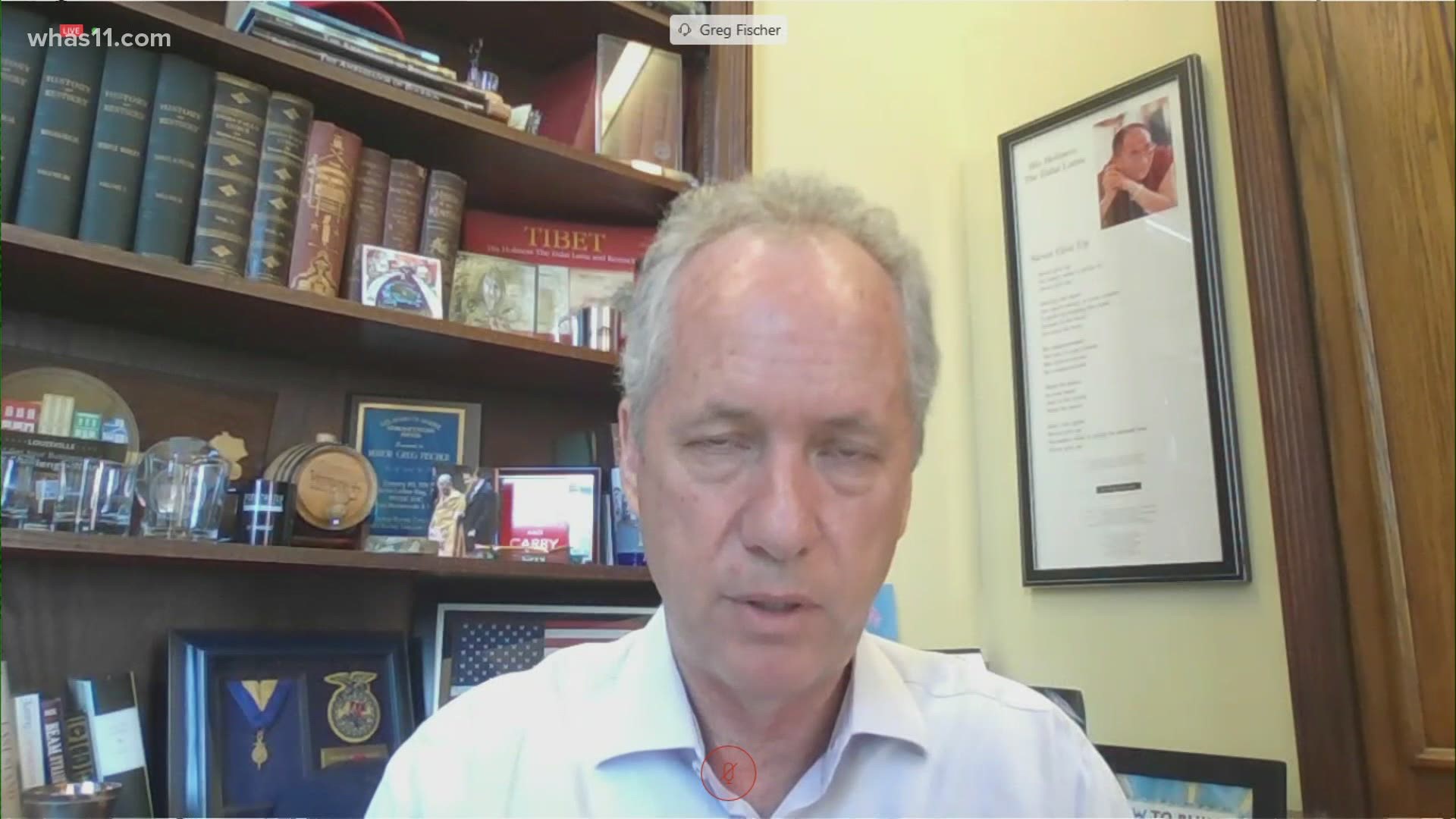 The deaths reported Friday include a 89- and 91-year-old women from Shelby County and a 107-year-old woman from Jefferson County.

There have been at least 430,071 tests performed as of Friday, and Beshear said at least 4,747 people have recovered.

"In particular, if you’re going to a park, river, lake or attending a gathering, maintain a safe social distance between you and others outside of your household," State Health Commissioner Dr. Steven Stack said. "Remember to practice good hand hygiene, screen yourself for signs of illness and wear a face covering whenever you are near others."

The governor also announced nine additional deaths. At least 581 Kentuckians have died due to the virus.

The deaths reported Thursday include a 90-year-old man from Shelby County.

Louisville health officials said the city is currently in a plateau. Fischer said that while Louisville has plenty of hospital beds available and expanded testing capacity, officials would like to maintain the city's low positivity rate of approximately 8%.

There are currently 17 testing sites available for the general public. In addition, all healthcare systems as well as Park DuValle Community Health Center locations and Hope Wellness Center offer testing for patients.

New testing opportunities for the general public include:

All sites are by appointment only and require registering in advance.

A complete list of COVID-19 testing sites can be found here.

Beshear said there were at least 15,842 coronavirus cases in Kentucky, 220 of which were new Wednesday.

Seven additional Kentuckians have died, bringing the total to 572 deaths. The deaths include a 63-year-old woman and 86- and 97-year-old men from Jefferson County; a 54-year-old man from Oldham County; and a 94-year-old woman from Shelby County.

"Just because the majority may be older, doesn't mean the person who spread it to them was older," Beshear said.

Beshear has confirmed 117 new cases of COVID-19. The governor said Robertson County, located in northeastern Kentucky, confirmed their first case of the virus.

All 120 counties in the state have now reported cases of coronavirus.

“This confirms what we’ve been saying for weeks: This disease is everywhere and because of that we need all Kentuckians to practice social distancing and wear masks to keep each other safe,” the Governor said. “While we might see fewer cases in some areas right now, we know cases can spike quickly if we’re not careful.”

The governor did report two new deaths due to the virus. Both victims, a 67-year-old woman and an 83-year-old man were both from Jefferson County. Kentucky has lost 560 people so far.