The Southeastern Conference has been hit hard by the virus, sidelining four of its five ranked teams including No. 1 Alabama, who was seeking revenge against LSU. 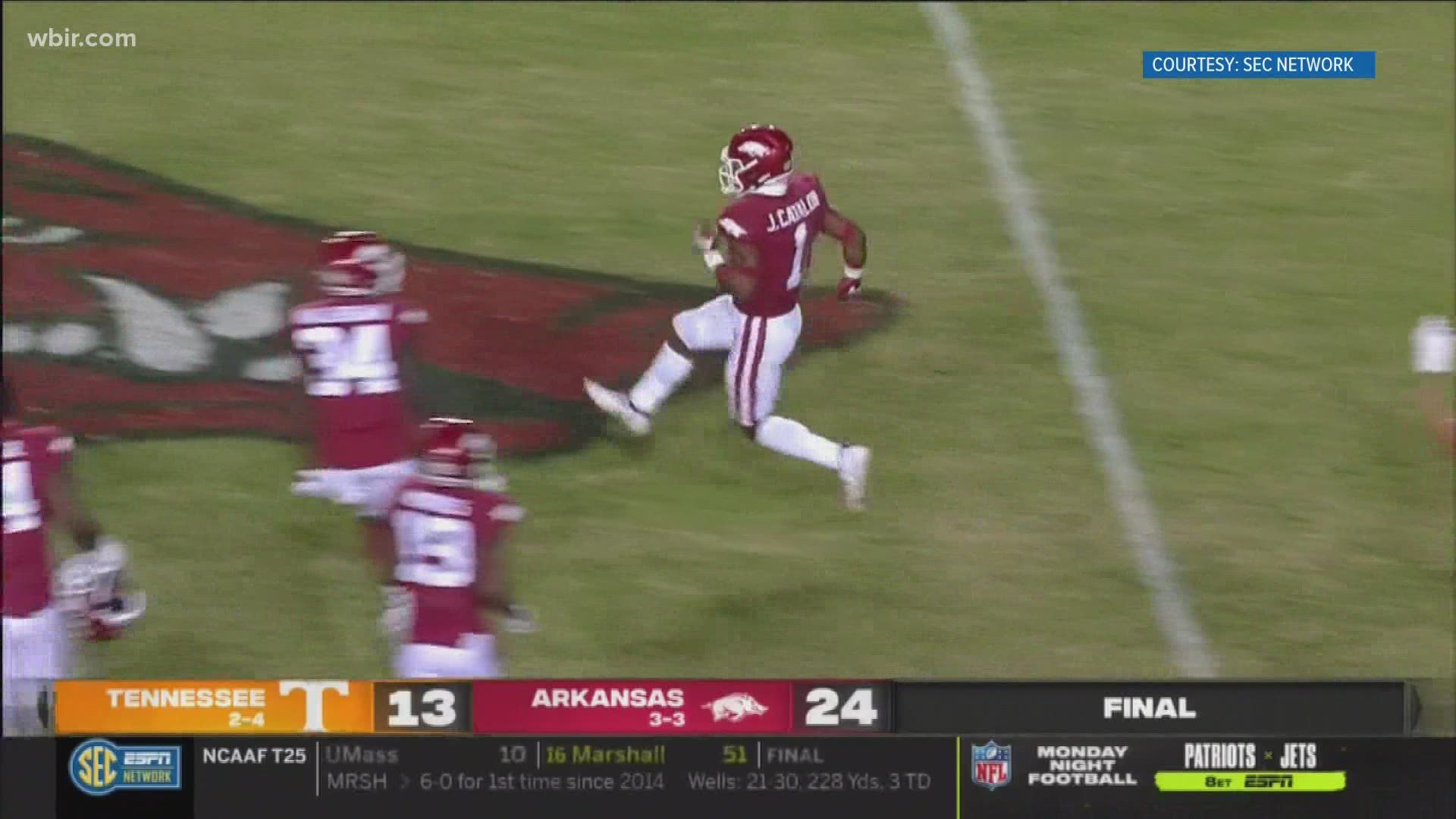 Things to watch in week 8 of the Southeastern Conference:

The ongoing coronavirus pandemic has hit the SEC hard this week, The league had to postpone four of its seven scheduled games due to outbreaks among league teams. No. 1 Alabama's revenge-seeking visit to LSU — the Tigers defeated the Crimson Tide a year ago on the way to a national title — was set to highlight the league schedule. Instead, COVID-19 cases in LSU's program led the league to call off the game. Virus worries for No. 5 Texas A&M led to the postponement Tuesday of the Aggies game at Tennessee. Texas A&M reported two COVID-19 cases following its 48-3 victory over South Carolina last week. Quarantining and contact tracing for Mississippi State led the SEC to postpone its contest with No. 24 Auburn. No. 12 Georgia's game at Missouri was also postponed after the Tigers had a combination of contact tracing, positive tests and quarantines. The lone SEC ranked team still playing is No. 6 Florida, which will take on Arkansas, although Razorbacks coach Sam Pittman won't be on the sideline after testing positive for the virus.

MATCHUP OF THE WEEK

It's got to be Florida facing its old quarterback in Arkansas' Feleipe Franks. The Gators took a huge step forward last week in dispatching “Cocktail Party” rival Georgia to move up in the rankings and put themselves within striking distance of the College Football Playoffs. Franks, the Florida transfer, has the Razorbacks program competitive in coach Sam Pittman's first season. By the way, Pittman won't be on the sidelines at Florida Field after testing positive for COVID-19. Former Missouri coach and Razorbacks defensive coordinator Barry Odom will lead the team. Franks has thrown 14 touchdowns with just three interceptions. Florida ranks ninth in SEC pass defense, giving up 10 touchdowns and 262 yards passing this season.

Mississippi's Elijah Moore is the SEC's leading receiver and could have another big day ahead against a South Carolina secondary that's allowed a league-high 14 touchdown passes this season. Moore is a 5-foot-9, 185 pound junior from Fort Lauderdale, Florida who is excelling in coach Lane Kiffin's wide-open offense, averaging 138 yards receiving a game and topping the SEC with 61 catches for 829 yards. He had 14 catches and 238 yards in a win over Vanderbilt last week.

Kentucky has just seven pass plays that have gone 20 yards or more — and only two of those have gained 30-or-more yards. Vanderbilt has given up 278 yards passing a game this season and 13 passing touchdowns. ... The Commodores got throughout October without going on the road. They finish the season with four road trips in their final six games. ... Florida coach Dan Mullen said do-everything tight end Kyle Pitts is questionable against the Razorbacks after his collision in the win over Georgia last week. Pitts has 24 catches for 414 yards and eight touchdowns — the most scoring passes by a tight end in Gators history.

RELATED: UGA's game on Saturday postponed due to COVID issues

Credit: AP
FILE - In this Sept. 26, 2020, file photo, Alabama coach Nick Saban leads his team to the field before an NCAA college football game against Missouri in Columbia, Mo. Alabama is No. 1 in The Associated Press college football poll for the first time this year, extending its record of consecutive seasons with at least one week on top of the rankings to 13. (AP Photo/L.G. Patterson, File)