Governor Andy Beshear first announced the Governor’s Mansion would light up in the color green every time he had to report a fatality. 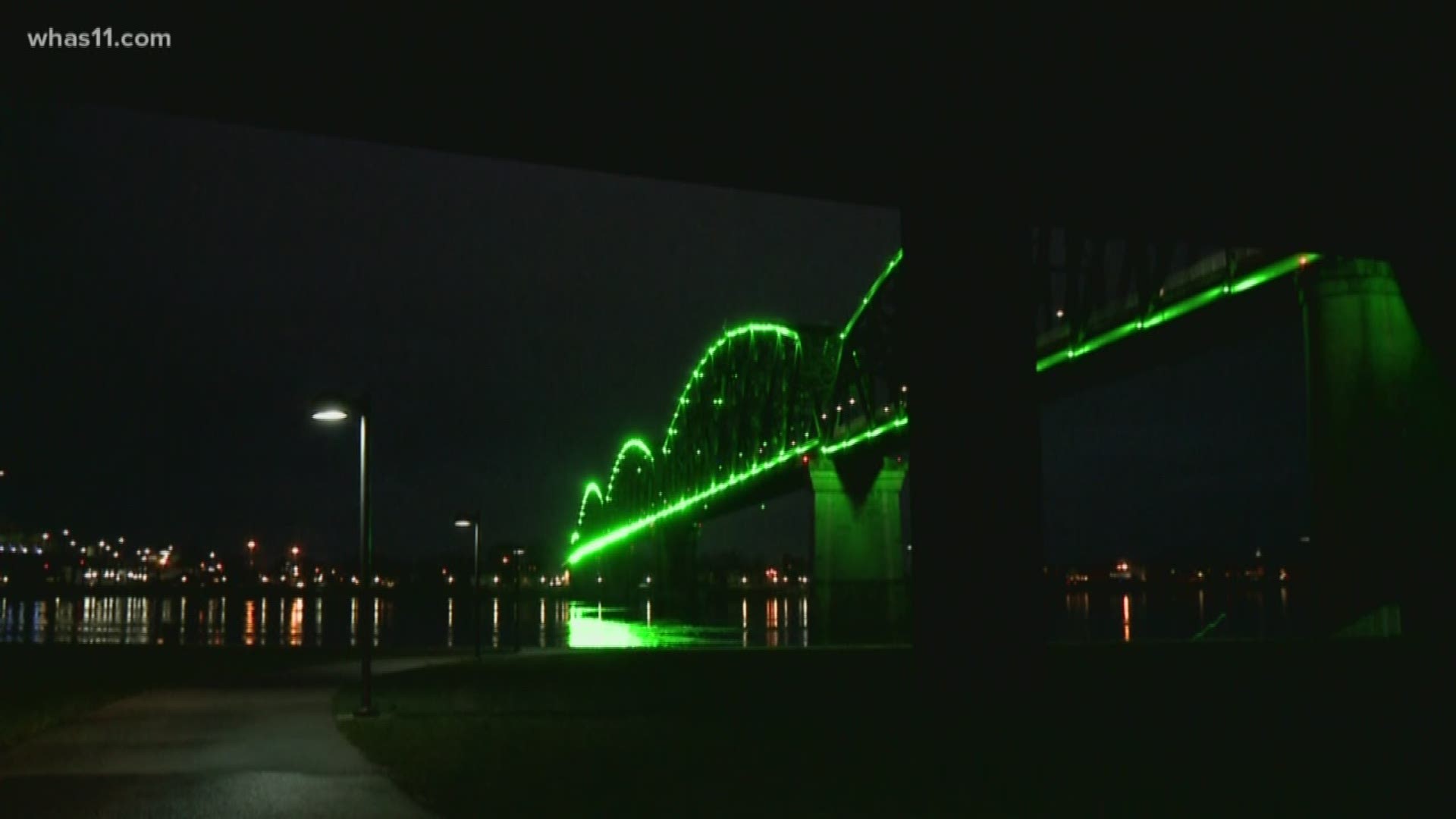 LOUISVILLE, Ky. — The Historic City Hall Clock Tower will glow green following the Big Four Bridge and the Kentucky Governor’s Mansion as a symbol of compassion for Covid-19 victims.

“In these last few days as COVID 19 has impacted more and more lives, I have seen many examples of residents of our city helping others through donations and volunteerism. That is compassion,” said President David James (D-6). “Let the clock tower shine to remind all of us that we are in this thing together and together we can weather the storm.”

According to the Mayor, the Waterfront Development Corp. said the nightly lighting is “a symbol of our community’s compassion and resilience during these uncertain times. We want it to be a reminder to everyone that hope is a strong current that binds our city as we work together to mitigate the pandemic.”

“If you see the clock tower light, remember there are many who will need help in the coming weeks. Our compassion must be as strong then as it is now,” said James.

RELATED: 15 podcasts you should listen to while in quarantine

RELATED: List | These businesses are hiring due to the coronavirus outbreak

RELATED: How many cases of coronavirus are there in Indiana?