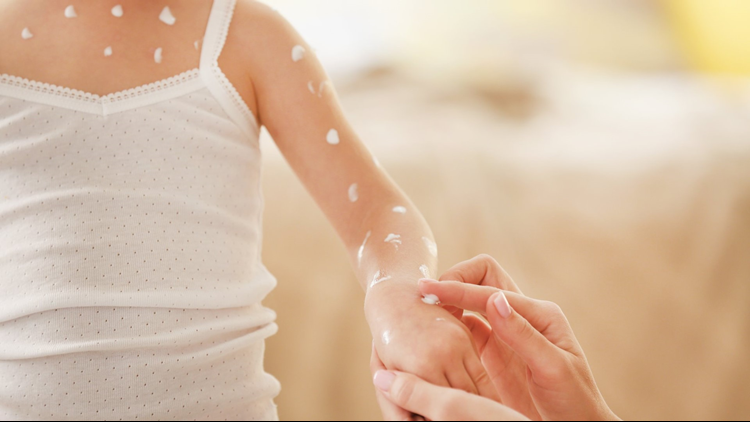 BOULDER — Before the chickenpox vaccine was introduced more than 20 years ago, parents regularly exposed their kids to the virus to build an immunity. Today, some parents refuse to vaccinate their children - fearing very rare side effects.

Alternatively, some of those parents are organizing “pox parties” on Facebook. They’re bringing their healthy kids in contact with a child who has chickenpox. Parents in these groups are willing to drive hours and even to different states to put their kids in the same room as an infected person.

Screenshots sent to 9NEWS from the private Facebook group show strategies to get children sick. The tenting method suggests putting a sick kid in a small space for half an hour, ensuring the enclosure is full of exhaled air. Then, add the healthy kid with some toys to keep them occupied and “let the party begin!”

“Bonus for sharing snacks out of the same bowl,” the writer adds. “Also, bring the host mom something by way of thx. A casserole or tp or something!”

The parties appear to actually be happening. One mother with a sick child wrote that she has “been swamped with requests” and that she “can accommodate as many requests as possible,” providing specific timeframes.

However, Lindsay Diamond, who has a doctorate in molecular biology and co-founded Community Immunity, said not so fast.

“There’s this emphasis on natural immunity being better than vaccine-delivered immunity. So, the idea [is] that you would get your child chickenpox, and that would give them this sort of life-long immunity,” Diamond said. “But you can achieve the same thing, or close to, with the vaccine without serious risks.”

She said the major side effects of vaccines, such as an allergic reaction, are extremely rare and that the benefits greatly outweigh the potential problems. Chickenpox itself can bring on additional problems like encephalitis and pneumonia, and the more people exposed to the virus itself, the higher the chance is for a serious complication.

“This is all focused on your child, but in reality this is a community issue. And so these people then go out into their world. They go to the library, they go to the grocery store, they go to schools where there’s likely to be an immunocompromised person. And then you are risking the health of not only your own child, but the public health,” Diamond said.

The Colorado Department of Public Health and Environment reminded the public that chickenpox can be a serious infection, especially for infants, pregnant women and people with weakened immune systems. They said vaccination is the best way to protect children and communities from chickenpox.

9NEWS made several attempts to interview someone from one of the Facebook groups, but was denied.