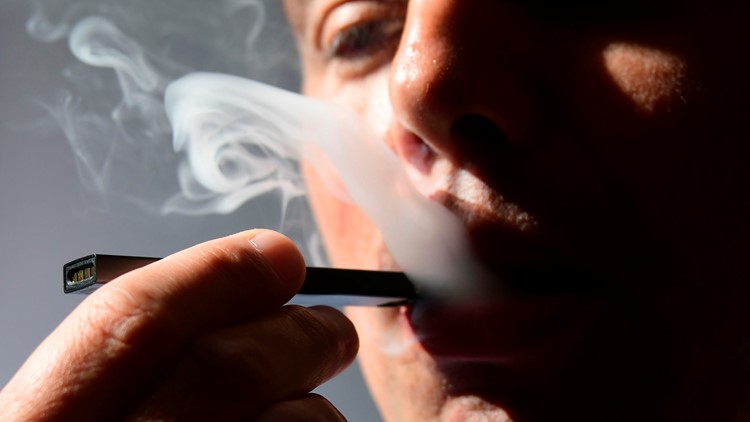 Photo by: EVA HAMBACH/AFP/Getty Images
An illustration shows a man exhaling smoke from an electronic cigarette in Washington, DC on October 2, 2018.

CDC: 11 Hoosiers with history of vaping have lung illnesses

INDIANAPOLIS — Federal health officials say 11 Indiana residents with a history of vaping have been stricken with severe respiratory illnesses.

The Centers for Disease Control and Prevention has tracked 94 cases of the illnesses in 14 states since June. The agency says some patients grew so ill they needed a ventilator to help them breathe, but improved when treated with steroids.

All of the patients reported having used e-cigarettes in the weeks or months before falling ill.

Indiana State Department of Health spokeswoman Greta Sanderson tells The Indianapolis Star the agency has confirmed that six of the 11 cases it's investigating are linked to vaping .

Many of those affected nationally have been youths and young adults , but Sanderson says the majority of those stricken in Indiana have been adults.