The app helps first responders calculate medicine dosage on the way to the scene instead of waiting until they arrive. 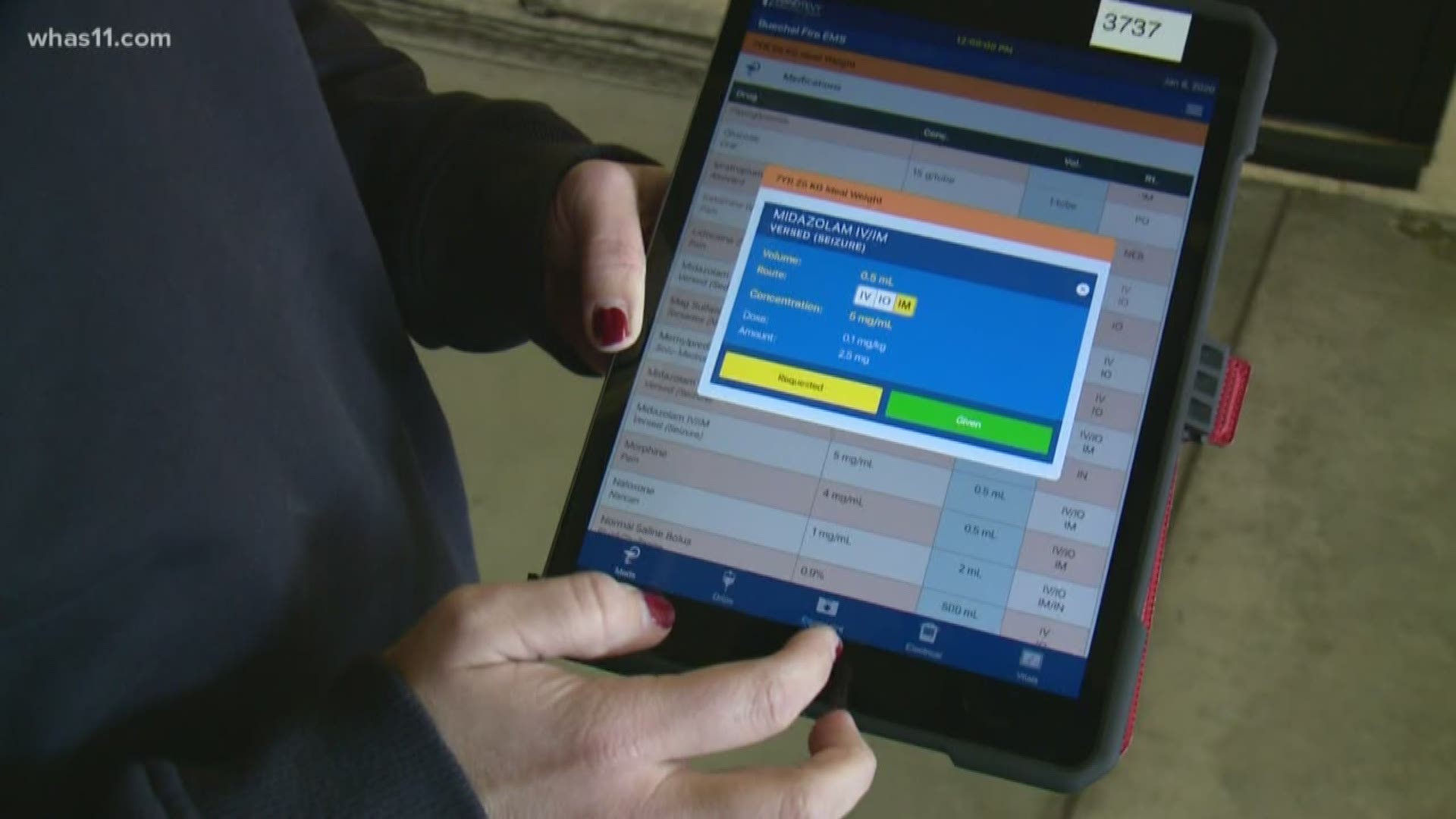 JEFFERSON COUNTY, Ky. — When it comes to saving the lives of pediatric patients, there's not a second on a call to spare for first responders. A new app, Buechel Fire-EMS will start using this week, is hoping to save the lives of children in the community one tap at a time.

When you see them in your community using their smart phone or an iPad, they aren't scrolling social media.

"They're actually using tools to help them provide adequate care to a child when seconds matter most," spokesperson for the Buechel Fire-EMS Department Jordan Yuodis said.

After training the last two days, the department is the first fire based EMS service in the county to implement the app.

"We would lay the pediatric patient out, whether on our stretcher or the ground, and roll out a long measuring tape," said Bailey.  "Once we knew how long the patient was we would base all our weight based medication dosages off that length."

The app, called 'Handtevy Mobile,' shows paramedics the proper dose based on age and weight allowing them to start pulling medicine on the way to the scene.

"By knowing that going in, we can be better prepared so once were on scene, were not doing that math, were not pulling out our calculators to try and figure that dosage out," said Bailey.  "That's seconds were getting to your child faster that can be life saving."

EMS also hopes the app will provide a new level of clarity and confidence to first responders, who will know they did everything they could as instructed to save the patient.

"A lot of our people would question themselves.  'Hey, was that the right thing to do?' and that goes into the whole PTSD thing first responders face on a daily basis," said Yuodis. "We're hoping that will help combat that issue."