A pediatric sleep consultant explains how to get children from the newborn stage up to 9-years-old to sleep through the night. 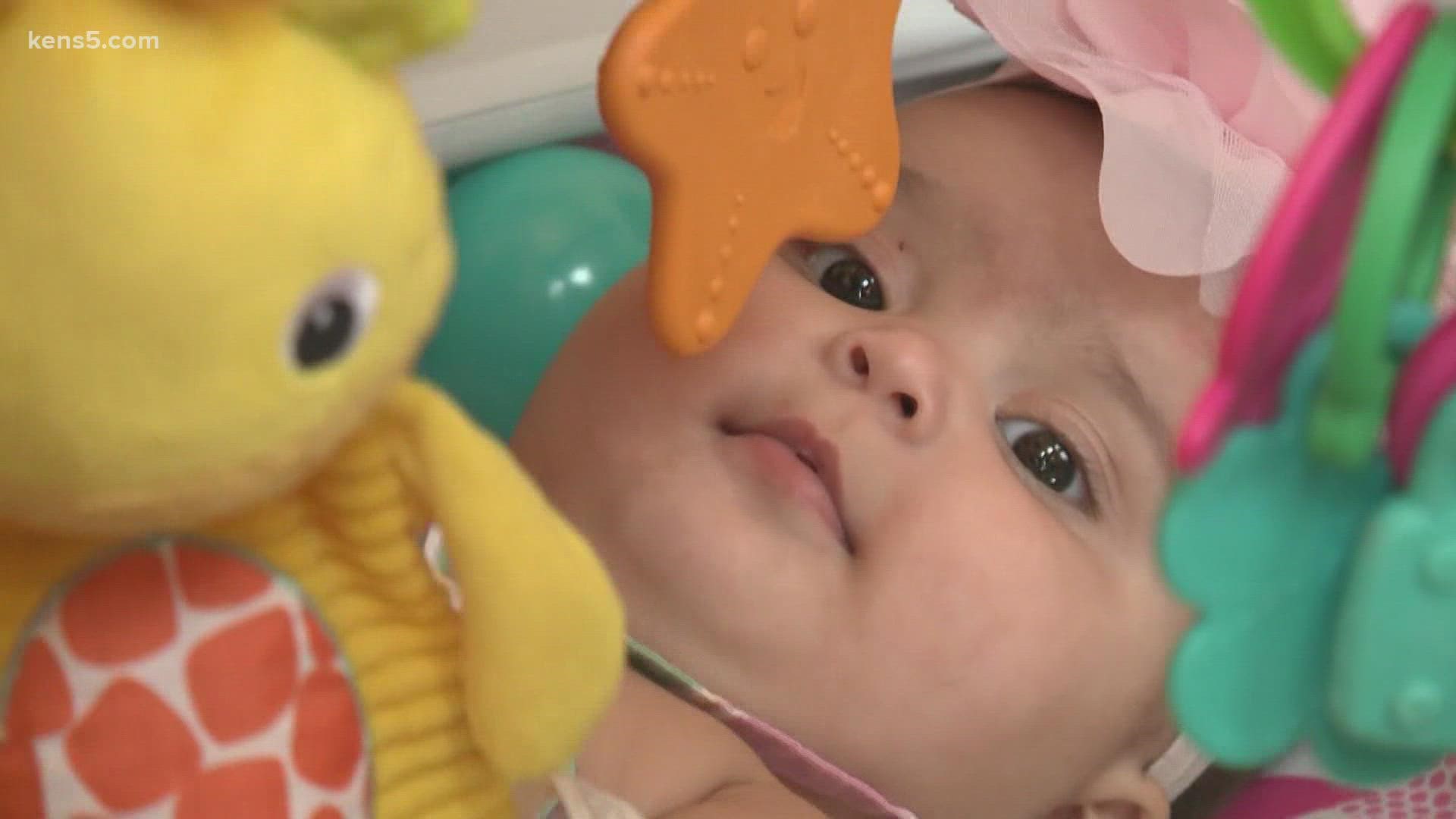 Being a new parent is beautiful but can also be stressful especially with a crying baby at night. As a new mom, I welcomed the help.

“Families usually come to me when they finally have hit their breaking point and they just don't know what to do next," Richelle Munoz, a pediatric sleep consultant from San Antonio, said.

She says she is certified through the sleep science program because there’s actually a science to putting kids to sleep. Munoz coaches children on how to sleep all night long and on their own.

“Something parents are always shocked about. 'My baby can't sleep 12 hours a night.' Watch them! They can and they need it,” Munoz said.

I decided to put it to the test with my baby who was just 4 months old at the time. With my overnight work hours, I wanted to train Bella to sleep in her room.

“What's the secret to getting them to sleep?" I asked her.

"The secret is the baby being confident and being able to put themselves back to sleep without needing anybody else's help," Munoz said.

It sounds easier said than done, but it can be done according to Munoz. She works with all types of clients – from pregnant moms trying to establish good routines, to children as old as 9 years old. She says she consults families from all over the U.S.

The Finleys hired Munoz to sleep train both their daughters after they came to a breaking point.

The Finleys are a military family.

“We were moving every two years. By the time she was a year, she’d slept in 15 different beds. “Of course putting her to bed she had all these smart techniques to not go to bed.”

But a customized plan for their girls crafted by Munoz would prove to be the answer.

“We went through and followed those new rules. It was a little hard on Sean and I, but in 4 days she had it!"

Four days was all it took for the Finleys to sleep again. And their story is more common than you might think.

Munoz says most babies and children can be trained in just three to seven days, but you have to be consistent.

"The most common problem I'm called in to fix is going to be feeding to sleep. Parents use the bottle to put their baby to bed because it seems very natural and easy," she said.

So here’s what you should do according to Munoz:

Before you begin, your baby should be at least 13 pounds and no longer relying on nightly feeds. Also, Munoz said to check with your child's pediatrician first.

“You know, I think a lot of times we are very used to having them on us and that's hard to give up," she said.

She said it’s important parents are emotionally ready to follow these certain rules.

She says children need to have their own room, sleep away from their parents and get rid of all distractions around them.

That means you may have to say goodbye to a few things you thought were helpful:

“If she wakes up in the middle of the night, opens her eyes and fixated on this (mobile), we’re not promoting sleep,” Munoz told me.

What they really need is to learn how to self-soothe, Munoz said, but added she does not advocate having them cry it out.

“First night, 45 minutes of going back and forth between voice and touch until they go back to sleep. So you’d be there to help her with your voice, with touch, you’re just not going to be putting a pacifier in her mouth,” Munoz said.

Munoz said you have to be prepared to stay up the first three nights to comfort your baby. Munoz said an exhausting few nights is worth it once they establish a routine of sleeping on their own.

"The second night it starts to get a little better and then usually by the third night, the baby is sleeping through this whole twelve hours," Munoz said.

“Is it a guaranteed success?“ I asked her.

“Almost,” Munoz responded. "If you put in the work, we can make it happen.”

After following Munoz’s plan for two months, I had success with my baby, who has slept in her own room and usually for 10 to 12 hours.

According to Munoz’s business website, A to ZZZ Sleep Solutions, she offers different packages from $75 to $1,295 which includes a home visit and even sleeping over to help you navigate the night.