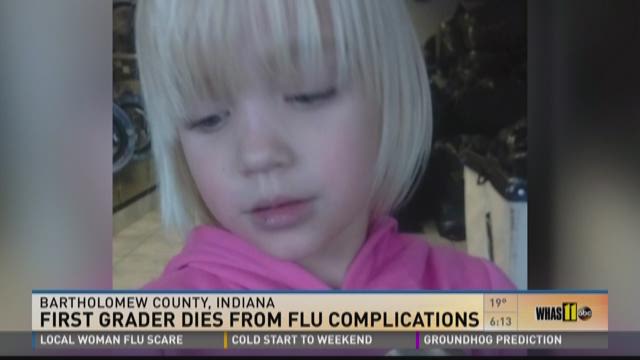 When Courtney Hargett held her niece for the last time, she had no idea goodbye would come so suddenly.

"We got news that she had been sick, and (her father) had taken her to the hospital," she said.

Savanna lived with her father in Columbus.

Hargett said, "After they left the hospital, he took her home, put her in bed, and then found her in the morning."

Savanna was unresponsive. Medics rushed her to Columbus Regional Hospital, where she was pronounced dead.

Savanna had been treated after testing positive for flu, strep and scarlet fever.

"Savana came into this world seven weeks early. She was a fighter. She was strong," Hargett said.

Tracy Kaiser has a daughter at Lincoln Elementary, the same school Savanna attended.

"My daughter knew her as a happy child and somebody that the kids look forward to spending time together with," she said.

Savanna's family had this to say to other parents: "Be careful. Monitor your children very closely, and make sure they're vaccinated."