Give A Day Impact: The Playground

A once rundown park is now a restored playground thanks to a longtime neighbor and a longstanding nonprofit. 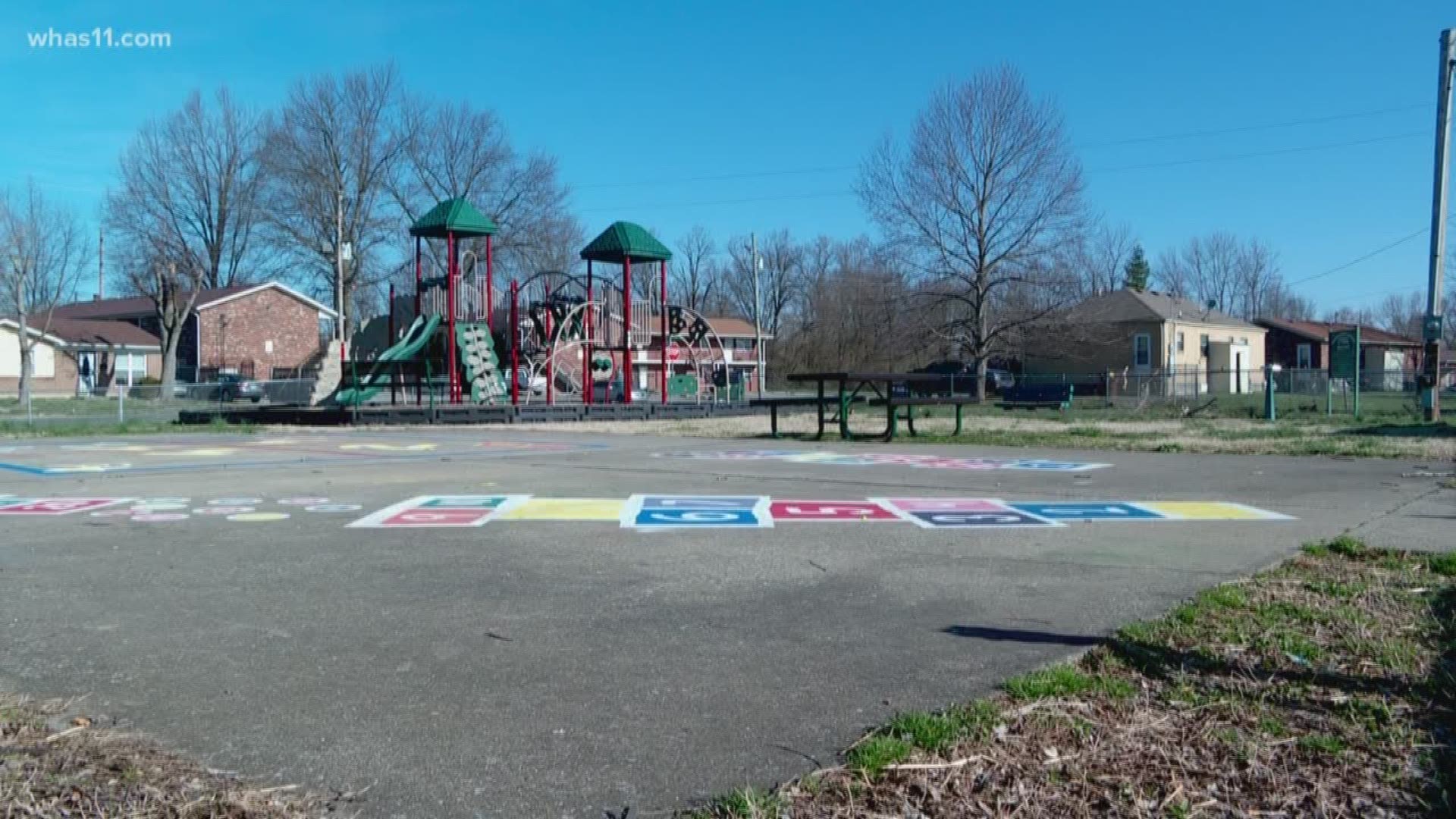 LOUISVILLE (WHAS11) -- Playing at the park may be something a lot of us take for granted, but it was far from reality for a local neighborhood.

That is until a longtime neighbor and longstanding nonprofit took notice.

Anita Hines has lived off of Shanks Lane for about 20 years.  She calls herself a concerned neighbor with a cause.

"They didn't really have anything to play with. They were playing in basket carts, with sticks, or whatever they could find,” Hines said.

Her church put a playground in years ago, but wear and tear over time took it down. Shively Park is the closest one to the area, but it's still a few miles away.

"Every person doesn't have a car to take their kids to a park,” Hines said.

RELATED: Give A Day Impact: The Playground

Early in 2018, some visitors solved the problem.

"They introduced themselves and said they'd be here with the Mayor's Give A Day in April and asked if there's anything they can do in the neighborhood,” Hines said.

"They run up and down and swing on the swings. It's really nice,” Hines said. "I love to see children playing, and I also bring my grandchildren to the park when they're over on the weekends. It just gives them something to do besides wandering around in the street.”

RELATED: Mayor Fischer's Give A Day week of service: How you can help

The playground gives the kids purposeful play and the adults some extra space.

"We take the church out to the neighborhood,” Hines said.

Hines’ church holds Tuesday Bible Study at the playground in the spring and summer. It’s fitting for a project she calls an answered prayer.

"It's quite a blessing,” Hines said.

RELATED: Give A Day Impact: Giving a Priceless Gift

Habitat for Humanity is actually building a house for Hines now. It should be finished by the summer.

Individuals or groups wanting to find a project should visit www.mygiveaday.com, where projects and needs submitted by local non-profit agencies and other groups are listed.

To learn more about Give A Day, click here.