Give A Day Impact: Pedal Power

Moving is never easy. Moving to another country is a whole other level of tough. That's where this nonprofit steps in. 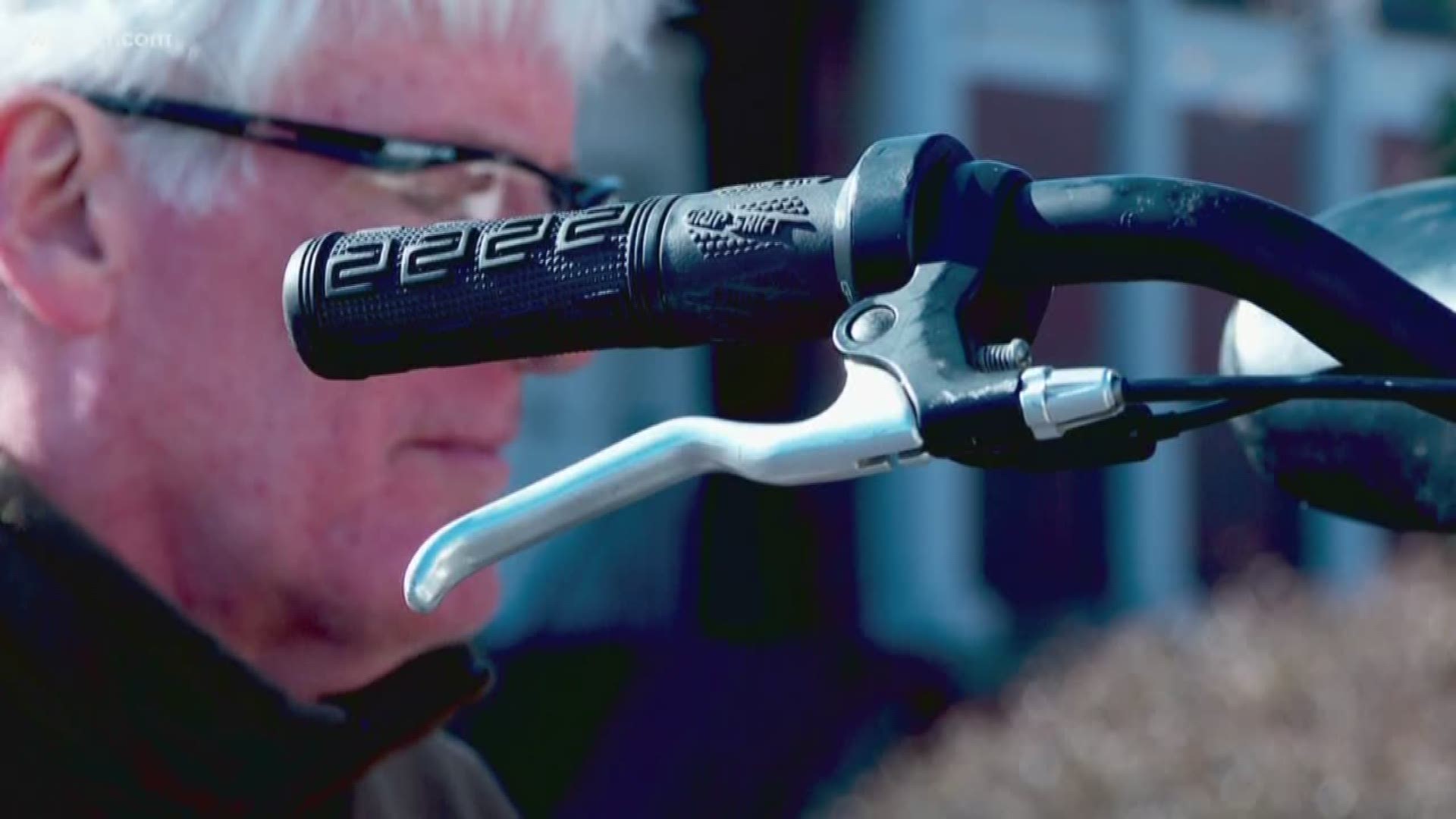 LOUISVILLE (WHAS11) -- It's become one of the flagship events of the Mayor's Give a Day Week of Service. Since Pedal Power joined the project five years ago, it's given away thousands of refurbished bikes to those who need them most.

Moving is never easy. Moving to another country is a whole other level of tough. That's where the Pedal Power nonprofit steps in. They recognized refugees needed a way to get around, and the community rallied around them to make that happen.

A group of about 10 to 15 volunteers meets every Wednesday at a garage in the back of Beargrass Christian Church. It’s a weekly tradition that's equal parts efficient and enjoyable.

"It's a fun party time. We've got the good music on the radio,” group member Bob Callander said. "We never stop, even in the winter time because if the bikes are coming in, we want to fix them up and get them out to people that could use them.

Pedal Power started in 2013 and hoped to give away 50 bikes. That expectation was quickly far exceeded

"Over that six-year period, we've given away about 3800,” Callander said. "The whole community found out. The bikes started coming in, and we haven't stopped since.”

The program gives refugees a warm welcome with something so familiar

"It is a universal thing. Bicycles are everywhere,” Callander said. "Most people around the world know how to ride bikes. They've been riding bikes their whole lives."

Mandela Gapala couldn’t agree more. He and his family moved here from Africa two years ago and got their bikes soon after.

"I was so excited to get the bike because I grew up riding a bicycle, and I wanted something that could help me go to the grocery store and give me some way to go by myself,” Gapala said. "It's like a little piece of home."

Before the bike, Gapala had to take the bus everywhere. He has a car now, but the gift still means so much.

"During my free time, I like to ride the bicycle,” Gapala said.

Kentucky Refugee Ministries works with Pedal Power every Give A Day Week to create more success stories like Gapala’s.

"It's easy to take for granted such a simple item. Bikes seem like just an ordinary donation or item for others, but for newcomers who have only been here for a few weeks or a few months, even just a year or so, these can really make a big impact in their daily lives. Getting a car is kind of at the backburner. It's really difficult. It's hard to save up for a vehicle and get your driver’s license. Most folks are taking the bus for the first few months or first year before they can save up. The bicycles are really helpful in providing clients a different way to live their daily lives,” Kentucky Refugee Ministries Donations Coordinator Melissa Siegel said. "Strangers who you have never met donating these bicycles--there's something about seeing the truck come to KRM chock-full of 80 bicycles really stuffed and packed in there. To know that yours is up there waiting and has been repaired and is in good working order, to know that someone wanted you to have it and be able to enjoy the mobility and the freedom and the fun of a bike, I think that's a really strong emotion and nice feeling."

Every giveaway marks the start of a new beginning that's full circle for the ones providing it.

"It's good to see happy faces and people that are getting something that can be a life-changing event for them,” Callander said. "We really have no budget. We can do good things without spending any money. Whenever you can do that, that's kind of special."

If you'd like to get involved with Pedal Power or donate a bike, just call the church office at 502-896-1161. The annual giveaway is this Saturday, April 13 at Kentucky Refugee Ministries. It'll kick off around 11:30 a.m.

The Mayor's Give A Day Week of Service officially kicks off this Saturday, April 13 and runs through April 20.

Individuals or groups wanting to find a project should visit www.mygiveaday.com, where projects and needs submitted by local non-profit agencies and other groups are listed.

Those impacted by the Mayor's week of service:

Give A Day Impact: Giving a Priceless Gift