"You want your government services, first responders, to look like and reflect your community," said firefighter Tamara Stewart. 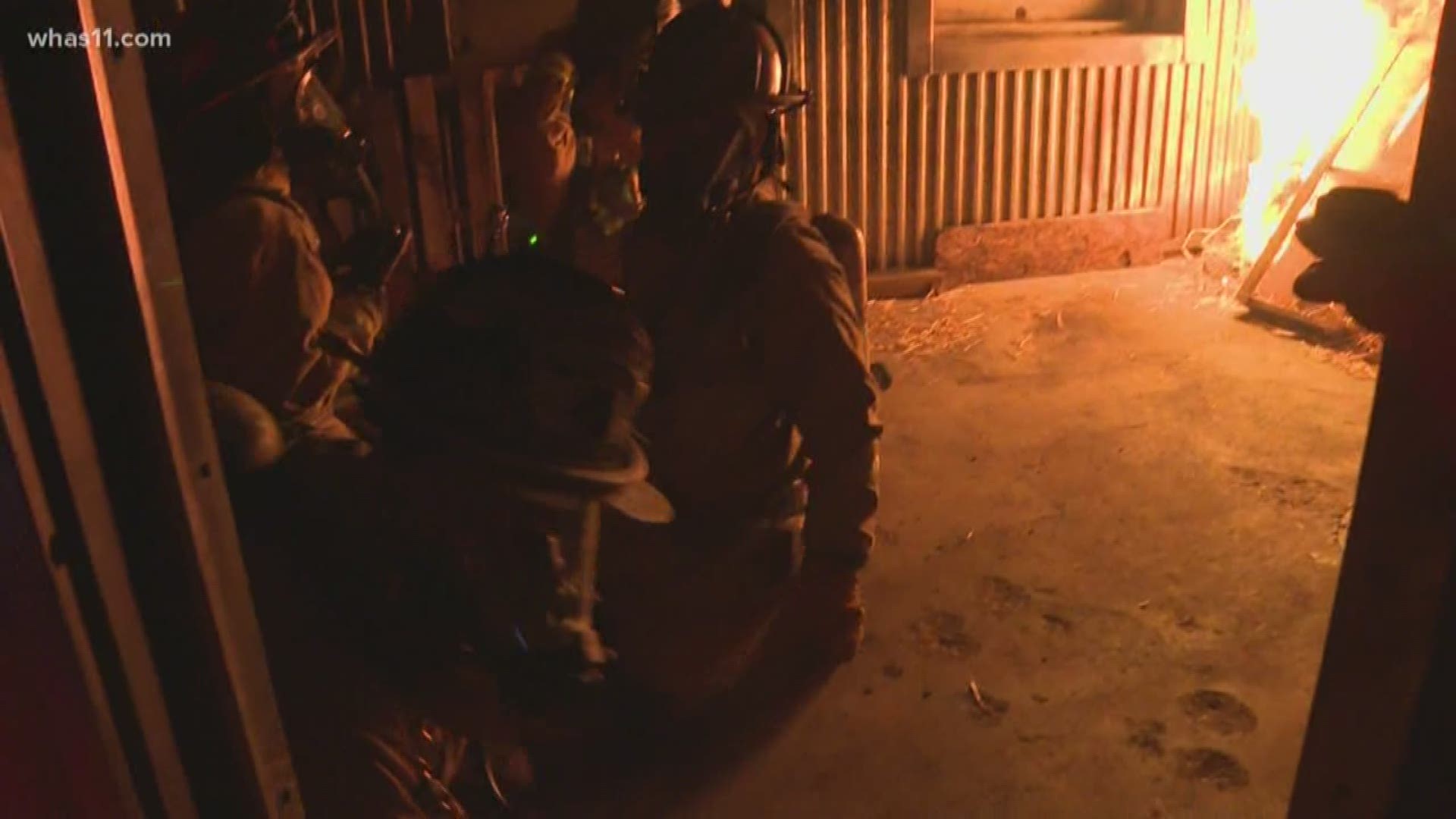 LOUISVILLE, Ky. — In a profession that seems to be the white man's world, the Louisville Fire Department is taking steps to recruit more women and minorities to join their team.

After spending some time in the classroom, it was time for WHAS11's Hayley Minogue to suit up, learn how her gear works, and head out to the structure where a fire would be simulated.

More gear checks, and a climb up three flights of stairs led up to the group entering the building.  The 'recruit reporters' crawled into the room by following a hose line laid through the several rooms of the building.  They then kneeled on the opposite side of the room as the fire in preparation.

Firefighters used hay and pallets to set the fire in the room with the metal roof. The temperature of the fire quickly climbed to 900 degrees. When you stand up in a room like that, the heat feels so much hotter, which is why they all mostly stayed low.

Once the 'recruit reporters' left the building, they took some time to talk to LFD firefighters about the career and application process.

"You're kinda nervous about it because you don't know what's going to be on the other side of that door," said firefighter Brian Nichols.  "I guess your adrenaline takes over and you go in and do your job and make sure everyone comes out safe."

Louisville FD is being very open about their diversity struggles. They hope through the application process, they can teach people that being a firefighter isn't restricted to a man's career.

"You want your government services, first responders, to look like and reflect your community," said firefighter Tamara Stewart.  "Louisville is wonderfully diverse so we'd like our fire department to reflect the same."

The application process is open from now until January 10. The starting salary of a firefighter, which begins when your training begins, is listed on the website as $45,431.36.

For more information about training, the requirements, and an application, you can click HERE.