It was a handmade token of appreciation from the uniform of a fallen LMPD officer. 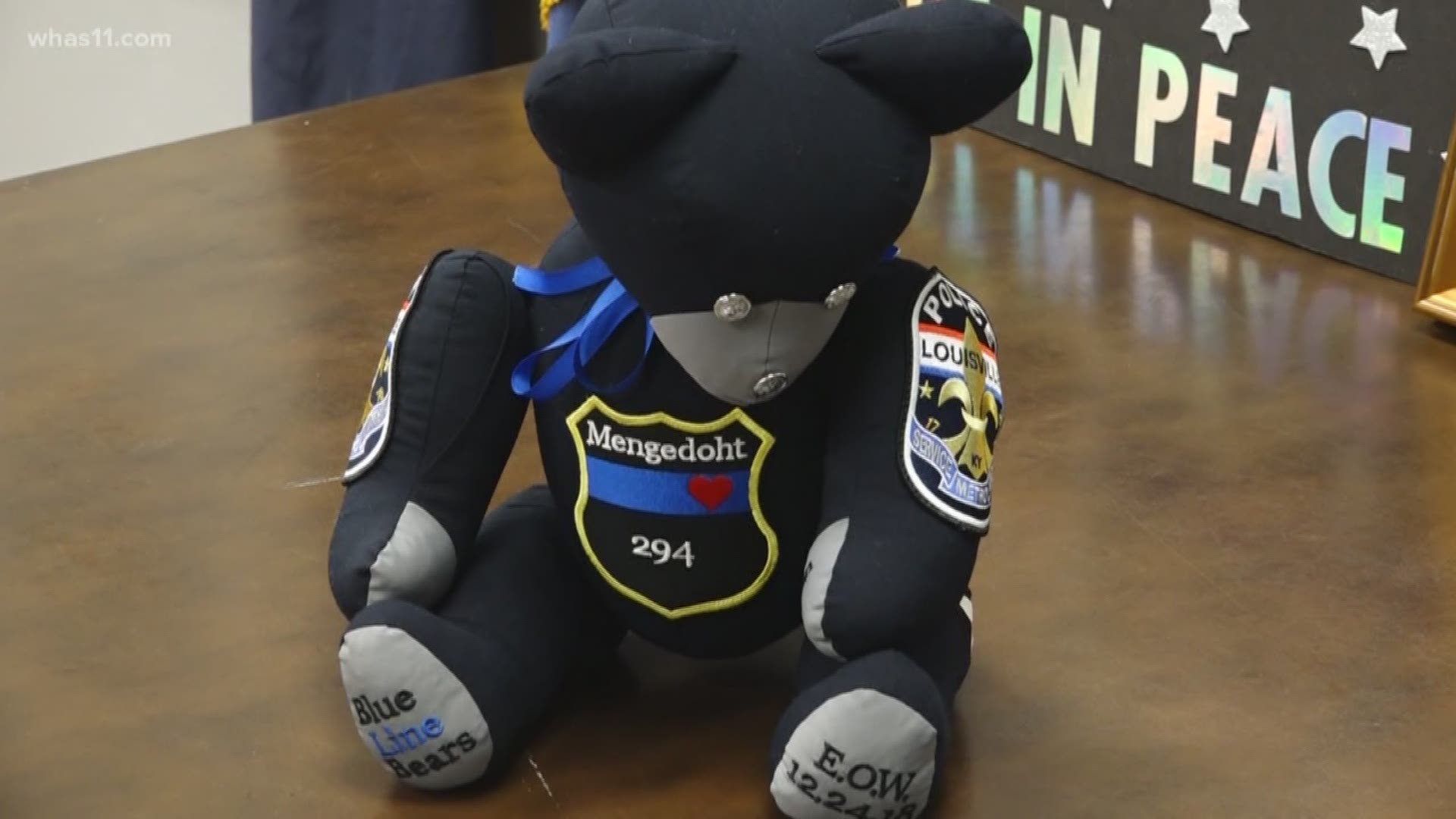 It was a special delivery, under unfortunate circumstances.

"I make these teddy bears out of the uniform shirts of fallen police officers. So, this one is for you," said Megan O'Grady to Preston Mengedoht.

Preston, the 9-year-old son of former LMPD Det. Deidre Mengedoht was gifted a teddy bear made by O'Grady. "The bear has her name and number on the front," O'Grady explained.

Det. Mengedoht was hit and killed Christmas Eve during a traffic stop on I-64. O'Grady reached out to LMPD who provided her with one of Det. Mengedoht's uniforms. She then got to work stitching the bear together - the buttons were taken from the fabric and used for the eyes and nose.

"When I get to personally deliver them, it reminds me what I do and why I do it. I do for the families and for kids like Preston," O'Grady said.

O'Grady is the daughter of a Florida police officer and started the non-profit Blue Line Bears in 2016. So far she's made 515 and plans to continue when she goes to college.

Det. Mengedoht's second division major was appreciative of the gesture. "This group goes out of their way to take time to show officers and their families how important they are to the community and how important that sacrifice is," said Maj. Ryan Bates.

Preston holding on to his mother's memory - a heartwarming gift following an unimaginable loss.

"It has her end of watch date on the foot and it has your name on the hand right there," O'Grady explained to Preston.