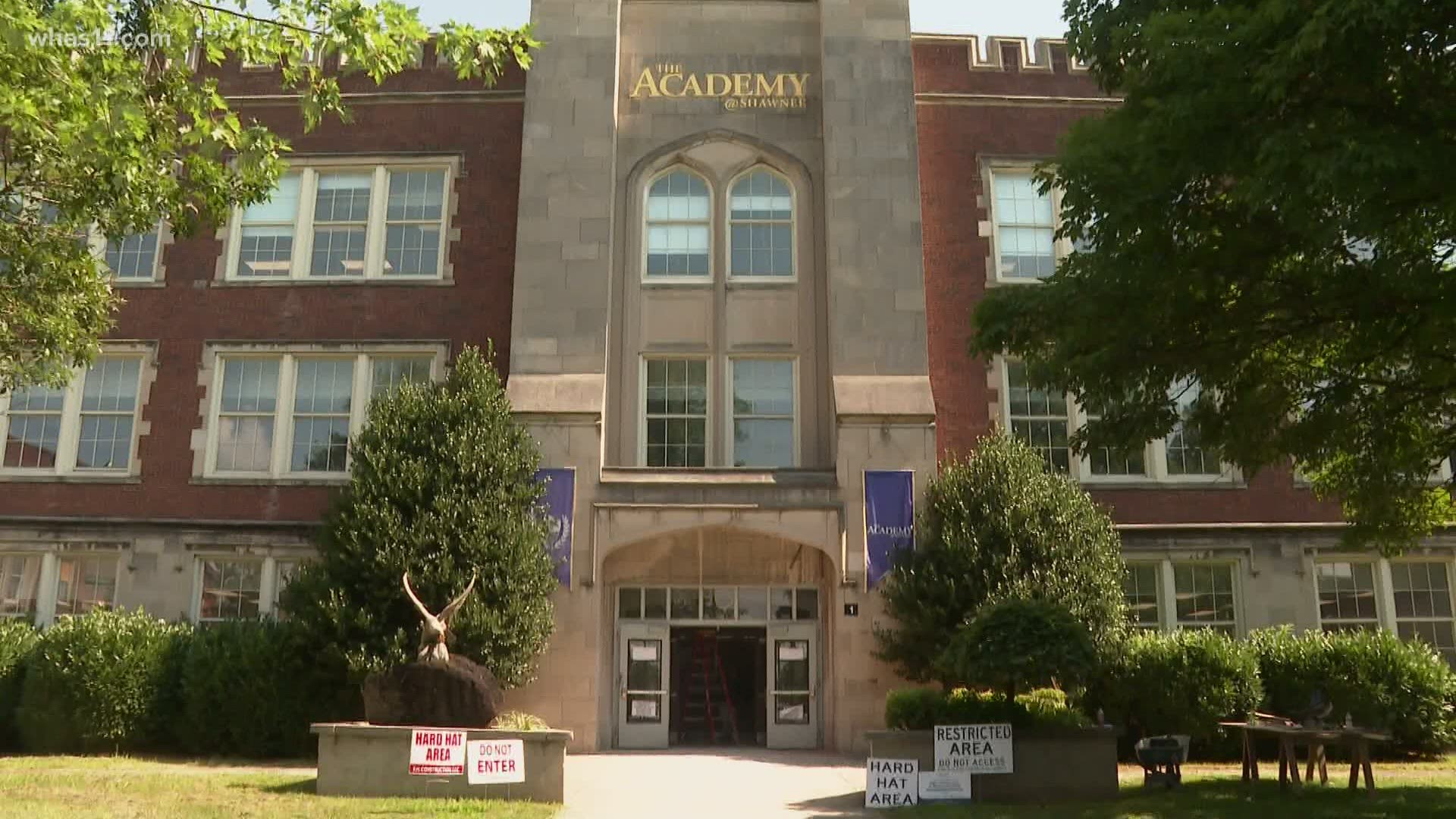 LOUISVILLE, Ky. — After nearly 40 years of emptiness, the third floor of the Academy @ Shawnee is ready to welcome students and staff for the 2021-22 school year.

With dust covering the ground and graffiti on the walls, the floor had been condemned since the early '80s. A $42 million renovation project not only brought it back to life, but made the school more attractive to potential students.

“I would hear, well, people won't choose the Academy @ Shawnee because it's not a good school,” JCPS Superintendent Dr. Marty Pollio said. “Well we have great leaders, we have great kids. We have great educators here, and we needed to have a great facility.”

Luke Lush is one student who chose to go to Shawnee over other schools because of its aviation program, describing the school as a hidden gem —  even before renovations.

“On the outside the school is old, right, there's nothing wrong about that, it shows a lot of history,” Lush said. “But on the inside, we have great new classrooms, a great environment, great teachers and great students.”

“I think with this renovation and our building being available, it will be it will go a long way in making people proud to be a part of the Shawnee community,” Principal Kym Rice said.

Pollio, whose first teaching job with the district was at the then "Shawnee Magnet Career Academy," has frequently discussed how important the school's renovation is.

"In 1981, we had a floor in a high school in west Louisville that was structurally unsound. Instead of making the investment to fix it at that time, the decision was made to condemn the third floor and it has sat that way for 39 years," Pollio said at a 2020 update. "How is that possible? What message does that send to the children of the school and the community?"

Now, renovations to the school are 90% complete. In addition to the third floor, the school's auditorium, cafeteria and locker rooms will be updated and new media centers are being added. Pollio said the project is just one of many, noting the 30 JCPS buildings beyond end of life.

Neighbors can check out the renovations at the Academy @ Shawnee during community tours Aug. 5. People are asked to fill out a form in advance to let tour guides know when they will be arriving. Anyone who wants a tour can find that form here.