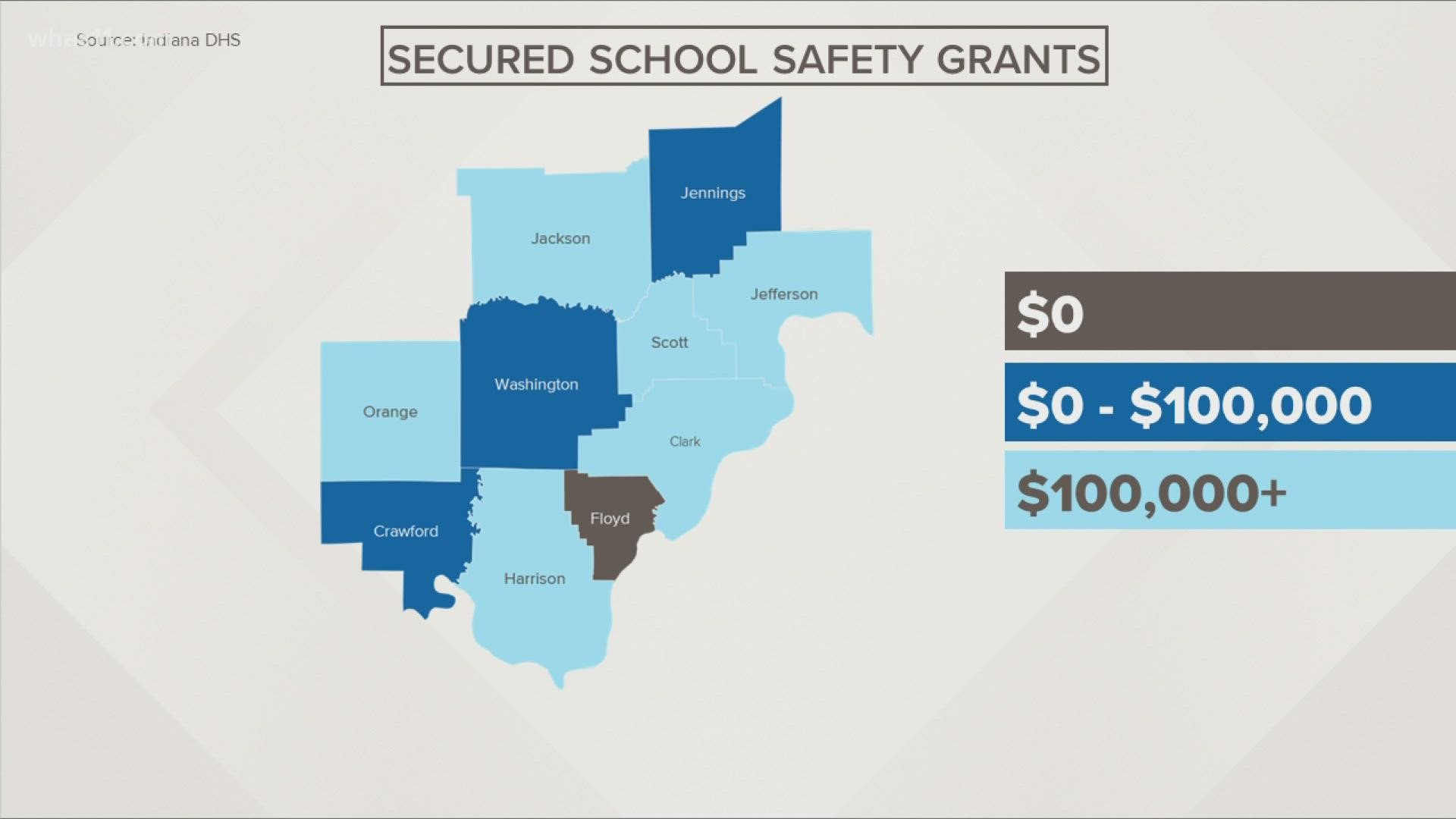 Nine counties in southern Indiana are getting more than $1.2 million total. Of those counties, Clark will receive the most funding, split between four school districts.

"We do have to use some of our own funding to pay for some of those SRO's. It would be nice if that grant was increased by the state legislature," Greater Clark County Schools Superintendent Mark Laughner said.

At least one school district in each southern Indiana county received funds except for Floyd County.

"We have up until the last few years provided all the funding, so we were very happy to partner with the school when this was made available," Chief Russ Whelan, with the Sellersburg Police department said.

School leaders said for the last three years, the cash has paid for much more than safety. Silver Creek School Corporation's 3 SRO's have become part of the family.

“Something that we want to preface and have that extra added layer of security and also to build relationships with the students," SCSC principal Sandy Meyers said.

"When you're dealing with a discipline situation at what point do you get the SRO involved, and contacting the parent," Laughner said.

Schools had to apply to the grant program and match those funds at a certain level, based on school population and the total amount of the request.

To receive the money, schools also had to have a completed threat assessment and an active memorandum of understanding with a community mental health center.

Each school can use the funding differently and plans for how the districts will spend the money may be announced later.

This is the third year in a row the Indiana General Assembly has allocated funds for this purpose.