Not everyone is happy about the JCPS compromise with the state. 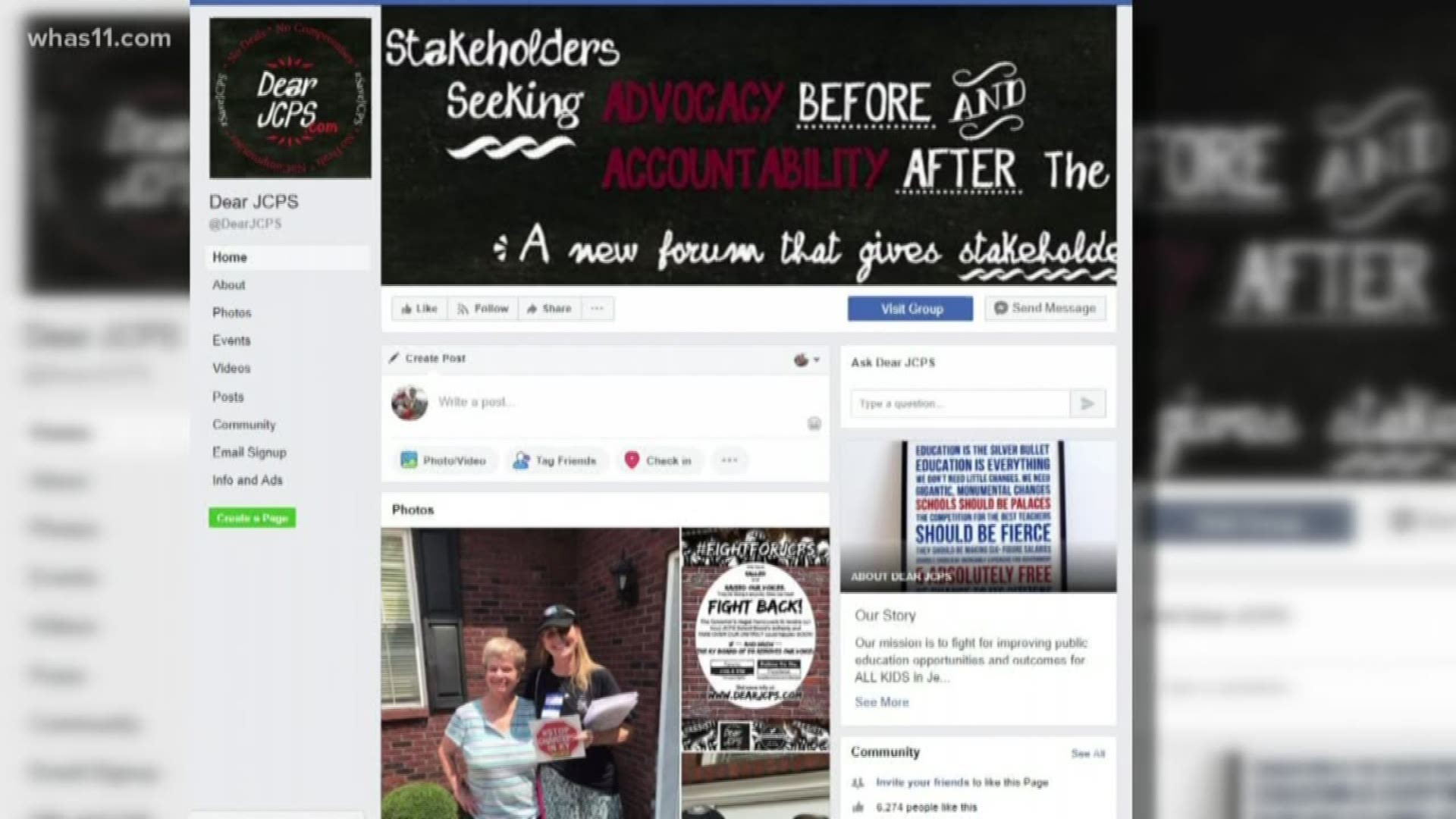 LOUISVILLE, Ky. (WHAS11) - A state takeover has been avoided for Jefferson County Public Schools after the board voted in favor of the compromise -- but it was a split vote of 4 to 3 Monday night. Superintendent Dr. Marty Pollio said not everyone agreed on this one but added JCPS will continue to do great work.

Now, reactions are pouring in from across the district.

The Dear JCPS parent group started in 2015 as an open-letter forum to the district. It's grown to more than 6,000 Facebook followers today. As the group's page shows, it wants no deals or compromises.

"I think it sends a message that we continue to let the bullies in Frankfort call the shots and intimidate us into giving away power that is rightfully ours,” Adelmann said. “It’s not perfect yet, and it never will be perfect. It’s always going to be a work in progress, but we’re moving in the right direction, and we don’t need outsiders at this point, especially outsiders who have shown their hand in wanting to resegregate our schools and eliminate our student assignment plan.”

"When you vote for people in a democracy, I expect to be able to have some input into the process,” White said. “There are marginalized students who stand to lose a lot so somebody else can gain a dollar.”

Dear JCPS said it's worked hard to prepare for a hearing and looked forward to being involved as interveners who would speak in Frankfort. With that no longer an option, there's a lot of frustration left behind.

"I think that they are selling us out. The hearing would have been our only opportunity to get voices heard,” Adelmann said. “There’s conflicts of interest and corruption and you name it all over the place. We’re letting these folks that are disingenuous with their intentions call the shots. If we give any of these controls back to these people who have made their intentions clear, we’ve pretty much given the whole thing away when we were winning. We were winning. We will lose our ability to authentically regain control of our district if Wayne Lewis exercises any of his authority.”

Adelmann thinks this plays into a larger issue of privatizing education across the country. She said Dear JCPS will work to educate parents and the public about what’s happened in other states in similar situations to JCPS and Kentucky. Save Our Schools Kentucky also has a rally planned for October 18. Diane Ravitch, former U.S. Assistant Secretary of Education, will speak at that.

Not everybody is upset by the vote, though. Jerry Stephenson heads up the Kentucky Pastors in Action Coalition, or KPAC. While he's surprised by the board's decision and preferred a takeover, he said he's happy the state will at least be involved from now on.

"I know they need Dr. Lewis' help. They cannot do this without his strong leadership,” Stephenson said. “I do have confidence in Dr. Wayne Lewis and his ability. He thinks he can accomplish what he needs to with Dr. Pollio and Chairwoman Diane Porter. I think those two are very committed to what’s good for the children.”

Stephenson said he's hopeful the students will be the focus now and looks forward to the state and district working together.

"What I want the state board to understand is they're in this ball game now. They've got to deliver just like JCPS,” Stephenson said.