LouCity, Racing FC team up through Blessings in a Backpack packing day

Players from the two soccer club teamed up to assemble 400 bags donated to Engelhard Elementary. 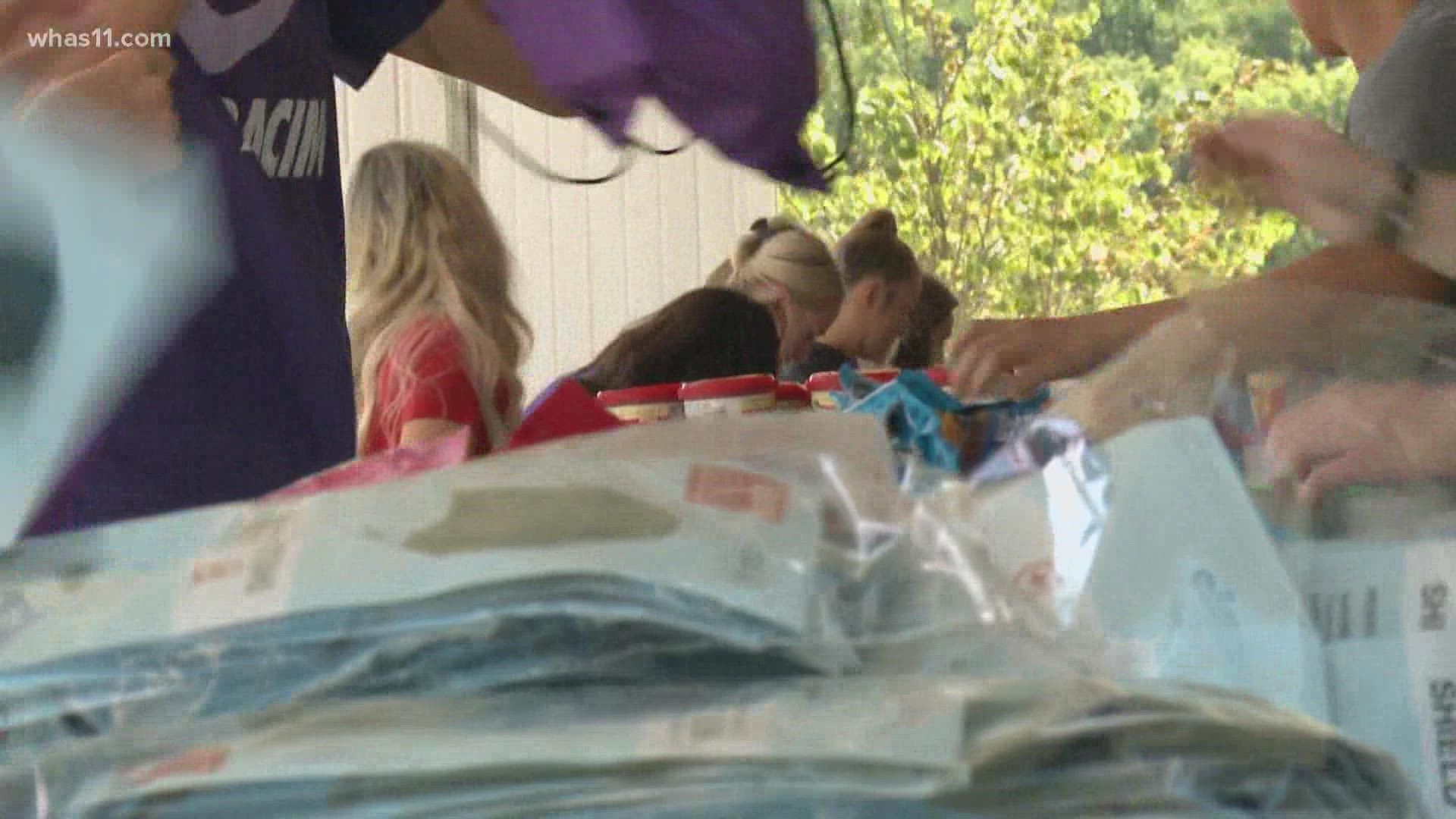 LOUISVILLE, Ky. — LouCity FC and Racing Louisville FC players joined in on a Blessings in a Backpack packing day at that new Lynn Family Sports Vision & Training Center to raise awareness about hunger and food insecurity in the city.

Blessings in a Backpack, a national program originally launched in Louisville, seeks to provide food and combat food insecurity for children across America.

The event, sponsored by Kroger, centered on assembling 400 bags donated to Engelhard Elementary. Recently, players from each team hosted a literacy and soccer camp at the school.

"It’s nice that it’s here so we have more opportunities to do things and give back to our community with our busy schedules," Racing Louisville FC forward and Louisville native Emina Ekic said.

Earlier this year, the Louisville chapter of Blessings in a Backpack saw huge bump from another sports figure: Lamar Jackson. Following the Ravens playoff loss, Buffalo Bills fans stepped up to donate to the charity after Jackson left the game due to concussion protocol.

More than $500,000 were donated to Blessings in Backpack thanks to Bills fans.