All 172 school districts in Kentucky are using non-traditional instruction to learn from home. 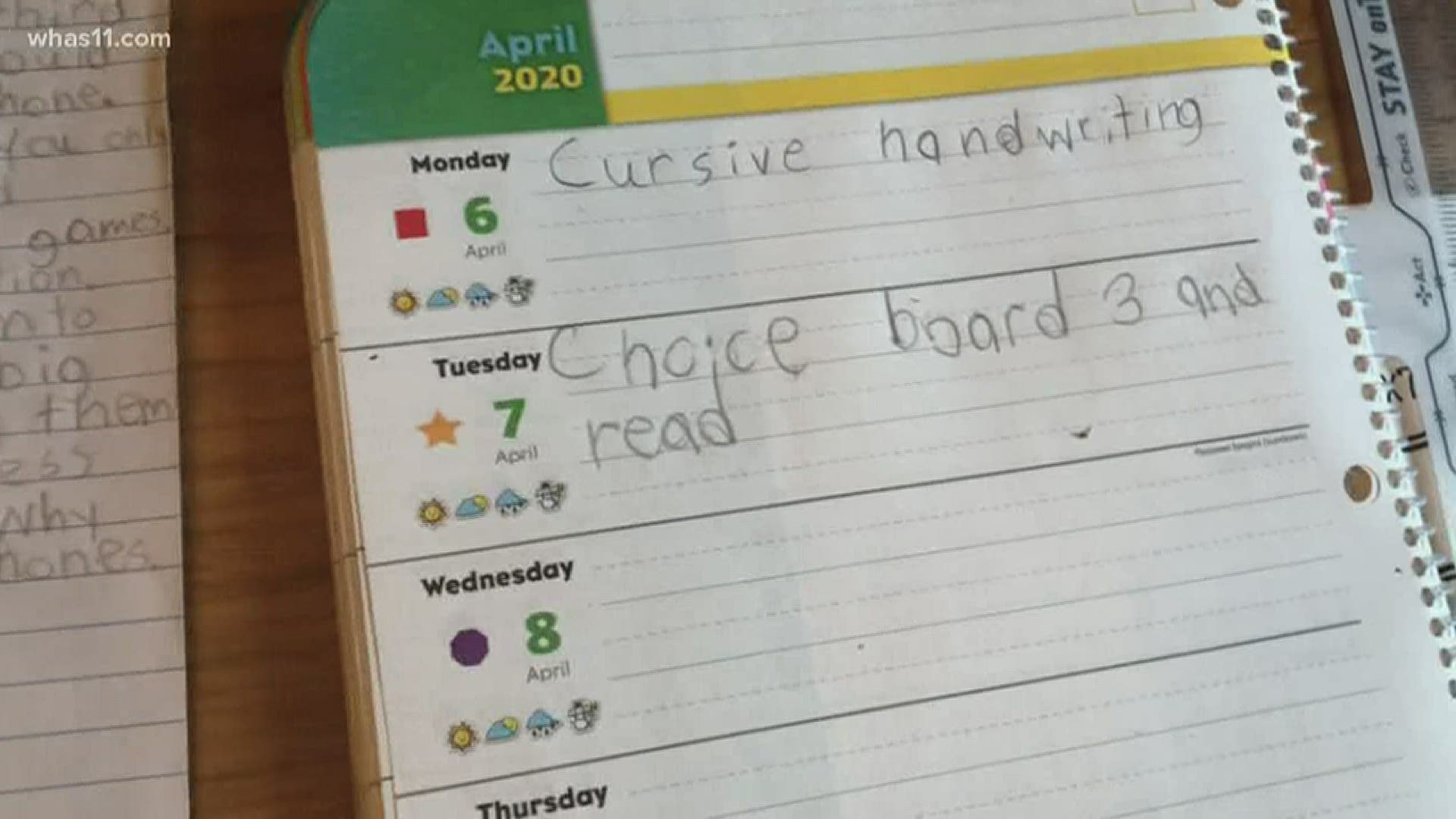 LOUISVILLE, Ky. — Nearly everything about how kids learn has changed over the past two weeks. Instead of waking up and getting on a school bus, Kentucky students are now commuting to their desks or kitchen tables at home.

All 172 school districts in Kentucky are using non-traditional instruction to learn from home.

Thursday the Kentucky Department of Education talked about what remote learning means for schools now, and what impact it will have on the future.

RELATED: JCPS to remain closed until May 1 in accordance with recommendation by Beshear

“I do think this really changes, this is not a one time thing to finish out this school year and next school year,” KDE Associate Commissioner of the Office of Information Technology David Couch said. “I think virtual will most likely be an option going forward.”

Kentucky is in a better spot than most states when it comes to remote learning, according to Couch. Some schools in Kentucky have been approved for NTI for close to 10 years.

“I got off a call with my peers from the other 49 states and I’m really surprised how many just not years, but even a decade or more we were ahead of other states,” Couch said.

Using NTI has been a big change for schools, but more changes could be coming, including planned school schedules and graduation requirements.

The board voted Thursday to waive the May deadline for districts to approve their calendars for the 2020-2021 school year. Instead, calendar decisions will be made this summer.

A change to graduation requirements was also introduced, but not acted on, during Thursday’s meeting.

KDE Associate Commissioner of the Office of Teaching and Learning Amanda Ellis said districts will have flexibility, either choosing to keep the requirement at 22 credit hours for 2020 seniors or get rid of elective requirements and cut the number to 15.

The fifteen requirements are:

Ellis says they talked with a lot of people, including a student advisory board, a task force and superintendents. She says people were split about 50-50 with which choice they prefer.

“Ultimately the comment was, give districts the option so they can locally decide what to do because every district has little bit of a different approach in how they track seniors,” Ellis said.

This was introduced in case the Board has to call a special meeting after receiving a waiver request. While all school districts are adjusting to changing circumstances, JCPS is also preparing for an audit in the fall.

Superintendent Dr. Marty Pollio gave the board an update Thursday on the district’s corrective action plan, saying he is proud of the progress they’ve made.

Pollio says 96 percent of the actions have been identified in the corrective action plan.

“Clearly the coronavirus crisis has caused a challenge as far as moving this work forward, but we are not stopping on it,” Pollio said.