District officials didn't specifically pinpoint a school or mascot that could be up for re-naming, but said the names would be reviewed. 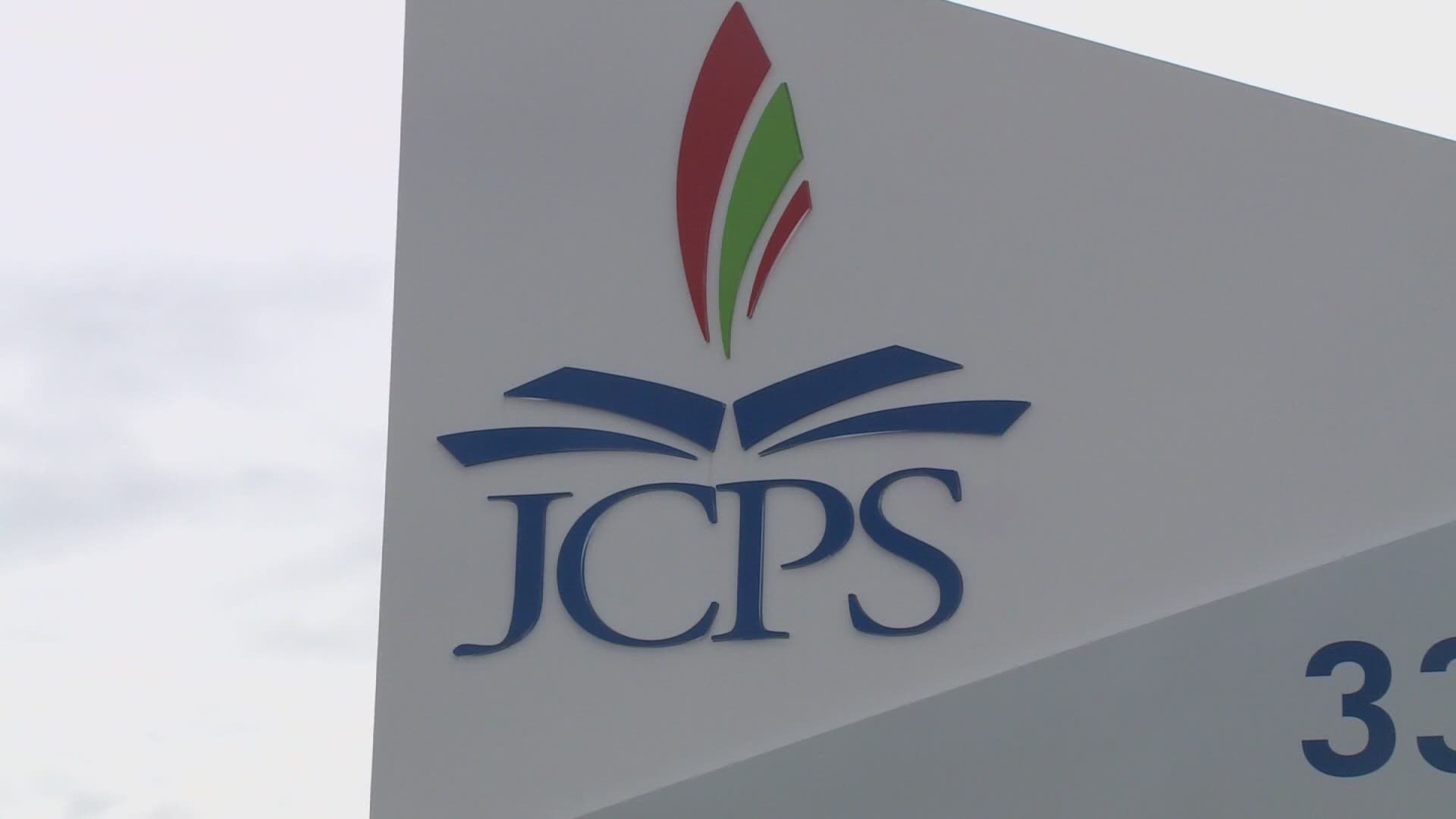 LOUISVILLE, Ky. — Jefferson County Public Schools (JCPS) is planning to review school names and mascots as part of its work on racial equity.

The district will analyze each school name to ensure it doesn't marginalize students of color by filtering school names and mascots through the district's racial equity analysis protocol.

"The sensitivity to that is something that's been long overdue and if we find mascots and other things that are marginalizing or muting students of color voices, then that will be changed," John Marshall, JCPS's Chief Equity Officer said.

RELATED: JCPS students, teachers go back to school from home

JCPS Superintendent Dr. Marty Pollio told the board of education at its meeting Tuesday evening that the district will look at school names first, then mascots.

Board vice-chairman Chris Kolb suggested the district take it a step further, to also review anything "outward-facing" such as program names or images within school buildings.

"The current mascots might be okay, but there might be some imagery associated with past mascots that is still around that we need to take a look at," Kolb said. "So that a student doesn't encounter an image that questions their humanity basically or a name as they go through their educational career."

Credit: WHAS
JCPS Board Member Corrie Shull spoke to WHAS in a Zoom interview on Sept. 2 about proposed changes to JCPS schools and mascots.

District officials didn't specifically pinpoint a school or mascot that could be up for re-naming. But board member Corrie Shull pointed to Thomas Jefferson Middle School. Jefferson owned more than 600 slaves during his adult life.

"There's Thomas Jefferson, there's J. Graham Brown, there's Zachary Taylor, and the list goes on and on," Shull said in an interview Wednesday night. "Those who have led lives that in many ways we're dedicated to ensuring that a certain segment of the population subjugated and oppressed and I think we should rethink honoring those individuals with their names on public school buildings."

Shull said Atherton High School's mascot of the Rebels is an example of a problematic mascot, saying the mascot can be changed.

"It's very simple. It is disrespectful to one's heritage," he said. "There should be no place that a child can go in JCPS and be confronted by the name of a school or the mascot of a school that raises questions of their particular identity."

University of Louisville archivist Tom Owen said several of JCPS's schools are named after figures who have some associations with slavery or racism, which he said may be the criteria JCPS looks at when deciding if a school should be re-named.

RELATED: 'What we need is change.' Kentuckians join 2020 March on Washington

"Were these people active in the confederate military? Were they slaveholders or did they exhibit in some way a blatant racist behavior?" Owen said. "At this time of heightened racial awareness, there's not an institution in American life that's not evaluating its policies, its programs."

Owen said at a time when nearly all Louisville theaters were segregated, Brown had refused to desegregate and wouldn't allow African-Americans into his hotel or theater for a showing. Owen said this led to protests outside his theater in the 1960s.

Stephen Foster, according to Owen, can be associated with racism for the lyrics of "My Old Kentucky Home" which has received scrutiny for being written about a slave.

It's not the first time JCPS has re-evaluated its names and mascots, according to Owen, who said schools have been renamed since the 1900s.

"Names were changed in schools as they relocated, as they merged, as they closed, as they were reassigned to new levels of service. The naming process has always been something that's in significant flux," Owen said. "This is not the first time we've ever wandered this way."

Owen said he hopes JCPS will be "thorough" in its historical research when evaluating school names and mascots.

"Even in the face of our desire to do something immediate," he said. "It is also important,  I think, to be deliberate and careful in the research in the re-naming process."

Credit: WHAS
Zachary Taylor Elementary School is one school within Jefferson County Public Schools that may undergo a name change. UofL Archivist Tom Owen spoke to WHAS and said the re-naming process, if it happens, should be done carefully.

"Conversations concerning 'what does education look like in 2020 when there's a pandemic and there's also social unrest and protests?" Shull said.

In regards to the district's long-term racial equity plans, Shull said it "is a marathon and not a sprint." But he said JCPS is making "extraordinary progress in the name of equity."

"I think that our understanding of racial equity is a long-term process. It's not something that will be accomplished in one fell swoop," he said. "Just as racism and social injustice has been baked into the DNA of our body politic and our society in very palpable ways, it'll take many years to begin to address it, unravel it, and rebuild systems in a more equitable fashion."