On Sunday, JCPS announced that students and staff who are unvaccinated must wear masks while inside their facilities. 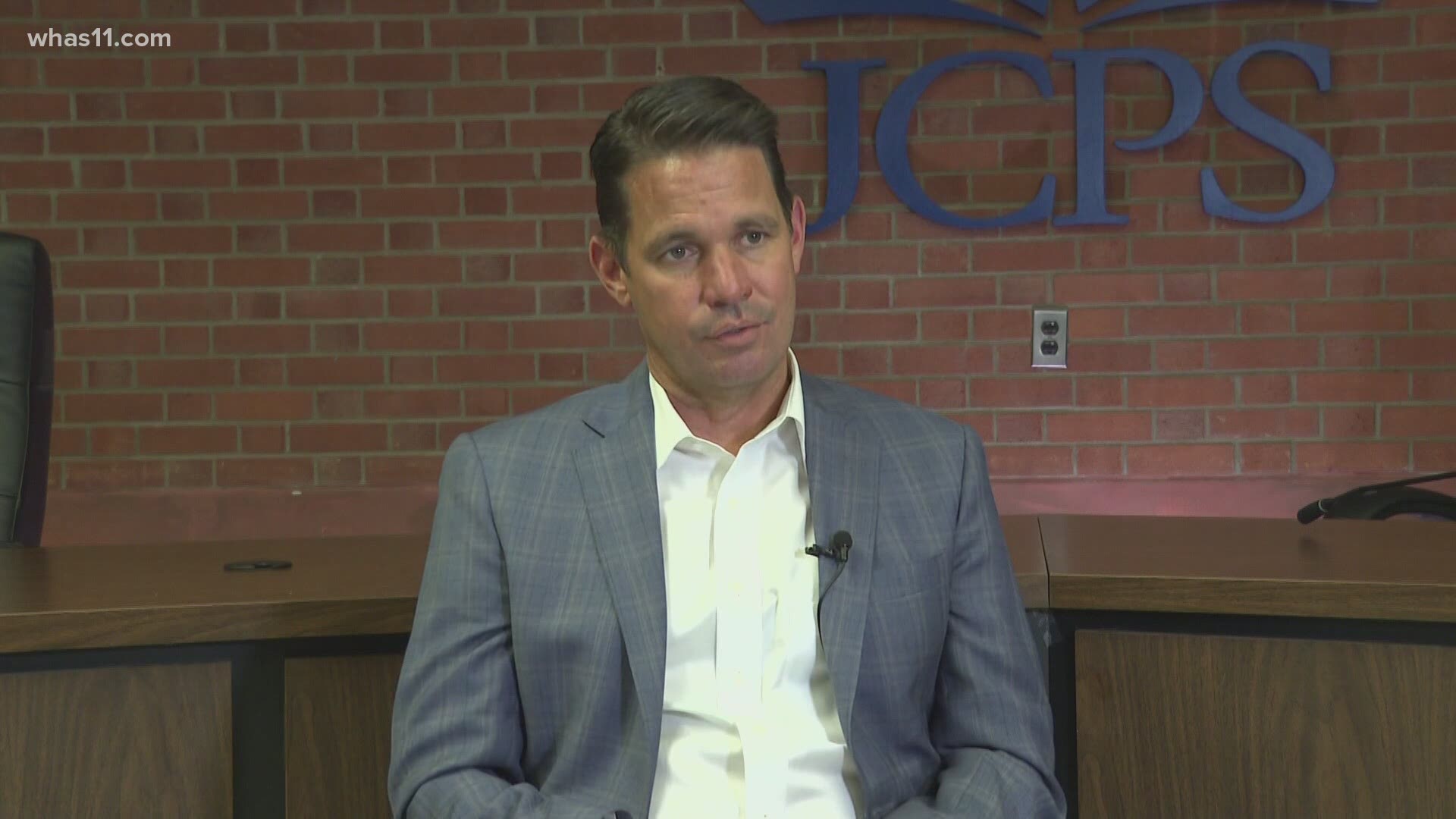 According to an arrest citation, 43-year-old Bradley Linzy went inside VanHoose Educational Center Monday, arguing with JCPS staff about mask mandates, and refused to leave despite being asked multiple times.

A school security officer was called and found Linzy in the rear parking lot inside a gold Jaguar car and admitted he had a gun in between the front seats, according to the report. The officer wrote Linzy started to leave until he saw Pollio leaving the building.

According to the citation, Linzy allegedly jumped out of his car and approached Pollio and followed him to the front of the building, yelling "Your life is f**king over and career as you know it" and "you don't know what I'm capable of doing."

The citation said Linzy admitted to having a gun between his front seat. Linzy was charged with terroristic threatening and disorderly conduct. His arraignment is scheduled for July 26.

This comes weeks after a group of protestors disrupted a JCPS school board meeting over the district's plan to increase racial equity. Someone also vandalized school board member Chris Kolb's former home after the meeting.

In a tweet posted Wednesday, board member James Craig wrote, "I’m angry. Death threats against the Superintendent, vandalism of Chris Kolb’s house, and obviously what happened at the last school board meeting. This city needs to calm down. Someone’s going to get hurt."

On Sunday, JCPS announced that students and staff who are unvaccinated must wear masks while inside their facilities. Officials said the policy came from new guidance presented to school districts nationwide from the Centers for Disease Control and Prevention.

JCPS said the mask update will be in place for the next few weeks until a July 27 board meeting where they will decide safety requirements for unvaccinated students and staff for the start of the 2021-22 school year.

The first day for JCPS is students is Aug. 11.