JCPS turns to logistics of opening schools after board vote

PPE was being stored in boxes at a warehouse until the vote. Friday, trucks began taking those supplies to schools. 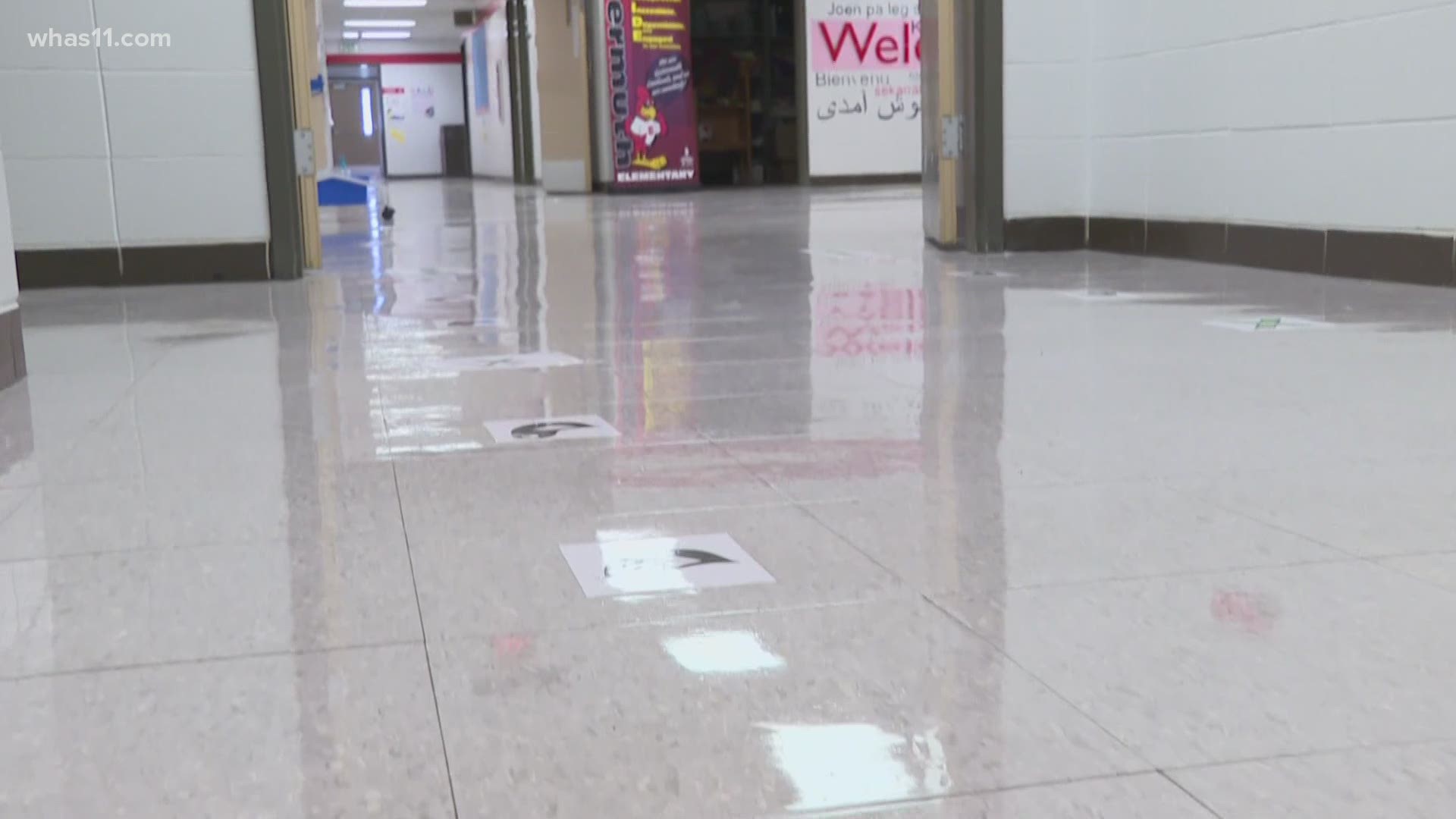 LOUISVILLE, Ky. — JCPS originally made a back to school plan according to Superintendent Dr. Marty Pollio’s recommendation. But Thursday night, that plan changed slightly when the board amended it to include a hybrid schedule for elementary students. They will go to school two days a week and learn virtually the other three.

It’s a decision that didn’t sit well with some parents.

“There’s no way I see this working,” JCPS parent Steve Ullum said.  “This is a train wreck waiting to happen.”

Ullum is part of the “Let Them Learn” in JCPS group, that has been advocating for opening schools for months.

Ullum wants his fourth-grade daughter back in the classroom, but doesn’t believe a hybrid schedule is going to work for the youngest learners.

“When you have children six to ten years old, routine is something that’s very important,” Ullum said.

While it wasn’t what Pollio recommended, another district not too far away has experience with this elementary hybrid model.

Hardin County Schools at every level have been on a hybrid schedule since school began in August. Superintendent Terrie Morgan believes the schools would have the greatest success with five days in person, but having all students in person for a few days a week is better than nothing.

“We think it’s really important to see those students and to have some accountability,” Morgan said.

After the decision had been made, JCPS officials started meeting Friday morning to work out the logistics of the return.

The district collected data for reopening numbers, asking each family if they would be sending their children back to school.

Under the original plan, there would be an average of 20 elementary students on a bus, but under the amendment, that number will be cut in half.

It’s a good thing for students and parents; there will be fewer kids on a bus. But it’s another logistical challenge for the district.

“Right now, what we’re doing is looking at specific bus runs that have single digit numbers of students on them to consolidate some of those, either on the tail end or front end of a different route,” JCPS COO Chris Perkins said.

It could also mean having drivers with shorter routes running their route to school twice each morning. That way, even fewer kids are on each bus.

Buses will be cleaned every time there is a change of students, and at the end of the day as well.

Another preparation is getting the proper PPE to each school, which started going out on trucks Friday morning.

By next week, all elementary schools should have their supplies.

“Right now, we have enough and if we are in need, we’ll just place another order and go from there,” Executive Administrator of Maintenance Donald Robinson said.

The district is confident it will be a safe return to school.

“The main thing we want to tell our families is that our school will be ready, we’ve been preparing,” JCPS Chief Communications Officer Renee Murphy said.