The new school will be located at 18th and Broadway and its estimated cost is nearly $19.7 million with expected completion in 2023. 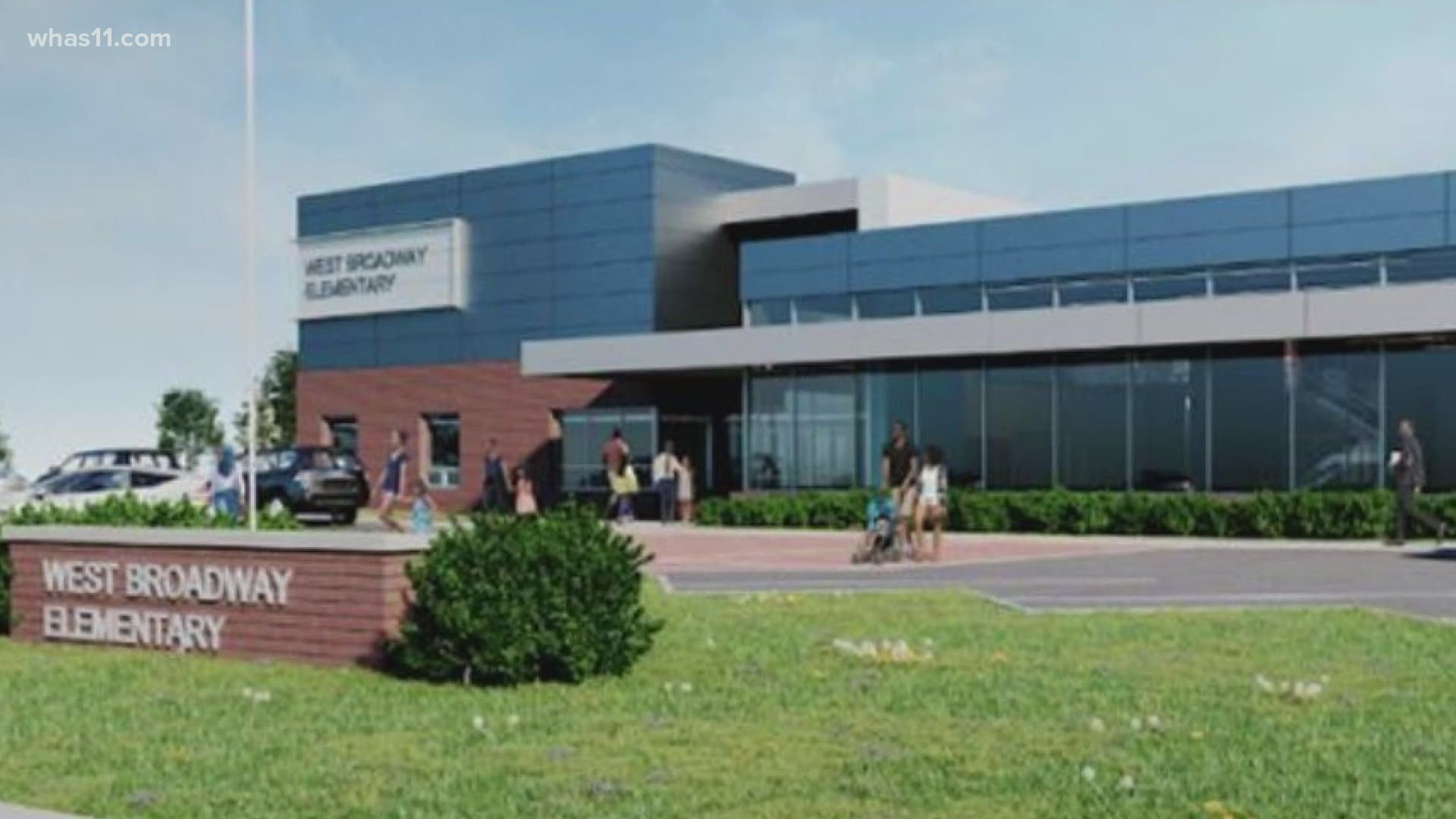 LOUISVILLE, Ky. — The Jefferson County Public School Board has voted to purchase land in west Louisville for a brand-new elementary school.

The state-of-the art facility will be connected to the YMCA facility at 18th and Broadway and is part of the district’s facilities plan to bring innovative spaces to JCPS.

In 2019, the JCPS Board first approved four new schools to be built – three elementary schools, one middle school and renovations at the Academy at Shawnee.

“This is just the beginning. We want to give every child the great learning opportunities they deserve, through excellent instruction and support to meet all of their learning and personal needs, in the highest quality school facilities,” said JCPS Superintendent Dr. Marty Pollio. “The district must replicate investments like these dozens of times over the next decade, as a foundational element of the JCPS renaissance to change outcomes for our students.”

"I think it's great," Anthony Goodloe, a former West Louisville resident and graduate of Roosevelt-Perry Elementary School, said. "I think they need to invest in the inner city. I think it's wonderful actually."

"We've had some community conversation about the school, but I think it's really important that the community share with us some of the things they're looking for," JCPS board chair Diane Porter said.

The new school will cost nearly $19.7 million and is expected to be complete in 2023.

"It's an incredible opportunity for students of West Louisville to have a brand new school building and also access all the services that go with it at the Y," Pollio said at Tuesday's board meeting. "I can't wait to open this school. I think this is going to be a model school across the country."

Students who attend both Roosevelt-Perry and Wheatley Elementary School will attended the new facility after its completion. Both schools are considered to be ranked in the fourth quartile, which means the facilities are considered to be at the end of their life and need constant repairs.

“Construction of this modern, 21st-century elementary school in West Louisville is part of a long-term plan to replace end-of-life buildings in all parts of Jefferson County with modern, state-of-the art learning centers,” Porter said. “This will not wait.”

Officials said 32 JCPS facilities are considered to have “end-of-life” systems.