For the first time, Mercy Academy has opened its doors to show how they plan to keep those numbers down while having in-person classes. 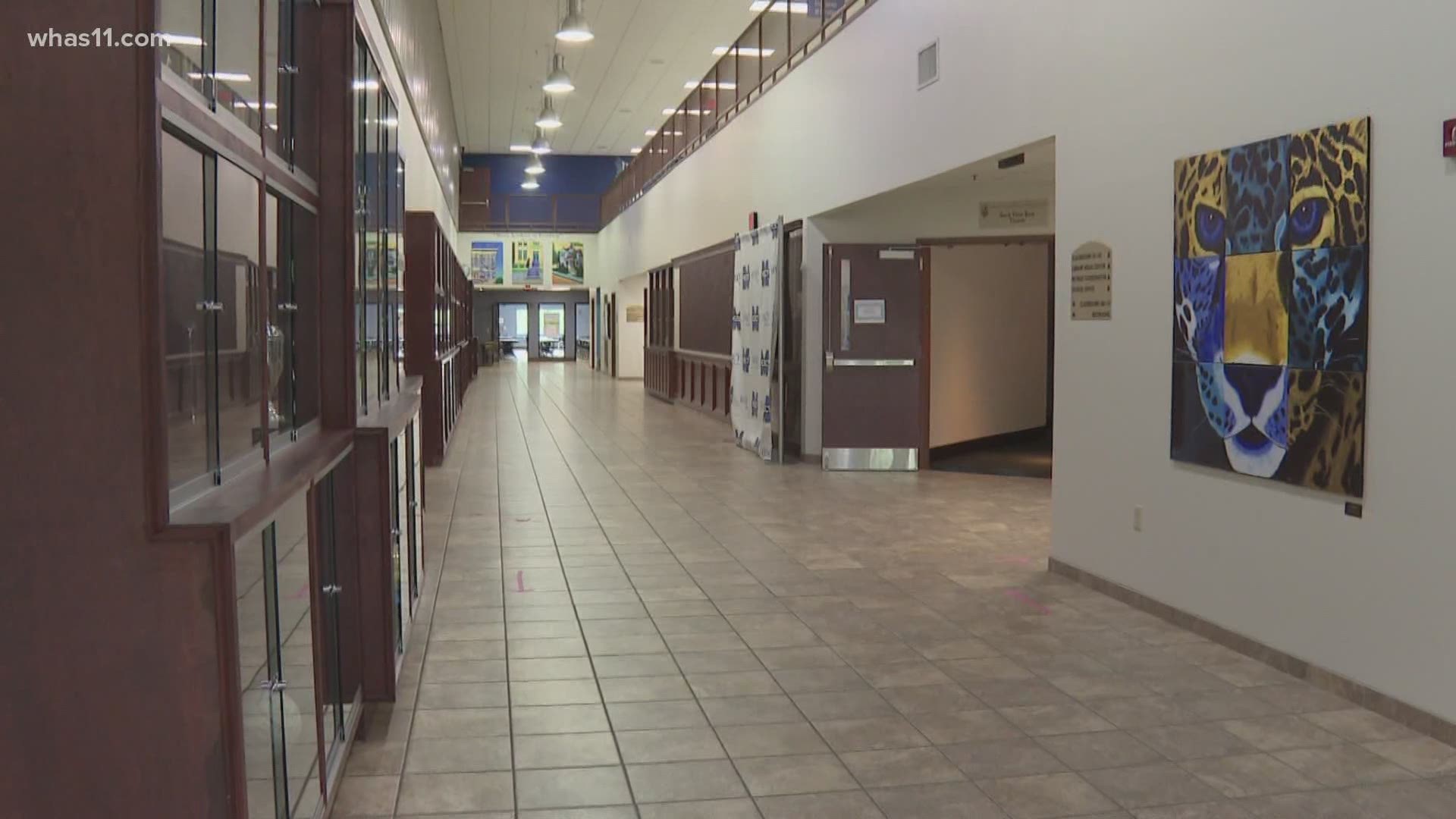 LOUISVILLE, Ky. — As schools reopen, how are they doing it as safely as possible?

For the first time, one local Catholic school opened its doors to show how it’s navigating the pandemic.

It’s been a week and a half since 16-year-old Valentina Rocha has been back at Mercy Academy in Louisville.

“I prefer this way as opposed to being at home," said Rocha. She said she looks at it as a privilege.

But it’s a whole new experience.

“So what’s it like coming back to school during this pandemic?” asked FOCUS investigative reporter, Paula Vasan.

“I used to, you know, walk with my friends to classes," said Rocha. "I can’t do that anymore. I have to keep my distance at all times."

Rocha, like her 500 other classmates, are in-person every other week. The goal is to allow for more social distancing.

“So they split us up by last name so A through L will go to school one week and the half that’s not in school goes through Zoom and we see each other," Rocha said.

Each classroom will soon get a small robot, which allows teachers to record themselves while walking around the classroom.

PANDEMIC PROTOCOLS: Schools are reopening, despite Kentucky @GovAndyBeshear's recommendation to wait until at least the end of the month. We go inside one of those schools to show you their protocols, and bring you their latest COVID-19 numbers. Tune in TOMORROW on @WHAS11. pic.twitter.com/HayOdwV7ZP

“This [the robot] will actually rotate as the teacher moves," said Mercy Academy's Director of Technology, Mark Murray.

He said it will make online learning more interactive for students.

“It makes them feel like they’re really in the classroom," Murray said.

But when Rocha’s at school, gone are the days of chatting in the hallways and fun group photos with friends.

“And it’s not easy, not for anybody," Rocha said.

“They’re controlling who we sit by just in case anybody gets sick," she said.

Most Catholic schools in the state have allowed students back inside. For some of them, online instruction remains an option, according to school officials.

“It’s a decision being made by the virus," Beshear said during his daily coronavirus briefing on August 10.

He’s recommended schools wait to reopen until at least the end of September.

“It’s not going to be easy," Beshear said.

“I take it extraordinarily seriously to make sure that we prevent the spread of COVID but also recognizing our students have to be educated," said Peace.

She said she’s figured out how to keep classes small and safe.

“I think it really has to be a judgement call for the individual school and what resources that they have available, the facility that they have, the size of their school," Peace said in response to possible criticisms of opening too soon.

She said since Mercy Academy's orientation on Aug. 17, there have been four student cases. One teacher has also tested positive.

Students within the 48 Catholic schools under the Archdiocese of Louisville, active COVID-19 cases represent more than 17 percent of student cases statewide, according to data as of September 8 from the state's health department.

Still, the number of students within the Archdiocese of Louisville who are positive, 58, is a fraction of a percent of its student body.

For the first time, Mercy Academy has opened its doors to show FOCUS investigator Paula Vasan how they plan to keep those numbers down.

Temperatures are checked each morning.

“We will take temperatures twice. If the second one is still elevated, you’re going to get a call home," said Becky Montague, Mercy Academy's president.

Stickers on the wall and arrows on the floor are reminders to keep distant. Lunchtime now involves QR codes allowing only two people per table.

“It creates an electronic record should the health department need us to provide contact information of a student tests positive for COVID," said Montague.

“Oh my gosh, I feel safer here than going to Kroger," Holloway said.

Holloway said when it comes to following the rules, there’s an element of social pressure.

“No one wants to be the one to put everyone at risk. So everybody is holding each other accountable," Holloway said.

Rocha said she knows if she or her peers test positive, the privilege of coming to school in-person could be taken away.

“I would rather follow those protocols and be safe and be at school," she said.

It’s a trade-off students and teachers said is well worth it. But they’re taking it day by day. Mercy Academy’s principal said they’re keeping a close eye on attendance records.

If more people than usual call out sick, they’ll consider switching to remote learning entirely for at least two weeks.