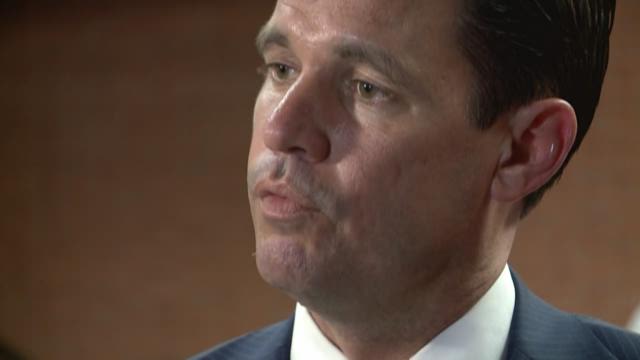 LOUISVILLE, Ky. (WHAS11) -- Dr. Marty Pollio has been thought of as a star within JCPS for much of the last decade, but his hiring still caught some in the education community off guard.

Pollio has a track record of turning around struggling schools such as Waggener, Jeffersontown, and Doss. Many people say he is already winning them over before he spends a day as superintendent.

"I'm both humbled and honored to accept the position of acting superintendent of Jefferson County Public Schools,” said Pollio.

After 20 years of working within JCPS, Doss High School principal Marty Pollio was named interim superintendent of Kentucky's largest school district after winning over the board with his vision.

"Improving the ability for teachers to teach, and students to learn, will be number one on my priority list,” said Pollio.

While the move was shocking to some since Pollio has no prior experience as a superintendent, his hiring has been met with nearly universal praise in the education community.

"People who can't agree on the day of the week agree, seem to have a consensus that he is honorable, smart, and committed educator,” said Terry Brooks of Kentucky Youth Advocates.

"He's been able to turn things around at schools that are some of our most challenging schools,” said Gay Adelmann of Dear JCPS. “We are a challenging district right now, and being able to apply that at the district level is exactly what we need."

"He will have the capacity to bring together what is a divided community around our schools, and begin to unify and unite folks around common grounds so that we can move ahead,” said Brooks.

While district transparency has been questioned in the past, Dr. Pollio got right to work on bridging that gap in his first unofficial move after being named an interim superintendent.

"He has invited us for a meeting,” said Adelmann. “That's a refreshing change and a breath of fresh air."

The only question that remains is if Pollio will be the long-term man for the job.

"I actually think that Dr. Pollio brings a whole lot of potential to the table,” said Brooks. “I think more than anything his focus is on schools and kids, not central office politics."

Jury says his friend will be able to accomplish that goal while offering these words of advice and encouragement.

"Just be true to yourself, and be true to your values,” said Jury. “He will be. I'm convinced he will be. Those are the things I would encourage him to do. Do those things he already knows are right to do."

Pollio's contract will pay him on a per day basis for the time that he serves as interim superintendent.

Should the long term job be awarded to someone else, Pollio will return to his current role as principal at Doss.