They say their kids need classroom environments and are staging protests to try to get that accommodated. 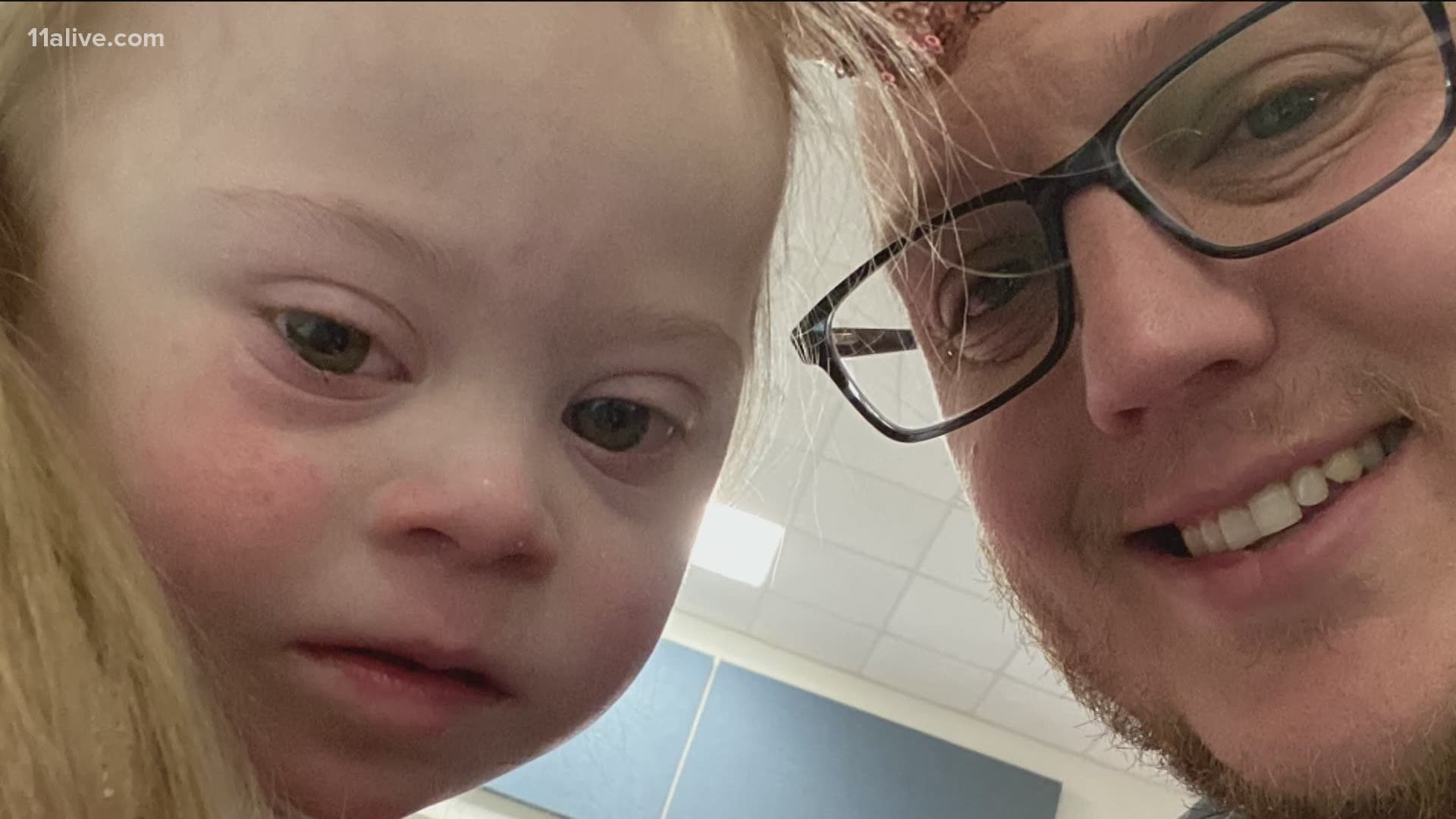 ATLANTA — Henry County parents of students with special needs say the county's plan to do virtual learning for everyone will significantly fail their children, and they're asking for an alternative plan to accommodate some classroom learning.

A group of parents, as well as some students, staged a small protest this week at the administrative offices of the Henry County Board of Education, saying county educational leaders have not been receptive to their specific concerns.

One mother, Kayla Otis, told 11Alive's Aden Brown that for her son, "virtual learning was just nothing but a complete disaster."

RELATED: Here are school districts' plans for back to school in the fall

"We have dealt with regression on a large scale with him," she said. "My son's life is very compartmentalized - a lot of special needs kids are like that. School is school and home is home and mommy is not the teacher."

"For many of them it just doesn't work," she added.

Otis said trying to get the attention of administrators was a frustrating process - calling and emailing school board members, who told her to talk to the individual school, who in turn told her they were waiting on guidance from the county.

Henry is among the many Atlanta area districts that have announced plans to go to an all-virtual learning format with the spread of COVID-19 still on the rise in Georgia.

Students with special needs are in a particularly difficult situation under these circumstances, as the structure and socialization that in-person learning brings is critical for their development - and especially difficult to duplicate under remote learning programs.

"She just started socializing with everybody...  since March she's just been out of control at home and I need to get her back with her teacher and her peers," said Melanie Jennings, whose granddaughter is an elementary school student with special needs. "I just want Henry County to get our kids back in school."

Brittany Langford said the parents of students with special needs felt like their children were "being neglected."

"They don't do virtual. It's not something where you can put a child in front of a TV screen," she said. "They need hands-on. They need somebody face-to-face, they need that type of physical interaction with a one-on-one representative that only the school systems are able to provide."

What they're asking for, and will continue to protest for, Otis said, is a "fair fighting chance with something that works for them in the least restrictive environment - which for them is in the classroom."

Bottoms says she had 'very good conversation' with Kemp, hopeful they can 'agree to disagree'