HB 563 passed on a vote of 48 to 47, so it is unclear whether the legislature can muster the 51 override votes needed. 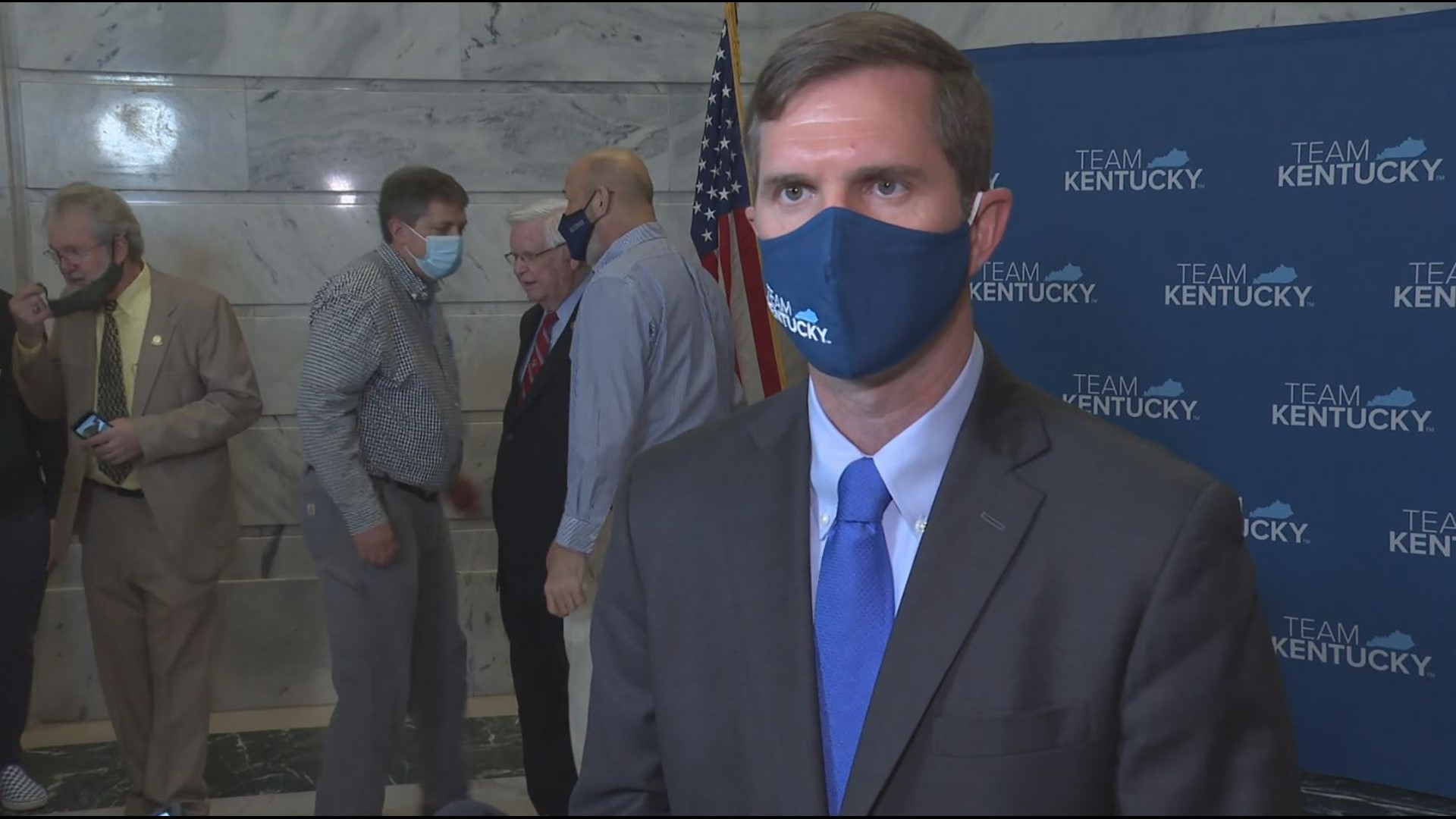 While supports said House Bill 563 would give families the opportunity to switch out of school districts they felt failed their students, critics said the bill added tax credits that would pay for students to attend private schools.

Beshear echoed concerns, saying HB 563 would take money away from public education and send it to "unaccountable private organizations" with little oversight.

"[The] solution is not taking away more than $25 million from public education in what will be the most significant attack on it, and which will signal the end of public education as we know it," Beshear said.

The Kentucky Educators Association, school superintendents and administrators, JCTA and 120 United all spoke in support of vetoing the bill.

"Our students and our parents should know that the educator working with them is highly-trained and certified," KEA President and educator Eddie Campbell said. "This bill also gives away $25 million to wealthy and corporate donors and tax credits at the expense of all public services, including our public schools.”

HB 563 passed on a vote of 48 to 47, with Democrat Rep. Al Gentry (D-46) the only member of his party joining the majority. A third of House Republicans opposed the plan, so it is unclear whether the legislature can muster the 51 override votes needed.

Beshear also announced he would veto House Bill 258, which would change the retirement plans of future teacher hires. The governor said the bill would harm the state's ability to attract and retain teachers.

"The lack of support for our educators is leading to fewer and fewer college students choosing teaching. This is not okay," Beshear said. "If the ongoing COVID-19 public health emergency has taught us anything, it is the vital role our educators play in the lives of our children and in our economy.”

Beshear did sign five education bills that he said protect Kentucky students’ health and secure more pathways for them to pursue their goals:

Senate Bill 101 will ensure a funding stream for districts that want flexibility when controlling their career and technical education centers. Beshear said he would line item veto a portion of the executive branch budget to make this bill a reality.

Other bills signed include one on having a rescue inhaler on site for students, a supplemental school year options to let students access federal funds to remedy learning loss and one ensuring state funding for higher education is distributed to campuses on a more sustainable basis.