After years of dreaming of being a yellow jacket, Caleb Anderson started his first day on campus. 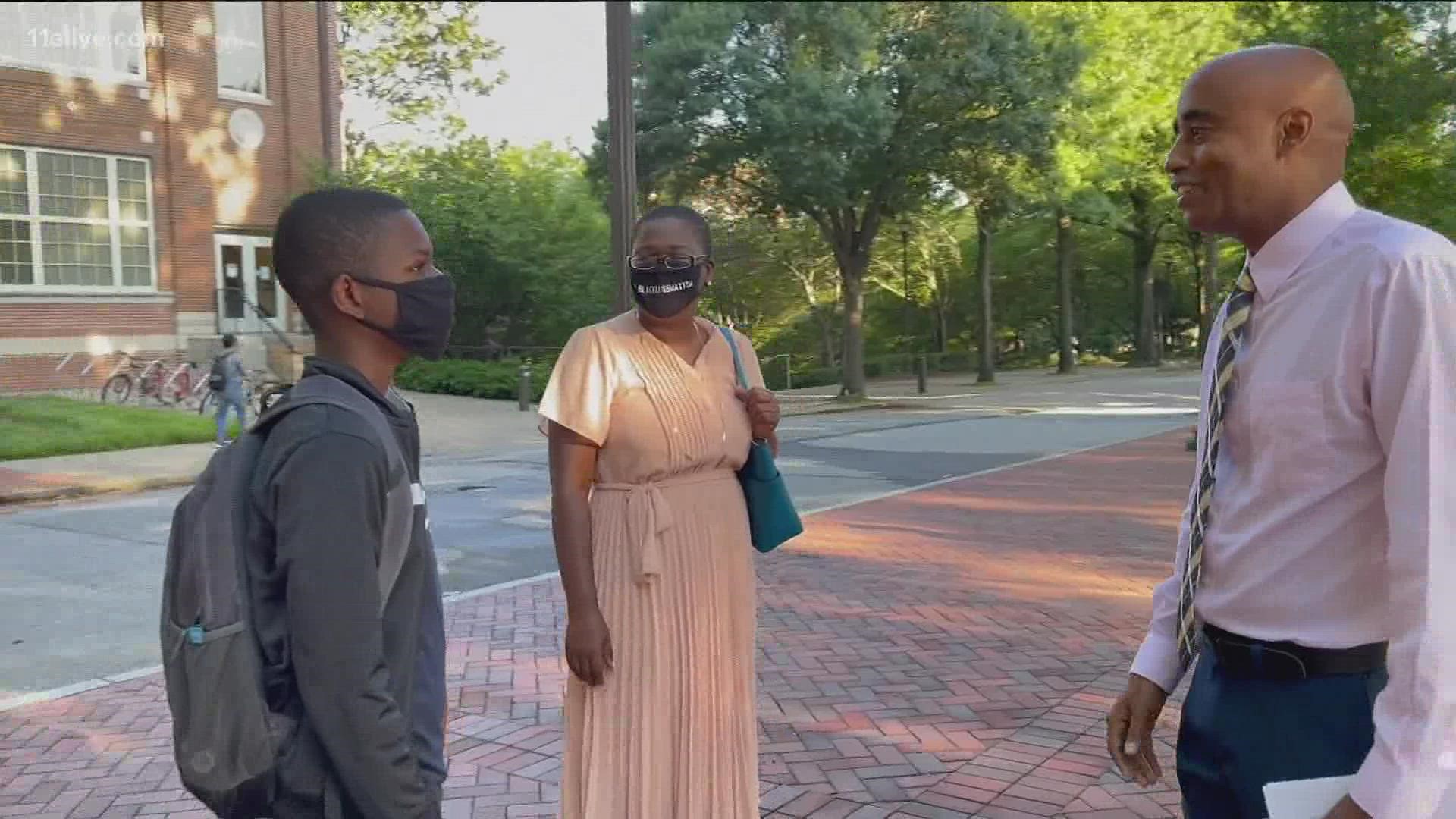 ATLANTA — At 13 years old, most kids are in the 7th grade studying civics, reading, and writing; but Caleb Anderson is navigating one of the top universities in the country.

“The classes try to be intimidating, but they’re really not. They’re just really average classes almost with just a lot more people and more technology," Caleb explained about his first day as a Yellow Jacket.

The Marietta local was the youngest Black boy to be accepted in Mensa, the 'High IQ Society' at just 3-years-old. Ten years later, Caleb is now at Georgia Tech, a school he's been dreaming of going to his entire life.

“It’s definitely exciting. I’m nervous; I don’t want to screw up," he said.

Caleb's parents said while their son is only 13-years-old, this milestone has been a long time coming.

“Seeing him in his domain after all these years is exciting and fulfilling. Definitely a moment of nervousness for sure," Caleb's dad, Kobi, said.

Caleb's mom, Claire, says the day was emotional for everyone. "Just to see him walking on campus for the first time, I just wanted to cry," she added.

While it is just day one for the Marietta genius, Caleb has already planned the next several years.

“Hopefully, I get my bachelor's and masters here. I’m really hoping to learn a lot of things here, meet a lot of acquaintances for the schools I want to go to and the places I want to work," he said.

Caleb attended Chattahoochee Technical College for two years before getting his acceptance at Georgia Tech. He is majoring in aerospace engineering and minoring in chemistry. He says he has dreams of working with aircraft as an aeronautical engineer.