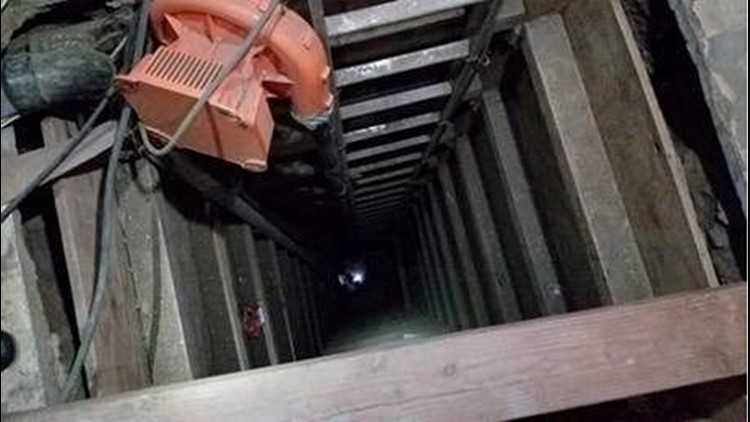 The tunnel was discovered in September by Mexico State Police, Policia Estatal Preventiva (PEP), and Mexican military forces while conducting an operation in Jacume, Baja California, Mexico, at a residence located approximately 221 feet south of the United States/Mexico international boundary.

Mexican authorities authorized the U.S. Border Patrol's Western Corridor Tunnel Interdiction Group (WCTIG) to enter the tunnel through the entrance location in Jacumba in order to map and determine if the tunnel had an exit point in the United States.

U.S. agents were able to determine that the tunnel entry point had a shaft that was approximately 31 feet deep, with a total length of 627 feet, of which 336 feet were inside the United States.

The average size of the tunnel in the United States was three feet in height and roughly two and one-half feet in width. Agents reached an exit shaft that went approximately 15 feet up toward the surface but did not break the surface and did not have an exit point into the United States.

Agents also reported that there was a solar panel system used to run the electrical, lighting and ventilation systems that were in the tunnel.

There were also two sump-pump systems within the tunnel to pump out any water that gathered in the tunnel. Agents also reported that a rail system was installed that ran the entire length of the tunnel.